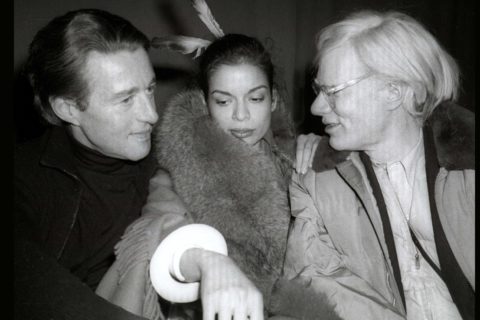 Halston is the Best Fashion Film of 2019 So Far

The name Halston is synonymous with 1970s fashion in all its louche glamour.

Born in Iowa in 1932, Roy Halston Frowick started out as a milliner and rose to prominence when he designed Jacqueline Kennedy’s pillbox hat for the presidential inauguration in 1961. Halston launched his ready-to-wear line in 1969 and revolutionized fashion with his embrace of Grecian goddess silhouettes and soft, graceful fabrics. He counted celebrities like Bianca Jagger and Liza Minnelli as friends and clients, and his luxe comfort wear came to define the look of the disco era.

Those who are nostalgic for the 1970s, whether they lived through the heady days of Studio 54 or experienced it merely through contemporary fashion’s ongoing love affair with the era, are definitely going to want to check out Halston, the latest fashion biopic that premiered over the weekend at New York’s Tribeca Film Festival.

Directed by Frédéric Tcheng, who previously helmed the fashion documentaries Dior and I and Diana Vreeland: The Eye Has to Travel, Halston provides a veritable treasure trove of archival footage and presents Halston’s evolution from his prime as a celebrity designer to his downfall in the 1980s in a way that’s both engaging an accessible.

Fashion documentaries are often formally uninteresting, feeling more like expository history books than vibrant encapsulations of their subjects. (With Bill Cunningham New York a notable exception.)  Halston attempts to add visual and narrative interest via Tavi Gevinson going through Halston’s archive and providing a voiceover. These scenes, in which Gevinson is meant to be something of an audience surrogate as she discovers the complexities of Halston’s life, don’t add much beyond the novelty of seeing a current it girl engage with fashion history. The primary source material is strong enough to stand on its own.

To see his dresses in motion is to really understand his brilliance as a designer.

The runway footage in Halston is the stuff that dreams are made of. To see his dresses in motion is to really understand his brilliance as a designer. Famous models of the era like Marisa Berenson, Karen Bjornson, and Pat Cleveland (all of whom also appear as talking heads) shimmy down the runways with their diaphanous dresses floating around them like clouds, and one priceless clip shows Iman in what was her very first fashion show. Halston was known for cutting his dresses on the bias, leading to an easygoing yet undeniably sensual silhouette.

Part of what intrigues the most about Halston’s designs is their combination of minimalism and extravagance—his dresses are simply constructed and not too frilly, but at the same time they’re glamorous and inextricably bound with images of disco-era excess. These are dresses made for dancing in. They move with the body and don’t constrain. The shapes and fabrics are inviting—seeing the dresses in motion makes you want to try one on.

The models Halston worked with most frequently were charmingly known as “Halstonettes,” and to have been a part of this elite group seems quite a heady experience. The models in the film all reflect on their time with Halston with passion and sincerity. The Halston/Halstonette relationship was synergistic—collections were designed around these women, and they walked in all his runway shows. Today, fashion relies on the cult of celebrity to sell clothes and a Halstonette in current parlance could be an influencer. Halston, with his mononymous brand and accolades as America’s most famous designer, was a charismatic presence and shrewd marketer who always had an eye toward the future.

The film isn’t all disco dreams, of course. In the early 80s, Halston created a line for JCPenney, becoming the first high-end designer to create a secondary line with a mass retailer. Such collaborations are now commonplace, and while Halston’s move was innovative, it also marked the beginning of the end. The documentary may be fun to watch, but it takes a sad turn as corporate greed and clashing personalities come into play, and the Halston brand fades out shortly after the disco era.

Even those without a vested interest in Halston’s design may find the documentary compelling.

Even those without a vested interest in Halston’s design may find the documentary compelling. In illustrating the rise and fall of the famed designer, the film touches on themes that reach beyond the fashion world—globalization, branding, the ideological shift from the freewheeling 1970s to the cutthroat, business-obsessed 1980s, and gay identity all factor into the story.

Halston avoids the hagiography that so often plagues fashion documentaries, depicting a domineering side that both helped and hurt his business. Without an aggressive vision and perfectionist drive, Halston may never have reached his peak of swirling, elegant dresses.

The film leaves us with an occasionally thorny, thoroughly researched portrait of a game-changing designer, and the fashion inspiration onscreen is likely the best you’ll see all year.