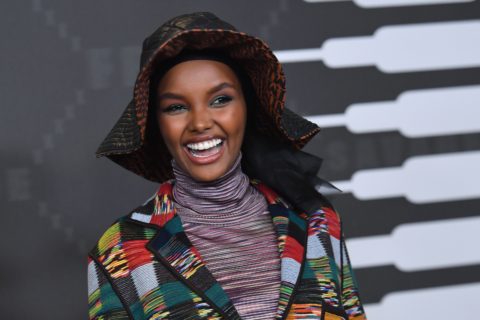 Halima Aden, the groundbreaking hijabi model, announced that she’s quitting the fashion industry, citing pressures to compromise her religious beliefs. It’s a major announcement from the model, who was one of the first women who wore a hijab to be signed to a major modelling agency. Aden shot to fame in 2016 after appearing in the Miss USA Beauty Pageant, and went on to front covers for international fashion titles and walk runways for the world’s biggest brands. The 23-year-old was also the first hijabi model to cover Sports Illustrated.

Aden took to Instagram Stories to share a number of posts outlining her decision. She called the fashion industry “a hot mess” and detailed the “highs and lows” of her four year career. “I can only blame myself for caring more about opportunity than what was actually at stake,” she wrote, noting that she missed prayer times when working, and worked with stylists who did not understand modest fashion or how to style the hijab. Aden also specifically touched on an American Eagle campaign in which she had jeans styled on her head. “Why did I allow them to put jeans on my head when at the time I had only ever worn skirts and long dresses? I was just so desperate back then for any ‘representation’ that I lost touch with who I was.”

The model said she had revelation during COVID, after spending more time at home – “[I] finally realized where I went wrong.” Aden shared various shoot imagery in which her hijab did not cover her shoulders or chest, or where it was hidden from view. Of these shoots she said they were “essentially erasing my hijab completely.” Aden did however praise Rihanna for the shoot she featured in for Fenty Beauty, writing, “[Rihanna] let me wear the hijab I brought to set. This is the girl I’m returning to, the real Halima.”

Aden noted that while she’s taking a step back, she’s not leaving the industry entirely – but rather she has new clear boundaries that she will not deviate from. “If my hijab can’t be visible, I’m not showing up,” she wrote alongside images that showed her wearing a hijab which covered her shoulders and chest. “This is the standard moving forward if you want to work with me. Come correct or don’t come at all. Nothing less, nothing more.” She continued, “These spaces were always predominantly white, so you are already at a disadvantage for simply being YOU in a workplace that never considered someone of your background. We can’t give up, but it’s good to remain mindful.”

Today, the model wrote that now she can “sleep in peace” after announcing her decision. “Wow this is actually the most relief I felt [sic] since I started in 2016. Keeping that in was literal poison.”