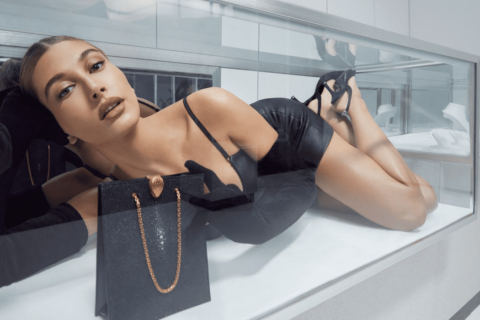 From Hailey Bieber's new campaign to a Missy Elliott museum, here's the news you might have missed from the fashion world this week...

Alexander Wang is teaming up with Bvlgari

US designer Alexander Wang has teamed up with luxury Italian accessories label Bvlgari as part of its “Serpenti Through The Eyes Of” series. For the collaboration, Wang has reimagined the brand’s classic Serpenti Forever handbag in six new designs (including a belt bag and a tote) in three distinct colours: black, mint green and white. Hailey Bieber is the face of the campaign, and the collection launches on September 7.

Lewis Hamilton is back for another season with Ralph Lauren

Super pumped to share #TommyXLewis Season 3 with you guys. This collection celebrates the power of unity. We should express our individuality with confidence and all unite through our differences. I am blessed to be learning and growing every day as a creative designer. Season 3 is definitely the best collection we’ve done so far and I’m so grateful for all the team who’ve helped make this happen. Thank you @tommyhilfiger @thomasjhilfiger ?? Watch out for drop 1 soon.

Following the success of his first two collections for the brand, Formula One champion Lewis Hamilton is back designing again for Ralph Lauren. The race car driver announced via Instagram that  his upcoming collection “celebrates the power of unity” adding that “we should express our individuality with confidence and all unite through our differences.” The menswear collection will be available from September 2, however a limited number of the Lewis Hamilton Signature Logo T-shirts are being released ahead of that date. Finished in a pale blue, the tee features a revamped logo as well as Hamilton and Hilfiger’s names across the front.

A Missy Elliott museum is opening in New York City

This year has been a tremendous year for me…I am humbled and grateful. THANK YOU for allowing me to smell the roses. You, my fans, and God are the reason I am here and have celebrated every milestone with me! So, I have a SURPRISE for you… let’s continue the celebration at midnight tonight…I’m dropping a collection of new songs! Let’s #ThrowItBack to a time when music just felt good and made us want to dance! Sincerely, Dr. Melissa “Missy” Elliott #Iconology

Earlier this month it was announced that rap legend Missy Elliott was finally being honoured at the VMAs as the recipient of this year’s Vanguard Award. And to celebrate the well-deserved win, the VMAs have teamed up with Pepsi on a pop-up museum dedicated to the star. According to WWD, “the museum is billed as an interactive, social-media experience for Elliott’s fans, giving them an inside look at some of her most famous music videos outfits.” You’ll also have the chance to try on her iconic trash bag dress from The Rain music video. It’s open now in NYC until tomorrow at 6pm.