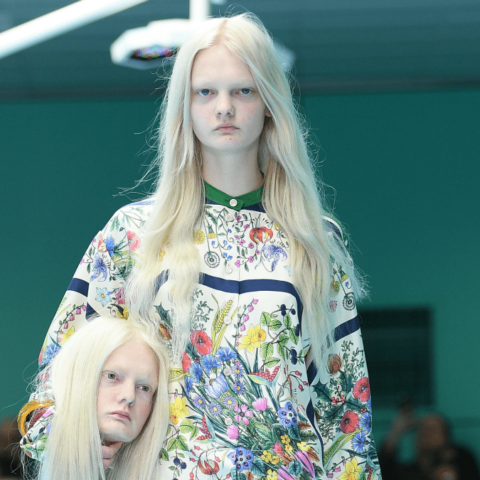 Gucci Donates $500,000 to the Student-Led March For Our Lives Rally

Gucci announced today that the brand is donating $500,000 to the gun-control march planned for Washington next month. The rally was organized following the massacre in Parkland, Florida, where a gunman killed 17 people on February 14.

According to The Washington Post, they are expecting as many as 500,000 attendees at the event organized by students at Marjory Stoneman Douglas High School. George and Amal Clooney also donated $500,000 to the cause earlier this week and Oprah Winfrey soon followed suit, inspired by their actions.

“I am truly moved by the courage of these students,” Gucci creative director Alessandro Michele told WWD.

“My love is with them and it will be next to them on March 24. I am standing with March for Our Lives and the strong young women and men across the United States who are fighting for their generation and those to come,” he added.

Under Michele’s leadership, Gucci has become more popular than ever among millennials and Gen Z-ers, and this latest show of support by the brand toward student activists is sure to garner them plenty more love. Hopefully we’ll see other fashion brands follow suit.

photography via Instagram/@style_illustrated
Get the best of FASHION in your inbox Thanks for signing up!
The latest fashion, beauty and celeb news delivered right to your email #FASHIONforall Now, check your inbox to complete your subscription
We won’t ever use your email address for anything else
Want even more FASHION? Follow us on social media.