This Jewellery Is Exactly What You Need for 2017

Sarah Burton’s collections for Alexander McQueen often have historical references, and this season was no exception. The pieces were hyper-feminine and hyper-magical and included a gauzy parade of dresses, sexy corsets and lush ostrich-plume embellishments. In addition, many of the looks featured the creative director’s “Obsession” talisman print, which is steeped in motifs like butterflies, clocks, moths and skulls. The idea for the print came about after Burton had spent time at London’s Sir John Soane’s Museum, where she was inspired by the objects that explorers like Charles Darwin collected on their voyages.

Ascribing meaning to objects, whether they be charms, amulets or talismans, isn’t new. Neanderthals used amulets in burials as far back as 25,000 BC. Although charms and amulets—like the evil eye or rabbit’s foot—are thought to protect the wearer from evil, danger or disease, talismans are said to imbue positive personal power. Even the moth and skull motifs that recur throughout McQueen’s collections are considered talismans to the house.

Conduct even the briefest Etsy search and you’ll find that the jewellery category is filled with talismans, often crafted by cottage-industry artisans. More recently we saw Jennifer Aniston, in the aftermath of Brad Pitt and Angelina Jolie’s separation, wearing an evil-eye amulet made by It-girl jeweller Jennifer Meyer. Today, the idea that a necklace or object can offer protection from ill will is lending an almost mystical melancholy to fashion. OK, perhaps we’re reading too much into Aniston’s necklace. But in this age of geo-political uncertainty, where interpersonal contact seems to be waning as our knowledge of human tragedy soars, maybe not. Perhaps a simple talisman can make the difference between getting out the door in the morning and rolling over and going back to sleep.

Fine-jewellery designer Diane Kordas recently unveiled her Amulette collection: nine different 18-karat-gold vials designed to hold scent around the neck, each embellished with diamonds and a stopper. “If you fill an Amulette with your loved one’s perfume, it keeps that person close to your heart no matter how much distance there may be,” explains Kordas, who counts an evil-eye bracelet gifted by her husband as her most cherished piece. “I also like to think my pieces bring a little bit of magic to those who wear them.”

I’m not above using power pieces, like a malachite pendant to help ease congested lungs or my peridot ring to soothe a jealous patch in the early days of a new romance. After my father died, I was tasked with sourcing an appropriate urn for his ashes. In my research, I came across a simple silver pendant that holds cremains and ordered it. It took months to work up the nerve to handle my father’s ashes and pour some of them into the pendant, but I finally did it; that piece meant so much to me. Earlier this year, I was leaving a coffee date when I heard a faint ping but didn’t know what it was. Blocks later, I realized that my habit of rolling the pendant between my thumb and index finger had resulted in my accidentally unscrewing it. I retraced my steps, but it was gone. Instead of feeling sad, I was reminded of how my father liked to walk several metres ahead or several behind. Perhaps it was simply time for him to be free.

It’s a balmy fall afternoon when I visit Cheryl Labbett and Maggie Aurocco’s Bluboho boutique in Toronto. The exposed brick walls gleam with light, and the space feels more Venice Beach than Queen Street West. The shop carries a curated collection of evil-eye string bracelets, hamsa pendants and tripod earrings (“tri” for past, present and future) from various designers. A copy of The New Bohemians: Cool and Collected Homes sits on a table.

“We wanted to be the place where people go to celebrate moments in their lives—and not just the good moments,” says Labbett. “Life is messy. Jewellery is the one thing you keep with you throughout your lifetime. You pick that piece up years later and it brings you back to that time, and you remember where you’ve been. Jewellery becomes markers for us and our talismans.”

One glass armoire at Bluboho is devoted to the Pyrrha jewellery line by Vancouver designers Danielle and Wade Papin. After launching their line in the 1990s, they found a box of badly damaged Victorian-era wax seals at an estate sale. The images of crescent moons, ravens, butterflies and winged hearts inspired them to design the popular 300-plus Talisman collection. Each piece has a symbolic connection that is linked to the heraldry associated with the different seals. For example, a diamond-shaped shield with four crescent moons symbolizes the importance of embracing change. A dragon brings good fortune, and two hearts joined by a ribbon references the uniting of two souls. “I think fashion can be so disposable at times,” explains Wade. “People are looking for things to hold on to. Our pieces are like a tattoo for a lot of our customers. They are deeply personal and offer a way to deepen the connection to themselves and others.”

Danielle says she regularly wears the “I Was Here,” “See the Journey” and gold-on-silver “Gryphon Head” necklaces, while Wade says his go-to piece is a ring that reads “Courage without fear.” “I consider myself an anxious person—not when it comes to business or things like that, but in my personal life,” he says. “The ring does the job it’s supposed to do. We design them to inspire. I guess that’s where we ultimately came up with the talisman idea. Even though it’s not a magical property per se, it’s like the magic lies within you.”

—With files from Aya McMillan 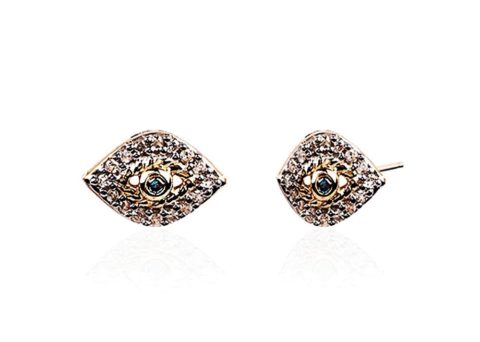 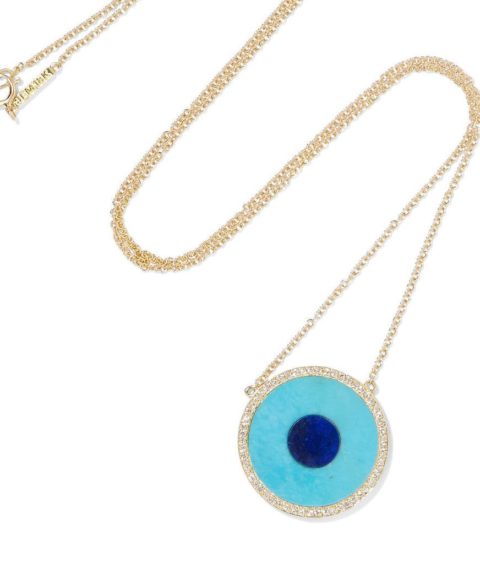 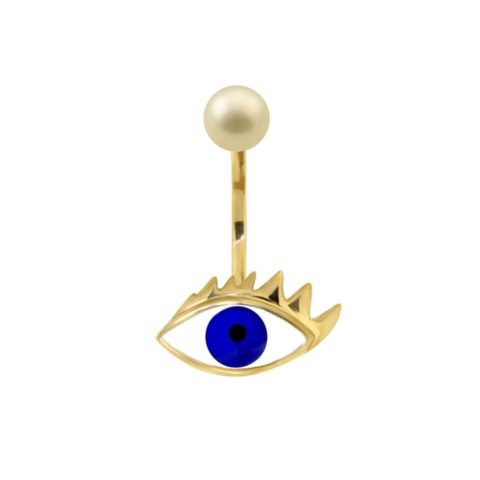 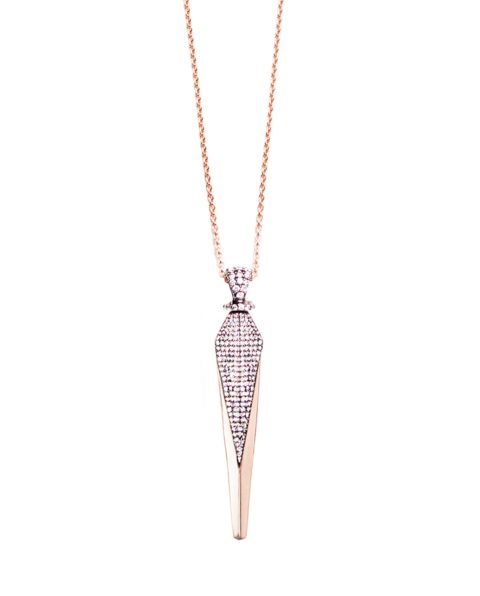 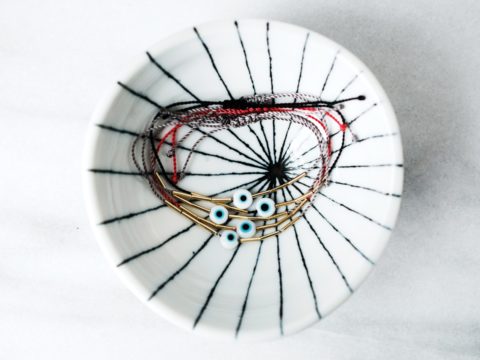 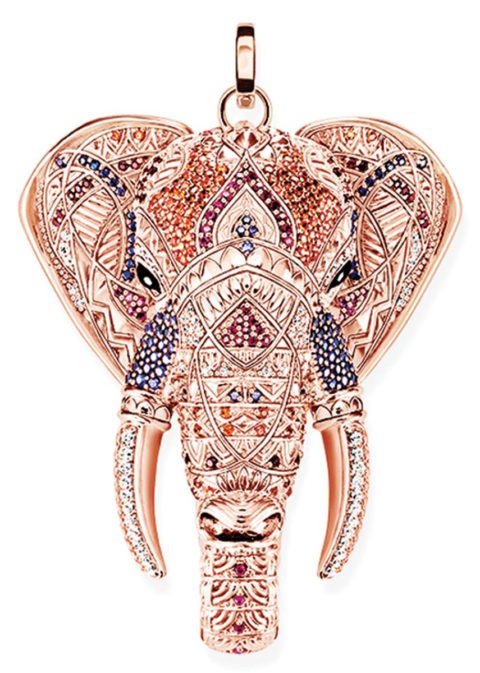