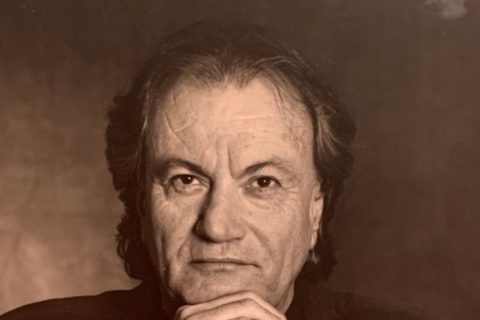 He died as a result of coronavirus, his family revealed overnight.

Iconic Italian footwear maker Sergio Rossi has passed away, aged 84, it was has been confirmed overnight.

The designer died as a result of coronavirus, after having been hospitalized over the past few days.

In a statement, the brand’s CEO Riccardo Sciutto paid tribute to Rossi saying, “He was a master, it was a great pleasure to have met him. He was our spiritual guide and he is today more than ever.” He added that he “loved women and was able to capture a woman’s femininity in a unique way. He was never over-the-top, always in good taste. The shoes were always wearable and he was never satisfied until they were perfect. They were not accessories for him. He told me once that he wanted to create the perfect extension of a woman’s leg.”

Rossi launched his eponymous label in 1968 and became one of the most sought-after shoe makers for fashion figures and women around the world alike. During his storied career, Rossi was responsible for creating iconic footwear silhouettes such as the curved-sole Opanca heel. He also famously collaborated with Gianni Versace, and his designs were worn by the likes of Rihanna, Scarlett Johannsson, Priyanka Chopra and Hailey Baldwin.

His son, Gianvito, followed in his father’s footsteps to create his own line of footwear, too. Gianvito paid tribute to his father in a lengthy statement, praising his “class and his strong, charismatic, generous, courageous character” adding that he was “a natural leader, loved and respected at the same time by his collaborators with whom, in the long journey of his life, he created one big family.” He ended the note by sharing a goodbye from the Rossi family: “The family offers, with love, their last goodbye: ‘With the unquenchable fire of your passion, you taught us that there are no limits for those who love what they do. Goodbye maestro.'”

Photograph courtesy of Sergio Rossi
Get the best of FASHION in your inbox Thanks for signing up!
The latest fashion, beauty and celeb news delivered right to your email #FASHIONforall Now, check your inbox to complete your subscription
We won’t ever use your email address for anything else
Want even more FASHION? Follow us on social media.