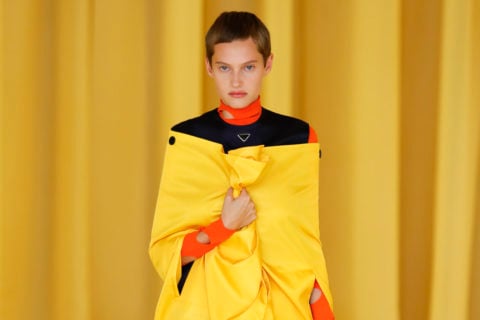 Honestly, there was so much to love.

Today, Raf Simons made his long-awaited and highly anticipated debut for Prada at Milan Fashion Week. Simons joins Miuccia Prada as co-creative director at the storied Italian house, and if there were any doubts about what the marriage of each one’s style into the brand would be, the pair stylishly quashed them during today’s presentation. Here are five reasons we loved the show:

1. There was something for everyone

Whether you’re a fan of Simons or of Prada exclusively, the collection had something for everyone. The iconic triangular Prada logo was on full display across the 12-minute long presentation, featuring heavily on both clothing and accessories, nodding to the legacy that Miuccia has built during her time at the helm. The flouncy midi skirts were also reminiscent of Prada’s own personal style. Simons’ influence was also clear in the printed separates, nonchalantly held outerwear and oversized silhouettes. 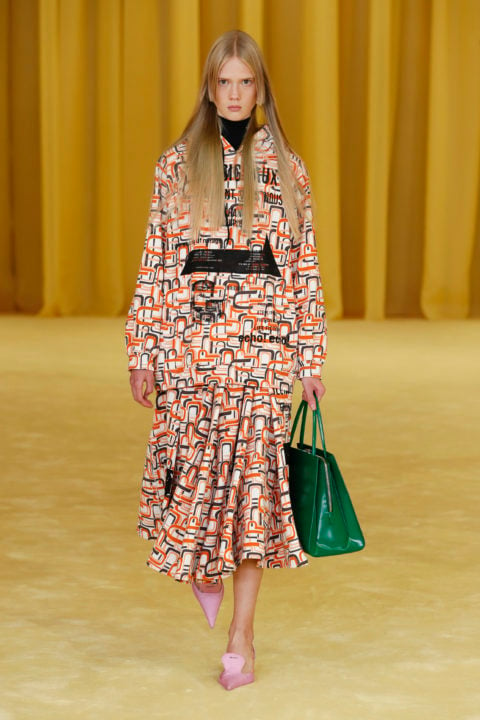 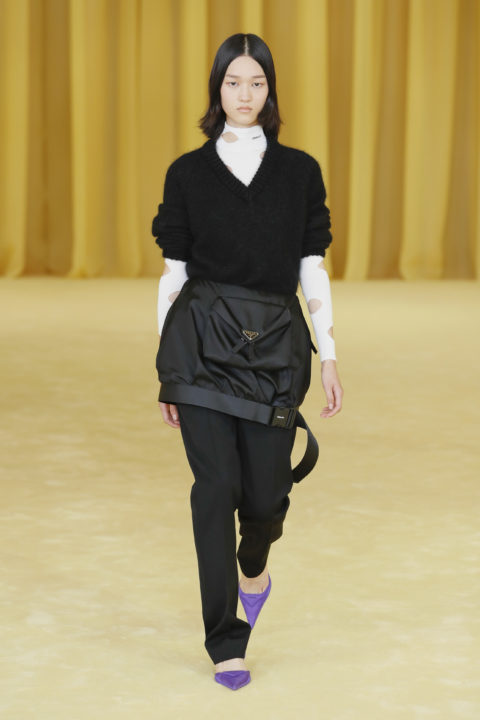 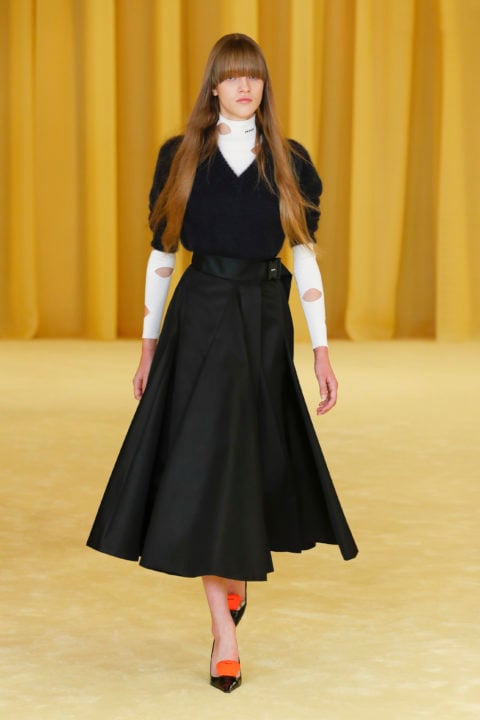 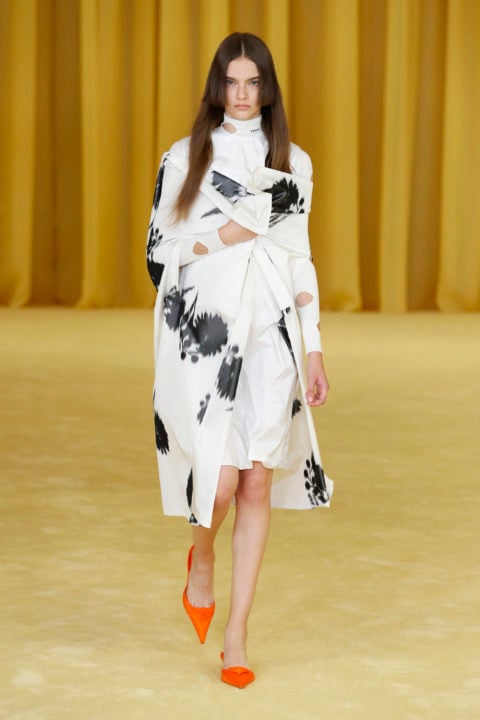 2. It gave us a chance to really focus on the clothes

A simple yellow backdrop allowed the pair’s designs to really stand out – plus, the way in which the digital presentation was filmed meant there was a much greater focus on the clothing than in others we’ve seen. Tight, lingering shots revealed key details on clothing, and greater detail on accessories for a collection reveal that – although digital – felt incredibly personal to the viewer.

3. All of the models used in the show were first-timers

Every single model that featured in today’s Prada presentation was making their catwalk debut – which is a fairly epic way to start your CV.

4. The music was done by a British-Canadian artist

The cool beats that accompanied the show were the work of British-Canadian electronic musician Richie Hawtin, also known as Plastikman, who lived in Ontario from the ages of 9-17.

5. The conversation between Raf and Miuccia that happened at the end of the show

At the conclusion of the presentation, Raf and Miuccia appeared side-by-side (well, six feet apart but you know what we mean) for a 20-minute long conversation. They crowdsourced questions from across the world, which touched on a range of subjects including why they wanted to work together (“I think we’ve always been very interested in each other’s work,” said Simons), how it was to work with another designer (“It is easier, you can share more than you used to share.. and it’s more interesting,” Miuccia noted), whether anything is ‘new’ anymore (“I think fashion in general always hopes for the new and every designer wants to be new but I think when you are in it for a long time, it’s important to be able to refresh your own body of work,” Simons offered adding that the new generation are the ones who will bring the new ideas), if they are doing subtraction or addition (“Both” was the shared answer), what they drink in the morning (coffee for Raf, hot water for Miuccia), as well as what “Prada-ness” means to them, advice for aspiring fashion designers, personal uniforms and more.

Watch the presentation and see the conversation below:

©imaxtree.com
Get the best of FASHION in your inbox Thanks for signing up!
The latest fashion, beauty and celeb news delivered right to your email #FASHIONforall Now, check your inbox to complete your subscription
We won’t ever use your email address for anything else
Want even more FASHION? Follow us on social media.