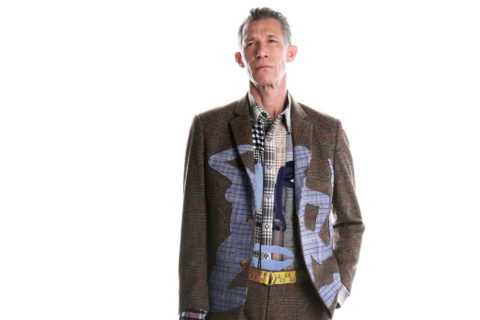 Photography courtesy of LVMH. A look by the brand KidSuper.
Style

The Finalists for the 2021 LVMH Prize Have Been Announced

Winners will be named this fall.

After a distinguished panel of judges — including Canadian-born fashion media entrepreneur Imran Amed, Dover Street Market CEO Adrian Joffe, journalist Susie Bubblem and British Vogue EIC Edward Enninful — and the public got their say earlier this month, the nine finalists for this year’s LVMH Prize were revealed this morning.

Delphine Arnault, director and executive vice president of Louis Vuitton, notes that this is the first time in the prize’s history that Colombia and Albania (represented by Nensi Dojaka) are highlighted; this might be due to the fact that also for the first time, fashion fans could have their say on who advanced from the range of semi-finalists.

“The all-digital semi-final this year, in the context of the health crisis, was a new opportunity to showcase the work of the designers,” Arnault said in a press release. “I would like to salute their creativity, optimism and reactivity, and congratulate them all. I would like to thank the 66 Experts for their involvement, as well as the public, who for the first time took part in the semi-final: 32,000 people voted for their favourite candidate! This year, nine designers (including two equally ranked semi-finalists) will go on to compete in the final of the LVMH Prize.”

Other designers in the running are Conner Ives, Charles de Vilmorin, Colm Dillane of the brand KidSuper, and Rui Zhou. The group is vying for the LVMH Prize’s financial reward and mentorship opportunity, and there’s an additional award named after Karl Lagerfeld that’s also up for grabs. Given how top-of-mind sustainability is in the fashion sphere, expectations of the winners will lay heavily on how they can interpret an eco-centric ethos in their work.

Photography courtesy of LVMH. A look by the brand KidSuper.
Get the best of FASHION in your inbox Thanks for signing up!
The latest fashion, beauty and celeb news delivered right to your email #FASHIONforall Now, check your inbox to complete your subscription
We won’t ever use your email address for anything else
Want even more FASHION? Follow us on social media.