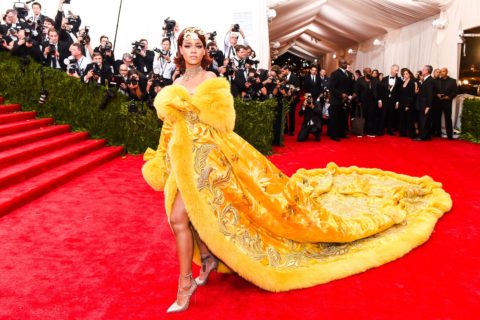 Why Capes are Fashion’s Latest Superhero

Back when I was a cub newspaper reporter, my editor informed me that my next assignment was to interview the group Destiny’s Child. Unaware that one member of the trio would go on to become the greatest living icon, I fretted about how little time I was going to be allotted with my subjects and how I could possibly spin 11 minutes of chit-chat into a full-length column. My solution was to sport a tweed cape that I’d recently purchased at a vintage store in Toronto’s Kensington Market. The thinking went that I’d instantly establish myself as not your typical newspaper reporter and the musicians would be inspired to ditch the press-tour sound bites and really connect. The moment I entered the Toronto hotel room, a teenaged Beyoncé Knowles (she had yet to drop the surname) looked up with a kittenish smile and complimented my unorthodox attire. We all spent a good four minutes discussing the city’s vintage scene, a conversation that would buy me the first few paragraphs of my article.

Though capes might just be simple sleeveless cloaks, they possess the near-magical power to position anyone daring enough to wear one as a dashing and dramatic soul. It’s impossible to put one on and not feel like a badass. Nineteenth-century Oscar Wilde was a notorious cape aficionado, as was the flamboyant entertainer Liberace, who in 1984 made a Radio City Music Hall appearance in a $380,000 Norwegian blue fox cape. More recently, former king of Vogue André Leon Talley learned to play up his imperial stature by making it his thing to enrobe himself in luxurious sheets of gold and royal blue.

Capes are making a comeback, as was seen on the Fall 2018 runways, where models sporting one iteration after the next stepped up like so many superheroes arriving in the nick of time. Jacquemus featured a diaphanous wool cape coat in olive green, while Alberta Ferretti showcased a cloak in nearly villainous heavy-duty black leather. A button-down cape in sumptuous shearling at Christian Dior was worn open over a barely-there mini-dress, reminding us that capes can flatter as well as protect. At our present moment, when so many of us feel under threat by the lousy politics playing out across the globe and in need of a superhero to save us, could there be a more perfect garment?

The cape’s devilish charms are bound to the name itself—the word “cape” derives from ex cappa, Latin for “to escape.” Indeed, the cape wearer is not to be messed with. In ancient times, capes were part of the Roman military uniform. Later on, they became standard-issue attire for fencers as well as superheroes in the modern canon. Nancy Deihl, director of the costume studies MA program at New York University, points out that capes are not exclusive to men; in centuries past, Celtic women wore them to keep warm and free-armed, while the matriarchs of European royal families donned heavy bejewelled versions at public ceremonies to telegraph their power and prestige. “A large part of the drama has to do with how the cape moves independently of the body,” says Deihl. “It confers power on the wearer but also a mystical quality.”

When Rihanna wanted to make a statement at the 2015 Met Gala, she turned up in an unforgettable turmeric-coloured Guo Pei fur-trimmed cape that trailed down the red carpet and launched a thousand memes. And earlier this year, when rumours swirled about the state of Beyoncé and Jay Z’s marriage, the icon took to the stage at Coachella in a stunning Queen Nefertiti-inspired headdress and, yes, matching cape. She looked every inch the majestic and invincible superstar. Maybe I really did make an impression.

Photography by Joe Schildhorn/BFA.com/REX/Shutterstock
Trends, beauty secrets, culture & more
Yours for only $1 an issue
Subscribe now!