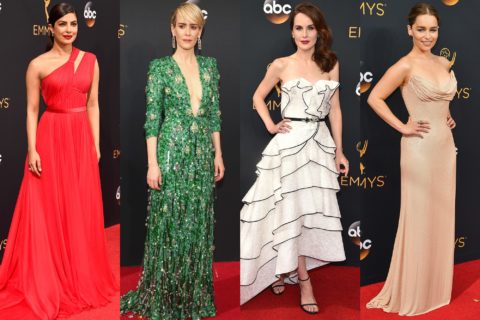 The small screen has never been so big. With wildly successful streaming services like Netflix and cable giants like HBO, alongside the network stalwarts, cranking out must-see tv, there’s a reason millennials are choosing to stay in on a Saturday night and chill with their fave shows. Movie stars are flocking to television too. No longer entertainment’s little sister, television has huge audiences and star power galore thanks to unlimited, on-demand play.

Aside from Jimmy Kimmel’s hilarious quips, we are of course tuning into tonight’s Emmy Awards for the fashion. After creeping the Instagrams of celebs all day as they prep for the show, we are always excited for the big red carpet reveal.

Despite the heat (everyone was fanning themselves as soon as they escaped the car’s AC), it seemed like the stars and their stylists were all on the same page. A steady stream of white dresses appeared on Julie Bowen, Tracie Ellis Ross, Heidi Klum, Keri Russell and Michelle Dockery. Yellow was also on trend tonight with Ellie Kemper in a knit number, Mandy Moore in a ruffled column and Taraji P. Henson all in egg yolk brights.

It wouldn’t be a megawatt event without a little sparkle, and Sarah Paulson (stunning in green Prada pailettes), Claire Danes (glowing in gold Schiaparelli) and Laverne Cox shine bright in sequins. Crayola colours, extra deep Vs and detached trains rounded out our top trends
of the night.

See all the best looks from the Emmy Awards red carpet here. 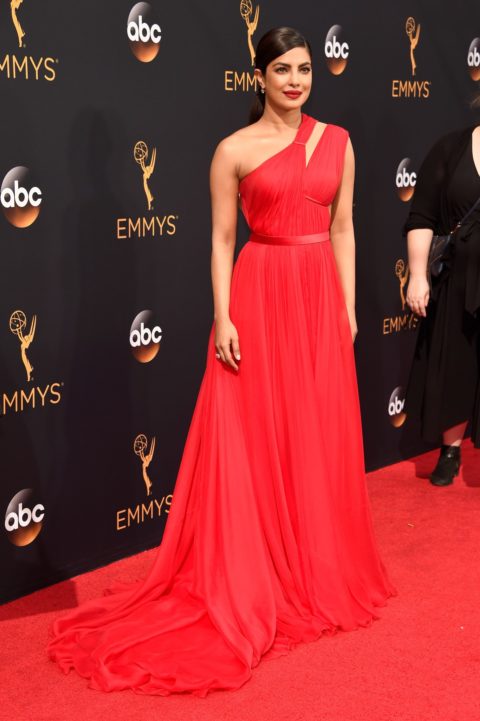 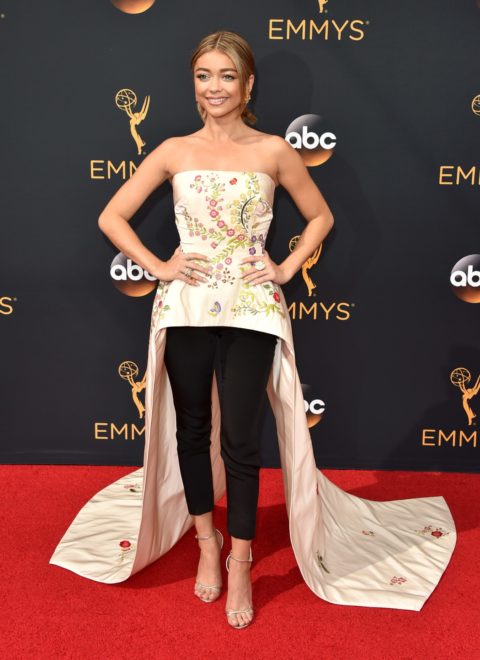 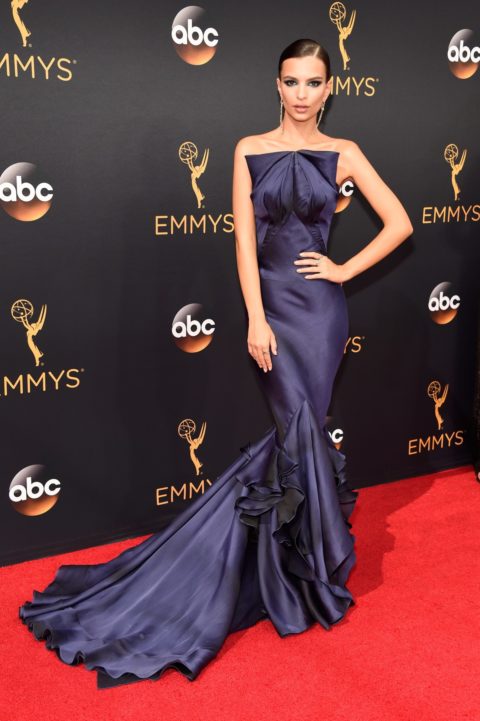 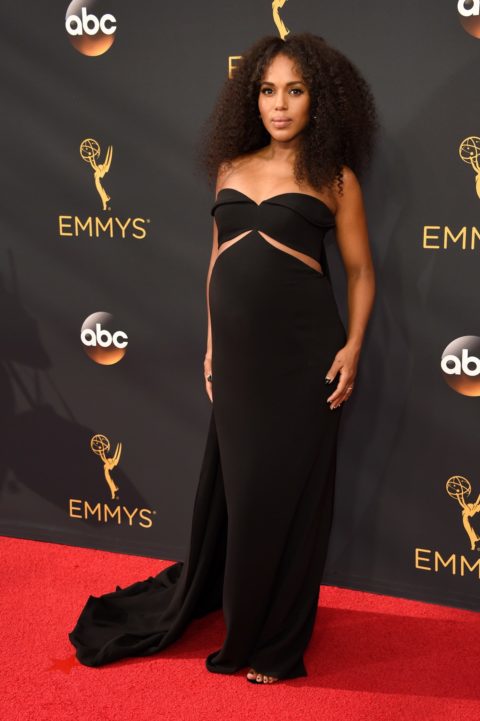 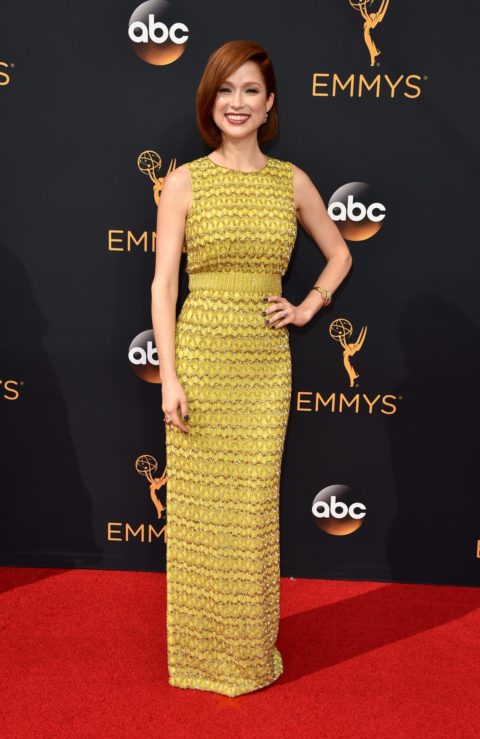 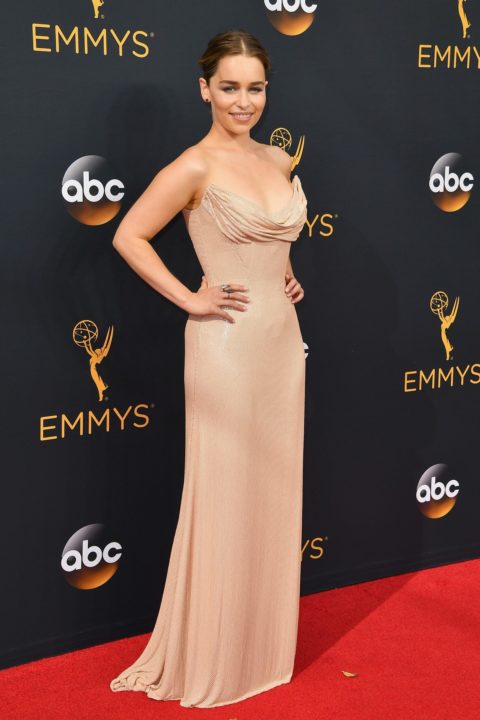 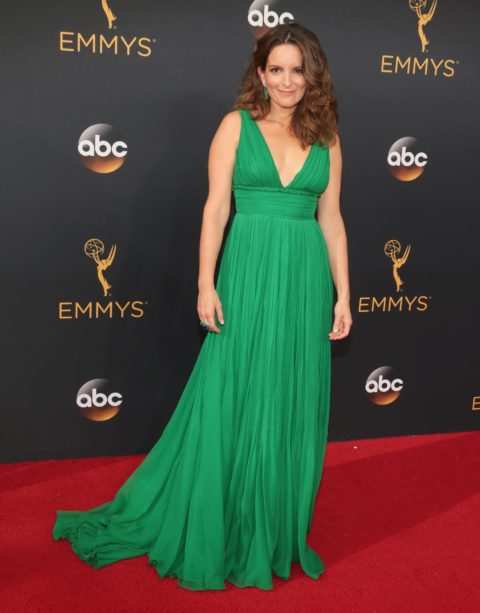 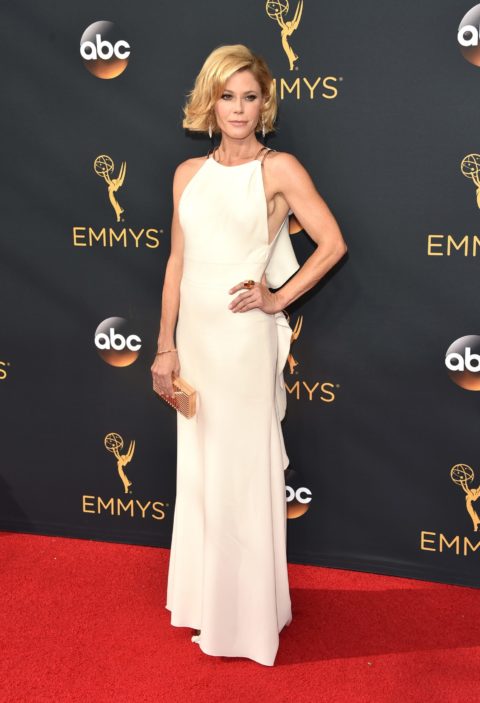 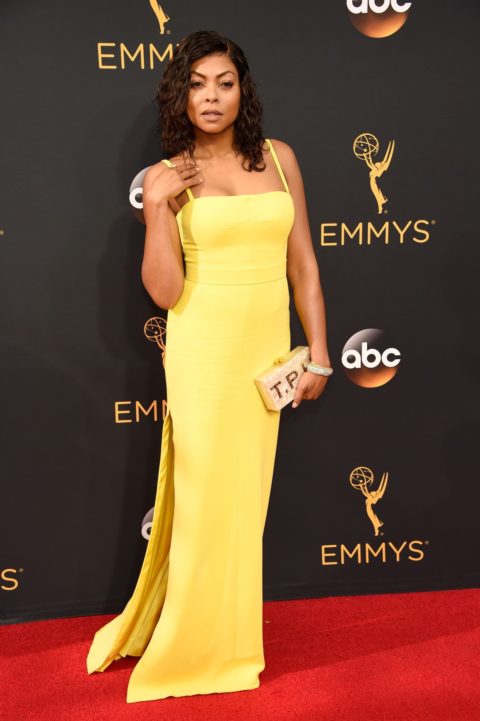 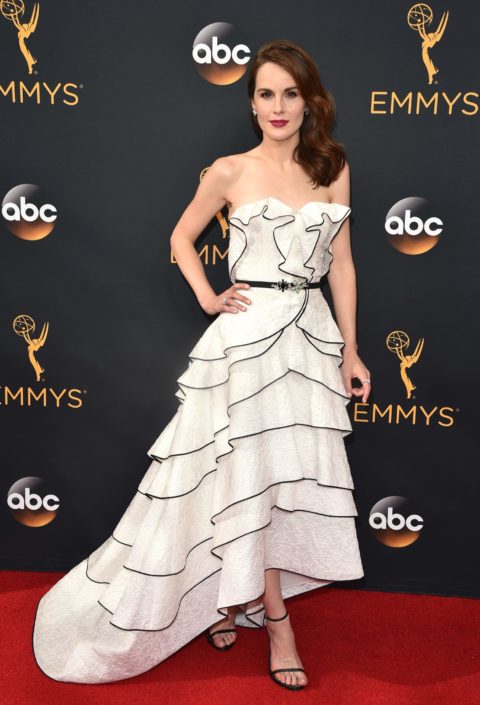 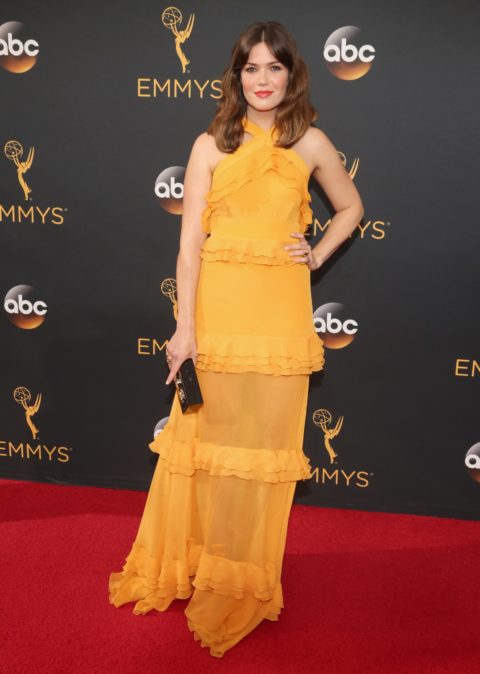 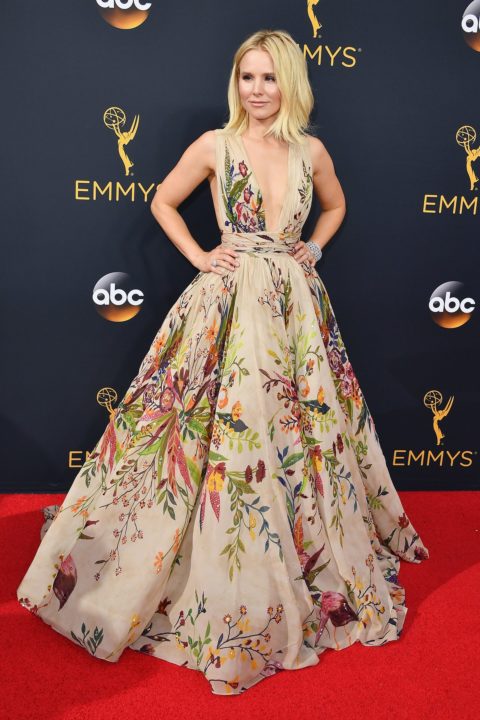 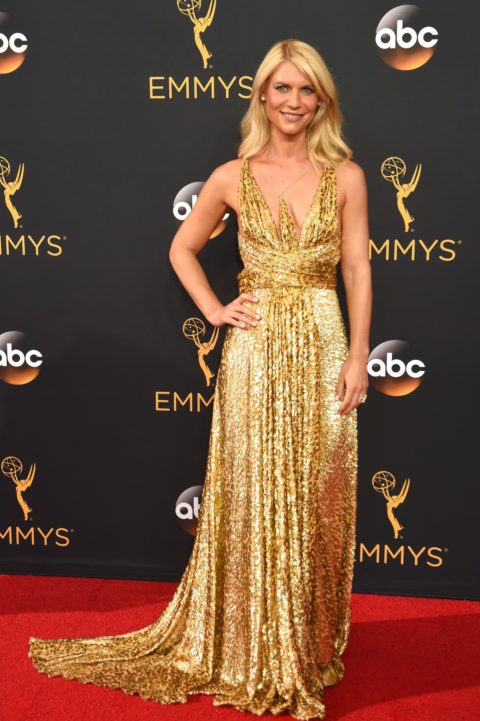 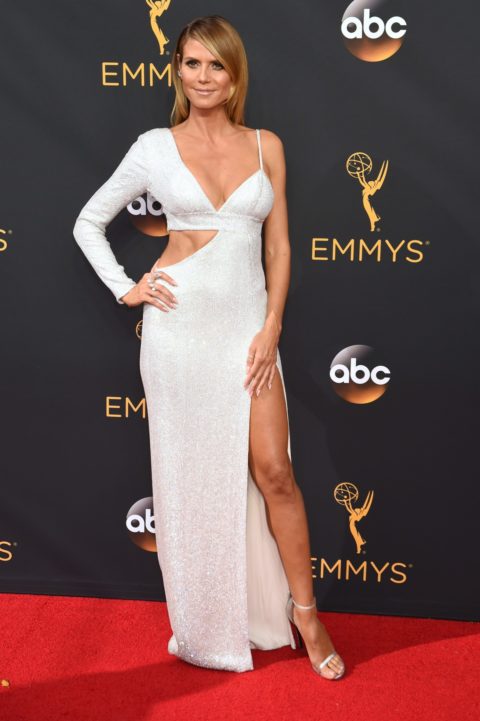 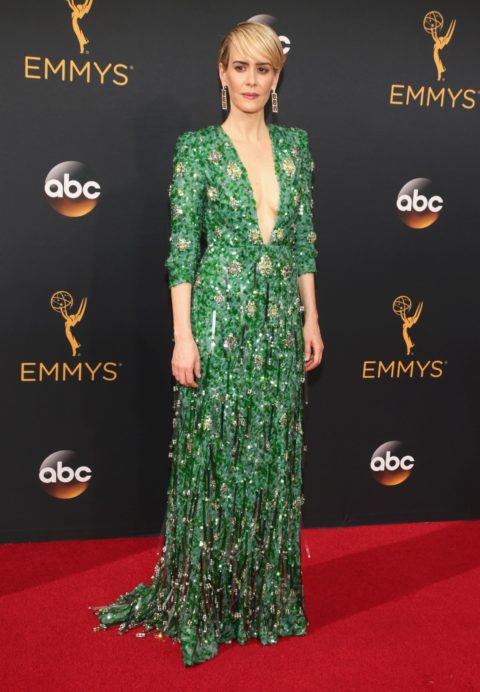 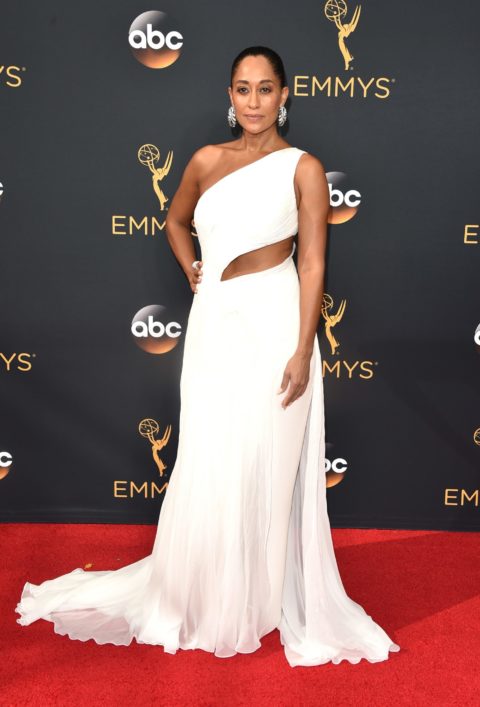 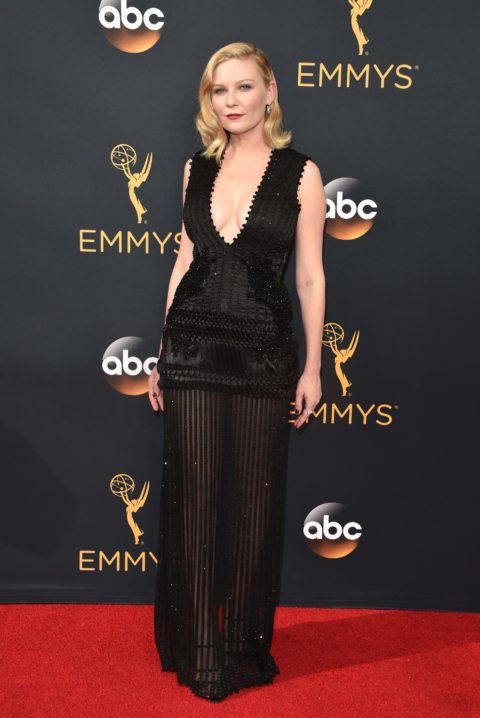 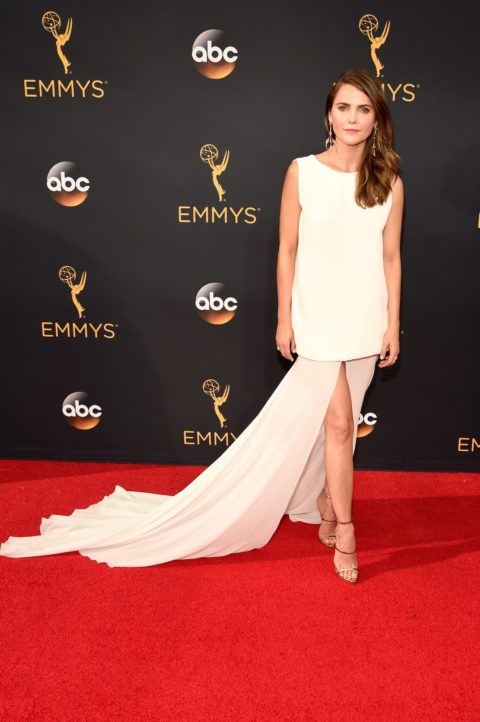 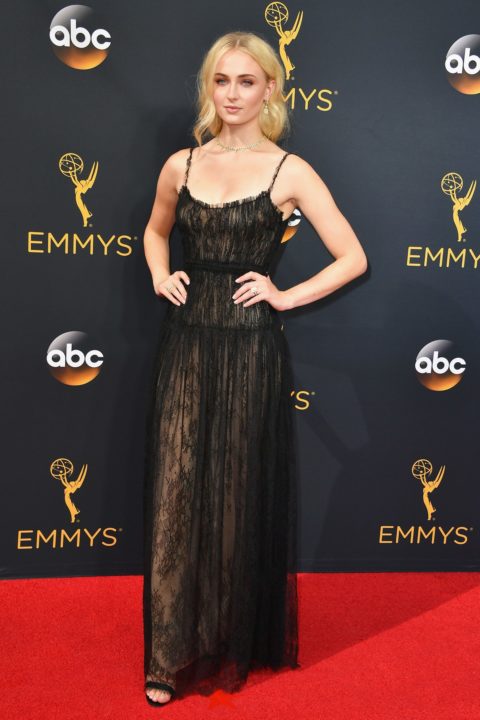 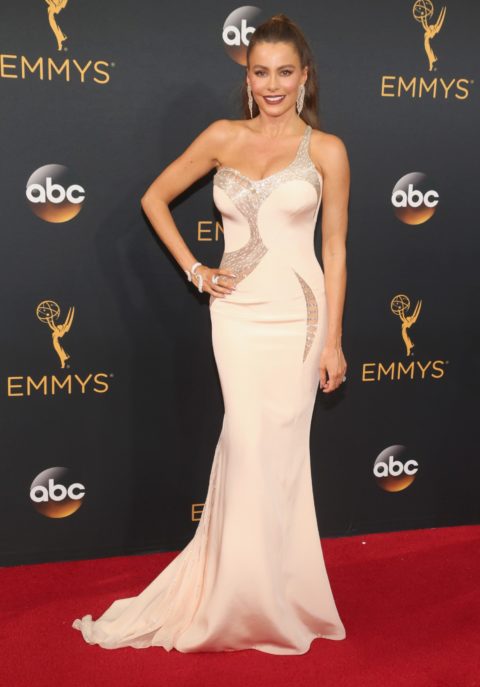 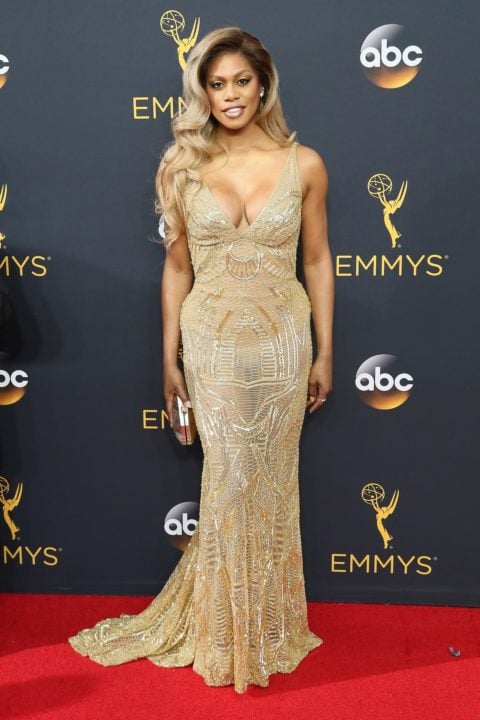 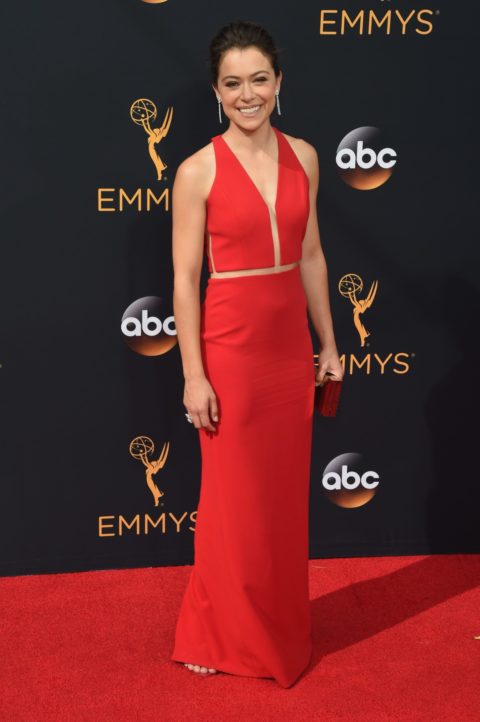 Priyana Chopra’s went red carpet red in her custom Jason Wu gown. The actress definitely doesn’t blend in with a flowing skirt that she made move in front of the step and repeat. Her bold lip and subtle cutout earn her an A+ for red carpet style.

Kerry Washington should win an award for best dressed pregnant woman
of all time. She slayed in sleek black Brandon Maxwell.

This soft, sparkling Versace gown is made for a Greek goddess. Emilia Clarke is a knockout is the curve hugging dress with a draped bust and simple slick body.

In one of the runway colors of spring 2017, sunshine yellow, Taraji P Henson is ahead of the trend wearing Vera Wang on the red carpet. The simple silhouette and monogramed clutch make her look top our best dressed list.

Michelle Dockery was one of many who donned a snow white gown. Her
black trimmed dress was by Oscar de la Renta.

There’s no denying Claire Danes was one of the night’s best dressed in
a gold sequined Schiaparelli gown.

A sliver of abs and a thigh high slit make this Michael Kors gown the perfect fit for Heidi Klum. The model turned TV host knows how to rock the red carpet like a runway.

Sarah Paulson was the epitome of a glamour girl in a shimmering green
Prada gown strewn with pailettes and diamond drop earrings.

This Ralph Lauren gown fits Tracee Ellis Ross like a glove. As the daughter of Diana Ross there’s no question Tracee knows glamour. Her white one-shouldered gown with an abdominal cutout feels elegant and modern.

Kirsten Dunst shimmered in a drop waist black Givenchy gown with sheer skirt that showed off both her décolletage and her long legs.

Keri Russell’s white mullet dress is the perfect combination of
structure and softness.

Sophie stuns in a delicate black lace Valentino dress. The slight raw ruffle along the neckline and straps give this gown best dressed status.

Tatiana Maslany is a vision in red in Alexander Wang.