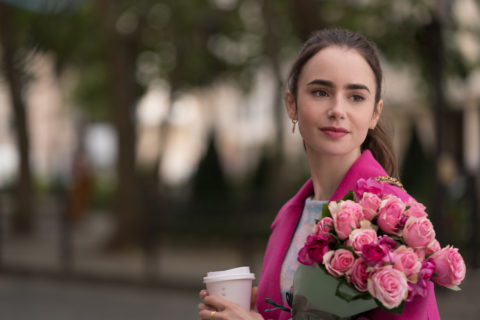 Emily in Paris Has Been Renewed for a Second Season

If you binged Netflix’s fall hit Emily in Paris and wanted a season two immediately once the finale had ended, then you’re in luck because the Darren Star-run show has officially been renewed for a second season.

Netflix cleverly made the announcement today in the form of a note from Sylvie Grateau (played by Philippine Leroy-Beaulieu) in which she writes that Emily Cooper (played by Lily Collins) “will need to remain in Paris for an extended period of time.” She added, “We hope that by extending her time in Paris, Emily will further the relationships she has already made, delve deeper into our culture and perhaps pick up a few words of French.” The note ended with Sylvie admitting that “we love having her in Paris” but telling Madeline not to let Emily know that.

bonjour! Emily will be in Paris for season 2!

Prior to the announcement, Star shared his plans for Emily in a second season with OprahMag.com saying, “In season two, she’s going to be more of a part of the fabric of the world she’s living in. She’ll be more of a resident of the city. She’ll have her feet on the ground a little more. She’s making a life there.”

We already can’t wait to see what happens – and what outfits Emily will wear – next.

STEPHANIE BRANCHU/NETFLIX © 2020
Get the best of FASHION in your inbox Thanks for signing up!
The latest fashion, beauty and celeb news delivered right to your email #FASHIONforall Now, check your inbox to complete your subscription
We won’t ever use your email address for anything else
Want even more FASHION? Follow us on social media.