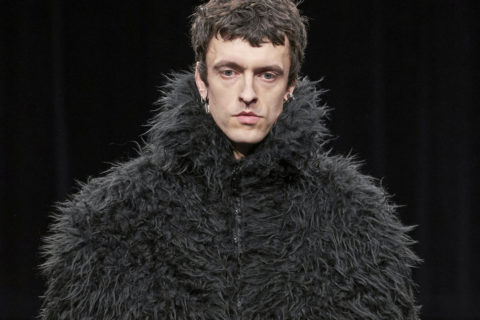 "I want to kind of erase the gender identification of couture being only for women."

Demna Gvasalia has never been one to play by fashion’s rules – and that’s exactly what makes him one of the industry’s most exciting designers. At a time when fashion is undergoing so much change and there are so many conversations around scheduling, seasons and the future of fashion as a whole, the Balenciaga designer is making his own plans, particularly when it comes to couture.

Back in July, couture week was cancelled on account of the COVID-19 pandemic and Balenciaga – due to return to the calendar for the first time since 1968 – announced that it was shifting its show to January. However, in a recent interview with WWD, Gvasalia revealed a whole new approach in that the brand will only show once a year in July, with no seasonal attachment, moving forward. “We have to learn again to be patient to wait for special stuff,” he told the site. “Doing it once a year, you have enough time to do really something special, to develop something that is not easy to copy. So it can really be true couture.”

Perhaps the most exciting part of the new approach however is the inclusion of men’s in the couture collection – something that historically has not been explored in the category. “I think men came to the point that they want to wear couture as well, and I know that we have some customers that will love that. I want to kind of erase the gender identification of couture being only for women, and only for older woman who have money to afford it,” Gvasalia explained of his decision to widen the scope of couture.

Given the new approach, the brand’s return to the couture calendar won’t take place until July 2021. Seeing as we’ve waited 52 years for the return of Balenciaga couture, what’s another 10 months?