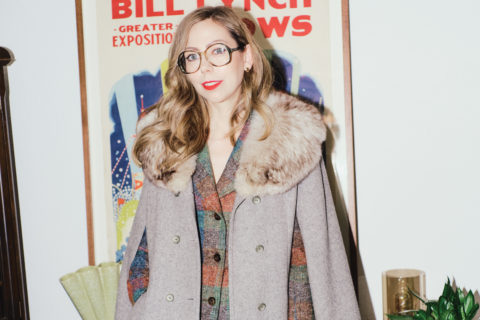 Inside the Remarkable Coat Closet of a Vintage Clothing Retailer

Dana Richardson-Blewett doesn’t know how many vintage coats she has in her collection. “I stopped counting once I reached 108,” she laughs from her home in Toronto. “I just can’t tell anymore because there are way too many.” And indeed there are.

As the owner of two businesses that sell and rent vintage clothing (Victory Girl Vintage and Victory Girl Collections), Richardson-Blewett has accumulated her own personal reservoir of retro outerwear, which would rival the archives of MGM Studios and Paramount Pictures combined. Her closet is like a perfectly preserved fashion time capsule, transporting those lucky enough to step inside it into a world where long fur stoles from the 1930s and ’40s intermingle with psychedelic patterns from the ’60s and ’70s and where leather trenches and wool capes conjure images from American Hustle and Gentlemen Prefer Blondes. And this isn’t even a quarter of her hoard.

“Coats are a crazy thing to collect because they take up a lot of room,” says Richardson-Blewett, lamenting her lack of storage space. As a result, she’s been forced to split her stockpile between her basement, her front hall closet and her parents’ house. (They don’t seem to mind.) It’s actually her family that’s to blame for her love of vintage. Her mother bought consigned clothing for Richardson-Blewett before she was even born. Her stepmother was a fashion professor at Brescia University College in London, Ont. And in the ’40s, her grandmother chose to forgo food for a month so she could afford a full-length mink masterpiece (although Richardson-Blewett believes this is probably an exaggeration).

Fittingly, one of the first pieces in Richardson-Blewett’s collection was a gift from her grandmother: a shorter version of the aforementioned furry finery. Another early addition was a blue leather jacket from the ’60s, a purchase inspired by her fascination with Twiggy and Mary Quant. However, Richardson-Blewett shares that her style has evolved since her teen years. “Now, it’s a mash-up of decades,” she begins. “After those early years, I wore a lot from the ’30s and ’40s, but now I’m really into the ’70s. It’s not about having one fashion icon but more of an overall vibe,” which she describes as feminine, eclectic and classic.

But with such a fascination with all vintage fashion, why collect coats? Well, for starters, Richardson-Blewett says that they’re easy to buy because “the fit doesn’t have to be perfect” and “there are always so many beautiful new ones to be discovered.” She also adds that older outerwear can work effortlessly with modern outfits. “When customers come into my store and say they want to get into vintage but don’t know where to start, I always tell them to buy a coat,” she explains. In fact, one of Richardson-Blewett’s favourite feelings is walking down the street in a statement ensemble and watching the reactions from passersby. A few strangers have even run after her, desperate to know where she had found a particular piece. She smiles at the thought of this and says, “I feel like a million bucks when I wear the right coat.”

And therein lies the truth about Richardson-Blewett’s jumble of retro jackets: It’s fuelled by pure, unabashed joy. She loves imagining the earlier life of a well-worn trench and delights in rummaging through the pockets of a repurposed peacoat, eager to find a souvenir from a previous owner. And, most importantly, Richardson-Blewett feels like the best version of herself while wearing them. “There’s something very powerful about sporting a beautiful vintage coat. I know I’m not going to blend into the crowd, and I like that.”

See some of Richardson-Blewett’s spectacular collection in the gallery below. 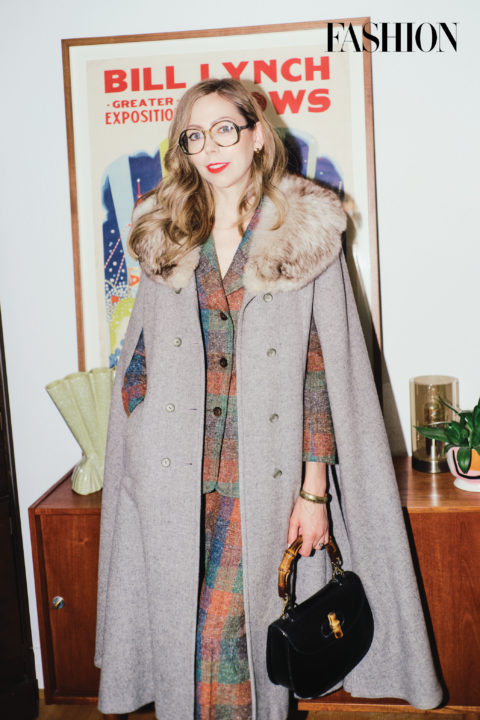 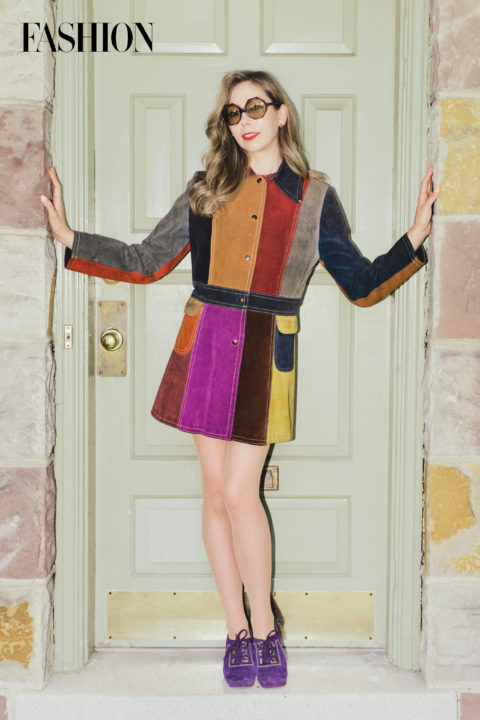 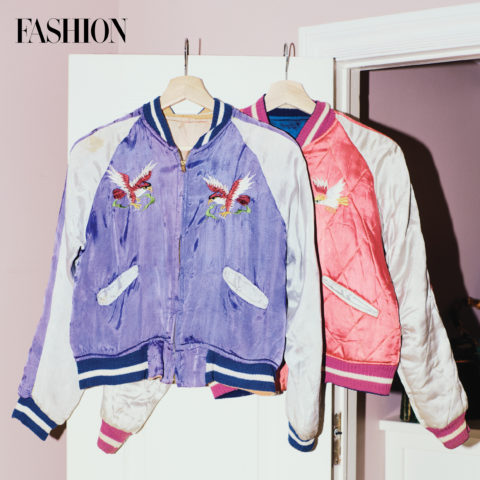 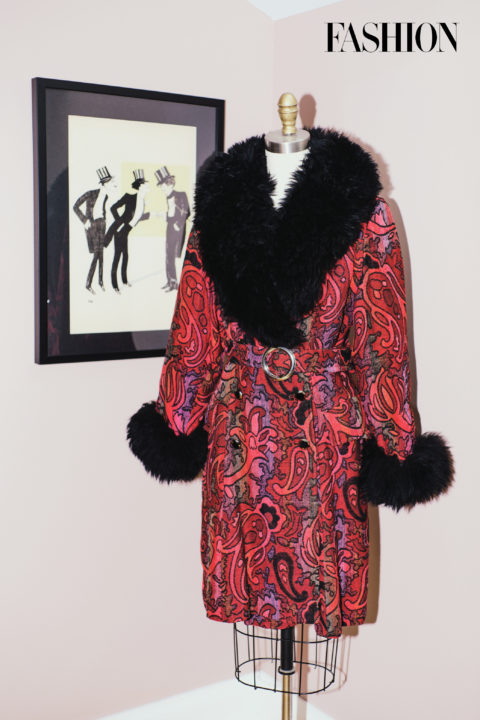 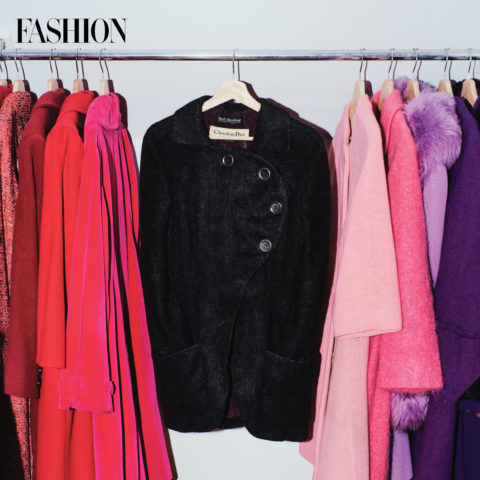 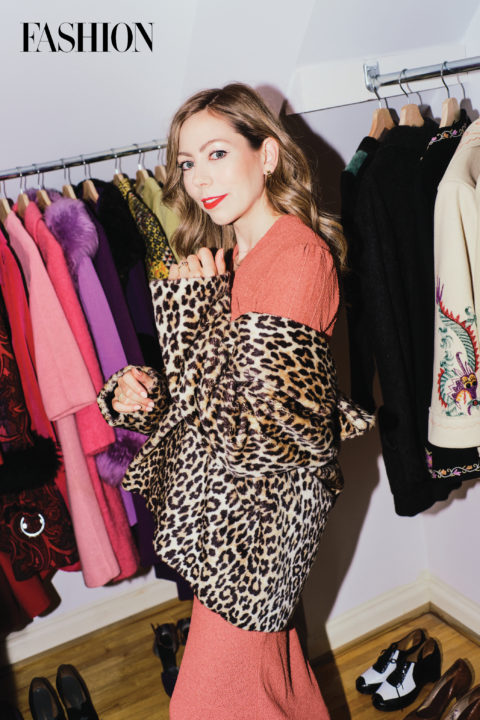 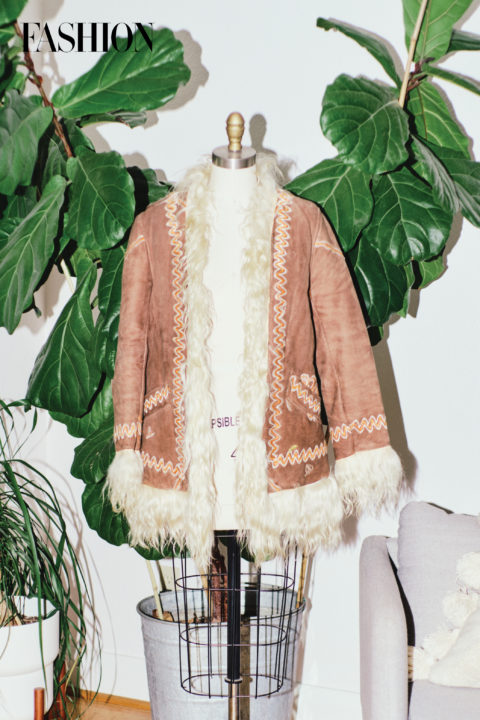 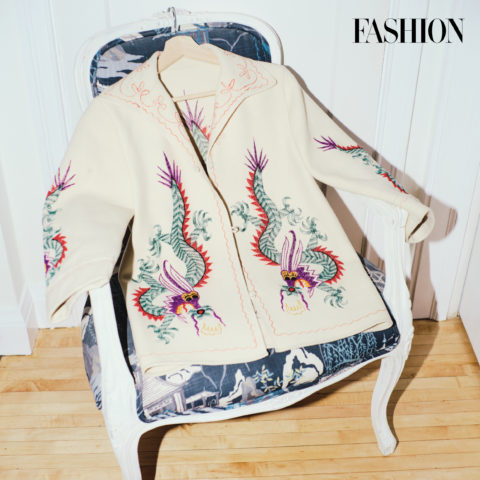 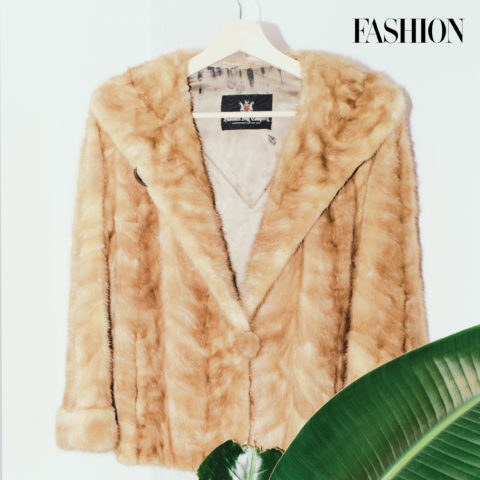 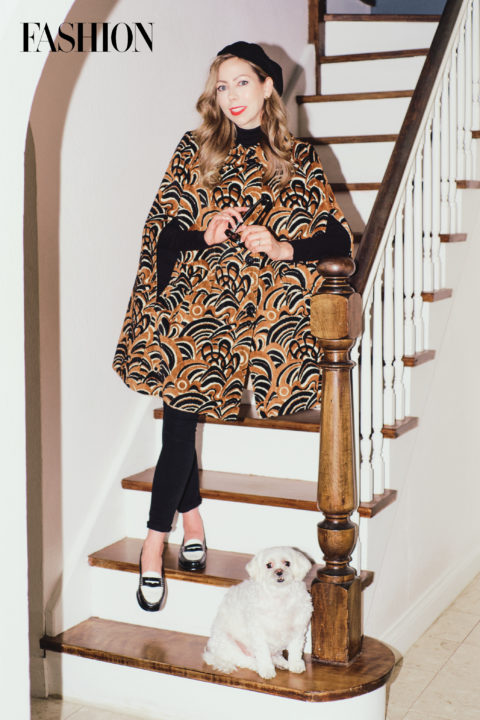 While Richardson-Blewett buys most of her garments from local vendors, she found this grey cape a few years ago during a summer trip to Paris. “I didn’t have room in my luggage for it, so I had to wear it on the plane,” she laughs. “But it was worth the very warm ride home.”

It took Richardson-Blewett over 30 hours to resurrect this purple souvenir jacket, which she got from a friend. “It was completely tattered: Every single seam on both sides was completely undone,” she explains. “So, over the winter, I sat in front of the TV and very tediously hand-stitched everything back together.”

This red brocade coat from the ’70s was originally a rental, but as soon as Richardson-Blewett tried it on, she knew she had to add it to her wardrobe.

While picking through a pile of garments with her wholesaler, Richardson-Blewett was initially intrigued by the unique silhouette of this coat, which she acquired for a mere $10. It wasn’t until she got home that she saw the designer label. “I almost fainted!” she reveals.

Is leopard print a neutral? “Absolutely,” exclaims the collector. “It goes with everything!” This explains why Richardson-Blewett has had this trench in her closet for the past 15 years. “It’s a classic and will likely stay in my collection forever,” she says.

Reminiscent of the iconic costume that Kate Hudson’s Penny Lane wore in Almost Famous, this shearling coat from Exile Vintage was one of Richardson-Blewett’s first pieces in her collection. “It cost a fortune for a 16-year-old, so my mom had to chip in to help me buy it,” she laughs.

This embroidered cream-coloured jacket from the ’40s is a staple in Richardson-Blewett’s closet; she pairs it with jeans for what has become her go-to casual look. “Every time I wear it, no matter where I am, people stop me on the street,” she says.

“My grandfather bought this mink coat for my grandmother as a Christmas gift in 1962, but she gave it to me when I was in my 20s because she knew how much I loved it,” Richardson-Blewett says of this early addition to her collection.

Although Richardson-Blewett doesn’t have a single fashion icon, she confesses that she has a soft spot for Audrey Hepburn in the 1954 classic Sabrina, which inspired this cape, beret and loafer combination.