Growing up in my family, tanning was pastime, pleasure and competitive sport. Pale was pejorative. My parents, both great tanners in their youth, lived in East Africa in the early ’70s, before I was born. That time in their lives seemed to me fabulously glamorous—never mind the fact that my sister, a baby then, contracted malaria and nearly died—because for two years, they were tanned. Deeply tanned. Not the amateur-hour suntan you might obtain after a week in Fort Lauderdale, the kind of profound, layered tan that makes you look like another person—an exceptionally well-leisured one.

I remember the four of us in the ’80s, lying on a quartet of loungers and passing the Hawaiian Tropic SPF 4 down the line like a familial baton. If my friends enjoyed splashing around in swimming pools and lakes, I liked lying down next to them, and nowhere in the vicinity of a sun-blocking parasol. Parasols were meant for other people, the ones who took long luncheons in the shade during prime UV time. (I preferred to feast on rays.)

When my sister and I had a productive tanning day, we’d high-five each other as the sun sank into the horizon and our freckles settled into our still-warm cheeks. A tan, like the travel that furnished it, was an escape from our regular selves, a gilded (if short-lived) costume.

I’ve collected countless tans since then. I’m sorry to admit that I even lay on now-reviled sunbeds in my late-teen years. (Even as an avowed sun seeker, those electric beaches are, well, beyond the pale.) I’d visit them with a high-school friend, a serious tanner who once broke up with an alabaster boyfriend because he failed to bronze, and another time pulled over on the freeway somewhere in Southern California to tan on the shoulder of the road. In my prom pictures, I look like Aretha Franklin, or as if I had spent the past year on a catamaran in the South Pacific. (I had been to a salon in midtown Toronto.) I’m even sorrier to admit that I have collected the wrinkles to go with those tans—luckily, nothing more serious (yet).

Although basking in the sun still seems to me among life’s greatest, and now guiltiest, pleasures, my love of tanning has me out of step with modern mores. Today, spending an afternoon sunbathing invites a kind of sun-shaming, and about as much tongue-clucking as if I’d spent the day hacking through a carton of butts.

Several years ago, I visited a dermatologist who said: “You look like you grew up on the beach in Australia.” “Thank you!” I replied, having always longed to live surf-side. I then noted the grave expression on her marble-white face and realized she wasn’t paying me a compliment. In fact, due to its very high incidence of malignant melanomas, Australia launched one of the world’s first sun-protection initiatives in the early 1980s: Slip, Slop, Slap (slip on a shirt, slop on some sunscreen, slap on a hat). “Australia was ahead of the game,” says Toronto dermatologist Dr. Paul Cohen. “In North America, it wasn’t until the ’90s that people started realizing that too much sun exposure can be dangerous.”

By now, we know that UV radiation triggers DNA-damaging hydroxyl and oxygen radicals, which can cause skin cancers (melanoma, basal cell carcinoma and squamous cell carcinoma). It also erodes collagen and elastin fibres, leading to wrinkles, dark spots and leathery texture. But even with this knowledge, I love nothing more than a forecast lineup of yellow sunballs. I recently went to Miami, only to be greeted by persistent rain. “It’s better for my skin, tanning is bad,” I intoned, but still found myself staring at the offending skies like a deranged meteorologist.

In part, it’s plain and reckless vanity. Maybe if I had the pitcher-of-cream complexion of an Austen heroine, I’d make peace with pallor; my shade of pale is tinged with Pac-Man yellow. Author Jill Kargman, who could make a French mime look tawny, said in a New York Times interview: “I want to look like a dead body.” I don’t. I strive to look like a live one. Kargman’s brand of corpse chic doesn’t, evidently, appeal to the Irish either. A typically wan people, they’re said to spend more money on tanning products per capita than anyone else in the world—undoubtedly a safer way to moonlight as Giorgio Armani. “We have blue-white Celtic skin,” says Alyson Hogg, founder of the non-toxic faux-tan company Vita Liberata, over the phone from Northern Ireland. “That ideal of porcelain skin is all very well, but there are very few girls with good, robust porcelain skin.”

Of course, tanning enthusiasm is not limited to the Irish. “I’m Greek—I just love the sun,” says the famously ever-bronzed Jennifer Aniston during a phone interview from sunny L.A. “I think everybody looks better with a little bit of colour. I don’t think you should avoid the sun at all costs—I don’t think that’s realistic. You’re on vacation—going to the Caribbean, to the beach, to Hawaii—what are [you] going to do, sit under a rock? What’s the point?” Amen.

In my and Aniston’s defence, an affection for the sun is more than vanity, which is why self-tanners do little to entice me. UV radiation manufactures mood-boosting endorphins and sleep-regulating melatonin, as well as vitamin D. “Above the 37th parallel, where we don’t have [much] sun, we may have fewer incidents of melanoma but more depression, more heart disease and more MS,” says Dr. Deborah Fisher, G.P. “There are people with bronchitis, tuberculosis, gastroenteritis and insomnia who all do better with sun exposure.”

Cohen agrees that the sun has its bright sides. “Ultraviolet radiation definitely has a positive effect on mood,” he says. Sensing a sympathetic ear, I confess my tanning history, as though revealing a promiscuous past to a priest. He offers charitably: “I grew up in the same generation as you. We never used sunscreen.” Then, the bonding evidently over, he pronounces: “Once you’re tanned, you’re damaged,” and adds, “Using sun to get vitamin D is like taking up smoking to achieve weight loss.”

“Right,” I respond, weak as a winter sunbeam, “but what about the endorphins?”

That directive falls under the parasol of “not the same.” And I think it’s as clear as a sunny day how I feel about parasols.

The newest self-tanners impart a glow that’s so natural, you might be able to trick yourself into believing you spent two years in Tanzania. Check out some of our favourites. 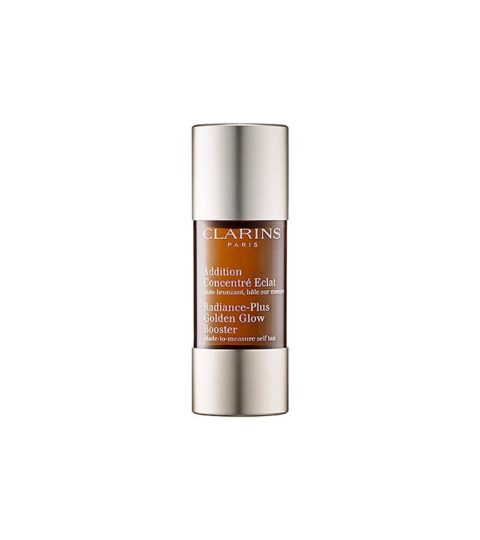 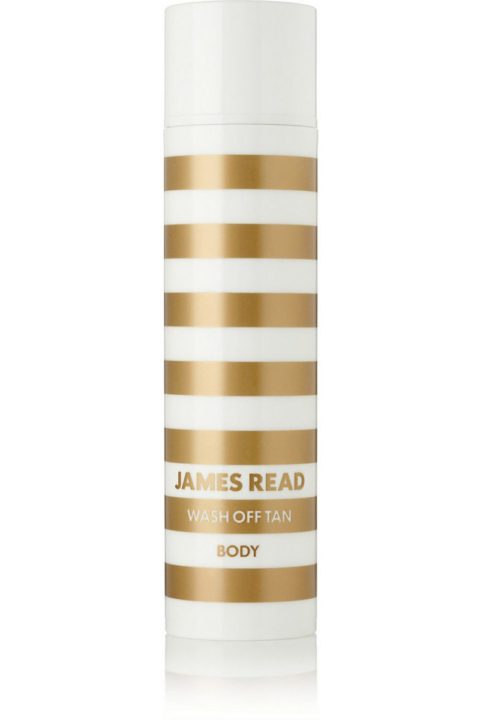 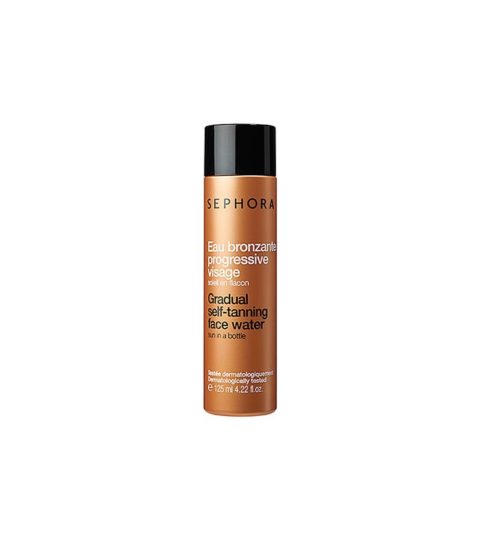 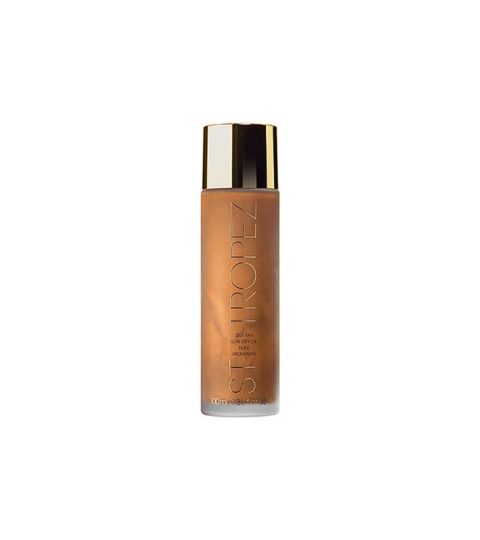 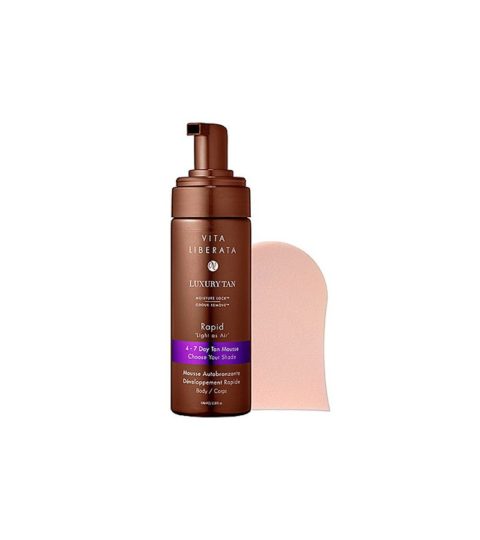 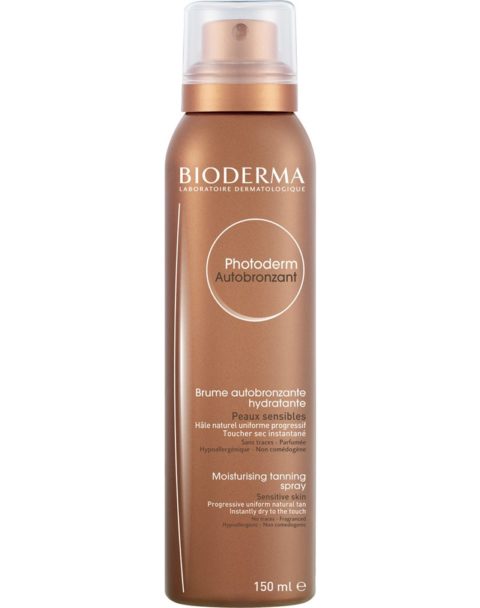