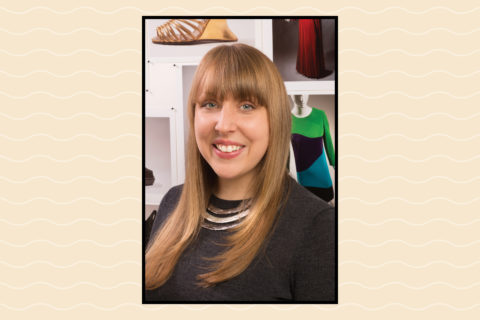 “I’ve always loved ’90s fashion; I’ve been buying my dream wardrobe slowly, now that I can afford the pieces I couldn’t at that time."

Museum curator Colleen Hill loves ’90s fashion so much that she wrote a book about Tom Ford, John Galliano and other stars of the period.

What are your earliest fashion memories?

“I recall that the preschool I attended in Lansing, Michigan, where I grew up, had a dress-up room with beautiful stained glass windows, and it was full of jewel-toned chiffon scarves I was really interested in. Another standout moment was seeing the cover of an ABBA album — I loved their platform boots. (I still do!) And something that influenced both my style and my career was a book called Radical Rags: Fashions of the Sixties by Joel Lobenthal. I found it at the local library when I was about 10 years old. The cover has a great photograph of Lauren Hutton wearing a clear vinyl Betsey Johnson mini-dress with decals stuck on it, and the spine of the book is bright pink. My young self was really attracted to it. I checked it out of the library many, many times, and from that point on, I always wanted to dress like it was the ’60s. I went to thrift shops and made my own clothes and eventually segued into becoming a fashion historian.”

How did you land on the topic of your latest book, Reinvention & Restlessness: Fashion in the Nineties?

“I’ve always loved ’90s fashion; I’ve been buying my dream wardrobe slowly, now that I can afford the pieces I couldn’t at that time. And I’ve also been very interested in how FIT students have been dressing like it’s the ’90s for a number of years now. The benefit of working at a design school is that the students are fashion-forward — you always know what the next trends will be before other people. And we’ve been getting lots of donations of great clothes from that era. It’s at the point where a lot of people who have great Jean Paul Gaultier pieces, for example, are ready to part with them after having had them in their closets for a few decades. And more and more of these pieces can be found on sites like 1stDibs, for those who can afford and are interested in them. I was also interested in revisiting the decade. There are a few texts by Caroline Evans, Rebecca Arnold and Teri Agins that look at ’90s fashion around the end of the decade or in the early aughts. I wanted to build on those and look at it — as well as topics like cultural appropriation, which wasn’t called that at the time — through a contemporary lens and examine the key moments in the many trends that were occurring.”

Who are some of your favourite contemporary designers?

“Stella Jean is one of them. Her work has a vibrancy and colour that I’ve loved since childhood, but I think it’s really challenging to balance that with something that also looks really chic and wearable; she excels at that. I’ve always thought that Pierpaolo Piccioli’s work is exceptional. I love Phillip Lim for my own wardrobe. He really understands how to flatter the shape of any woman’s body; I’m five foot four and I always find his pieces flattering. I also have pieces of his that I’ve had for at least a decade, and they still look great. And then there’s Mimi Prober, a New York-based designer who typically works with scraps of found material dating anywhere from the 18th century to the early 20th century. There’s a lot of old lace, for example, and she uses lots of natural-dye techniques. This is how she has always worked; it’s not trend-driven.”

“A wonderful Azzedine Alaïa leopard-print motorcycle jacket from 1991. We have the gingham version in the museum collection, which is also great. It’s funny, though, because I do tend to shy away from buying vintage things that could or should be in a museum collection. For me, it’s more about preservation than personal wear, thanks to my profession.”

What’s your most prized piece in your closet?

“A 1930s black velvet capelet with gold embroidery that I bought on Etsy about five years ago. I purchased it to wear to the opening of an exhibition I curated called Fairy Tale Fashion — my favourite of the exhibitions I’ve done so far. I really laboured over what to wear to this opening; I didn’t want it to be really obvious, but it needed to be on theme. I will have it forever — I’ve only worn it that one time, but I will wear it again.”

Did you make any purchases of note during Covid?

“I bought one really special thing: a collector’s print Alexander McQueen scarf. One of the things I’m focusing on in my PhD is cabinets of curiosities and how that idea can be translated into a fashion exhibition. I had no idea how long the scarf would be available, and it’s enormous. I ended up using it as a video-call backdrop in my apartment. I don’t really have plans to wear it so much as to display it in the exhibition and have it as a memento of my research.”

Click through for some of Colleen Hill’s favourite labels from the ’90s: 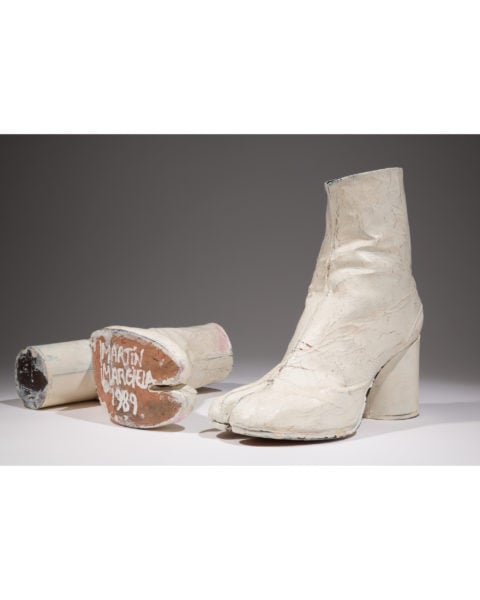 Photography courtesy of The Museum at FIT 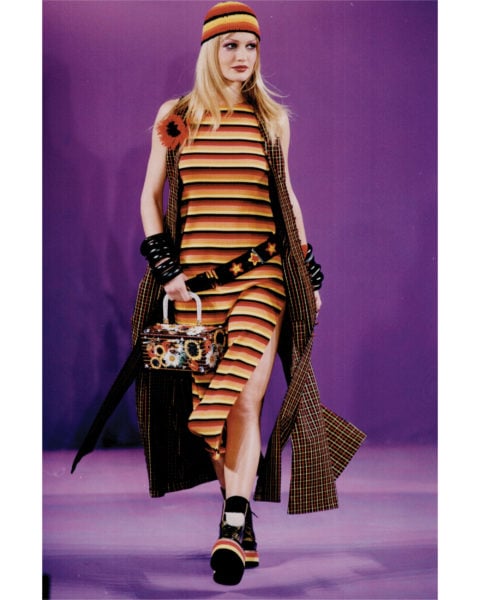 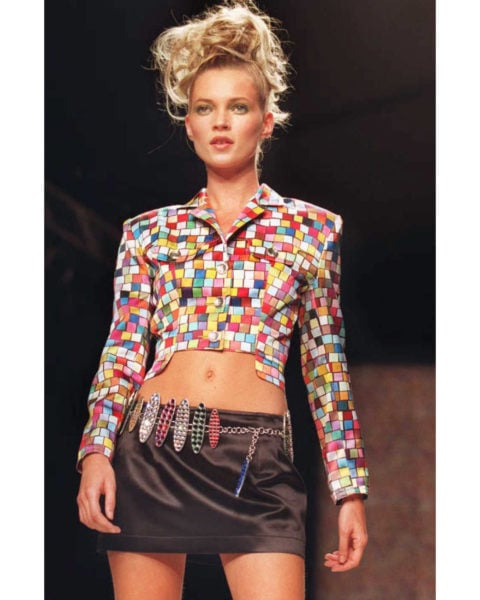