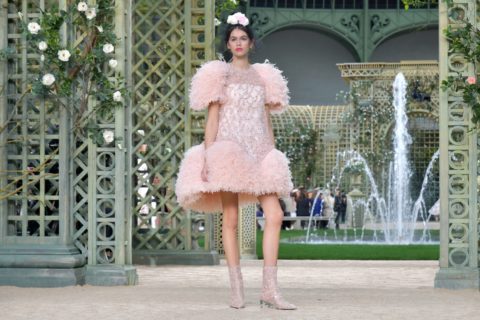 As a lover of both fashion and documentaries, films that combine both are some of my favourites. After all, what’s better than watching Anna Wintour and Grace Coddington butt heads in “The September Issue” or getting a behind-the-scenes look at The Met Gala in “First Monday in May”?

Now, just in time for the holidays, Netflix has gifted us with a brand new docu-series, 7 Days Out. Each episode in the series will spend a week following a visionary of some sort, whether that be someone from the sports, film or entertainment industry. The first episode, however, will track none other than Karl Lagerfeld, the iconic creative director behind Chanel.

The episode accompanies Lagerfeld as he prepares for Chanel’s Spring 2018 Couture Show and viewers will get an insider look at the director’s studio and the luxury brand’s haute couture ateliers. The man behind the camera is Andrew Rossi, who was given full access to film everything and anything in the lead-up to the show. We’re expecting a lot from Rossi, he’s the director behind documentaries like the afore-mentioned “First Monday in May” which focused on the 2015 Met Gala: China Through the Looking Glass.

The episode will air December 21st, so if you’ve anxiously been awaiting Netflix’s next fashion feature, mark your calendars.

Photography by Swan Gallet/WWD/REX/Shutterstock
Get the best of FASHION in your inbox Thanks for signing up!
The latest fashion, beauty and celeb news delivered right to your email #FASHIONforall Now, check your inbox to complete your subscription
We won’t ever use your email address for anything else
Want even more FASHION? Follow us on social media.