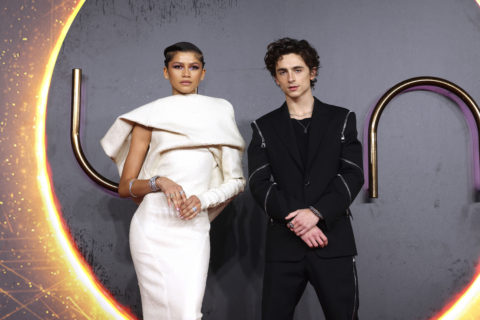 Zendaya and Timothée Chalamet Just Destroyed Yet Another Red Carpet

Because of course they did!

How did Dune director Denis Villeneuve’s remake of the 1984 sci-fi flick become the must-see fashion event of the fall? Blame Zendaya and Timothée Chalamet.

Simply put, the co-stars are a match made in fashion heaven. Style icons in their own right — Zendaya for her ability to rock the most avant-garde of avant-garde runway looks and Chalamet for his androgynous and experimental suiting — one might think that their distinct and bold ensembles would cause a reenactment of the Clash of the Titans. Instead, we got Titanic (minus the traumatic ending) — a perfect pair whose differences elevate the other. Think Zendaya’s leather Balmain gown beside Chalamet’s sparkly Haider Ackermann non-suit at the Venice Film Festival.

Suffice to say, with each public appearance the fashion expectations skyrocket. The duo rose to the occasion (yet again) for the latest Dune press event in London. Dressed by her now-famous stylist Law Roach, the starlet first wore a 2020 Vivienne Westwood look where she was quite literally dripping in chains. Not to be outdone, the Call Me By Your Name actor looked dapper in a blue and white mushroom-print suit by Stella McCartney. Then for the premiere, the co-stars pulled out all the stops with the Spiderman actress wearing a very Dune-esque Rick Owns gown and Chalamet in a similarly futuristic Alexander McQueen ensemble.

With the film set to debut on Oct 22, 2021, the theatrical release can’t come soon enough! Until then, here is a brief roundup of the duo’s best Dune looks so far. 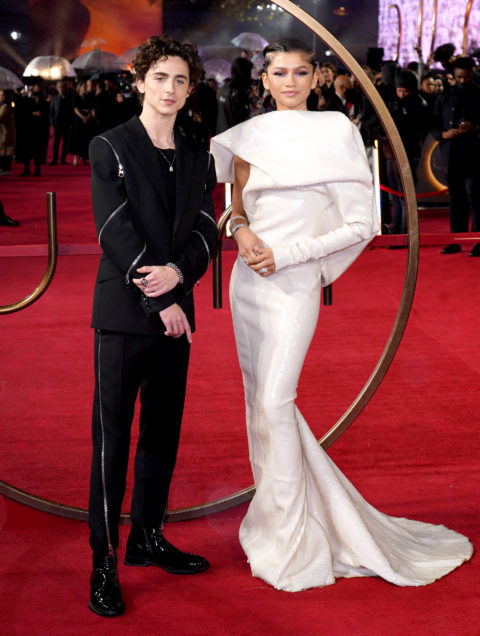 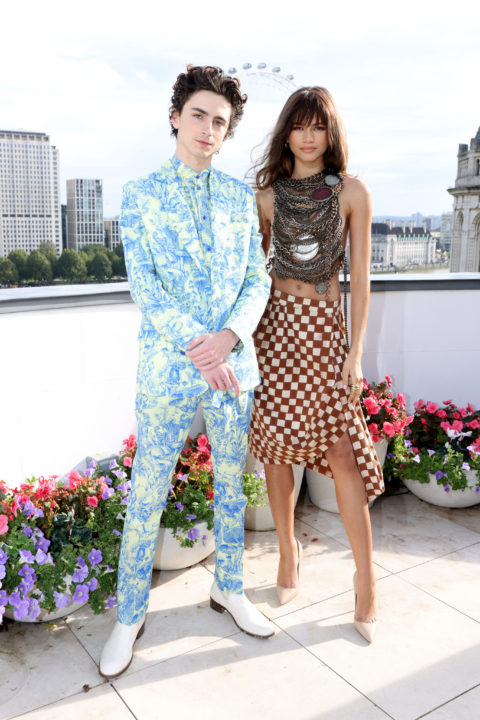 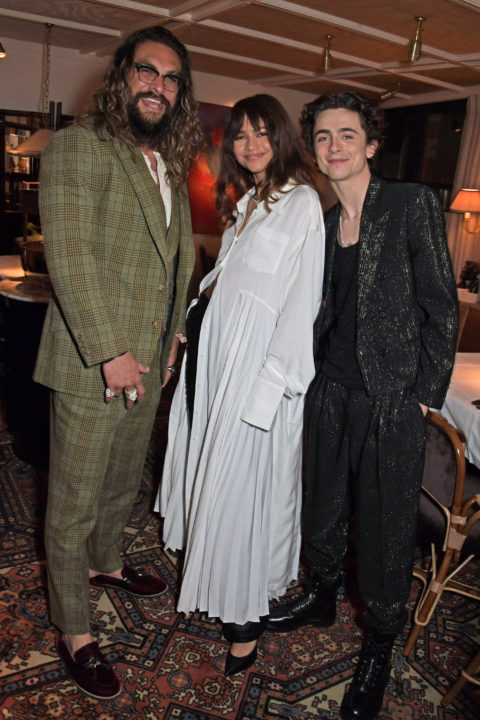 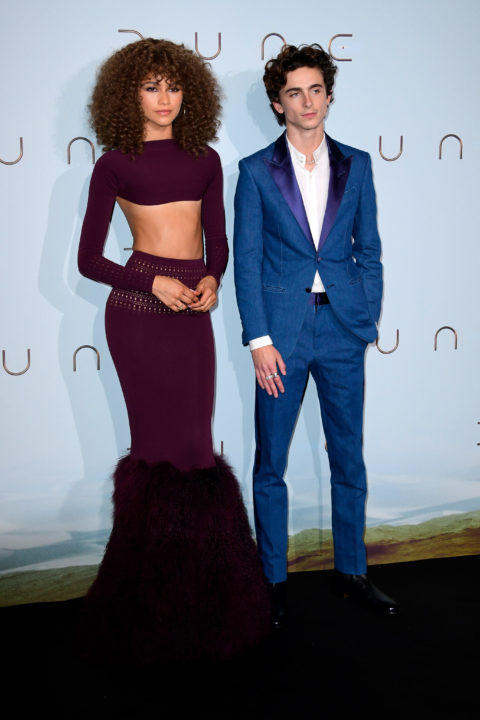 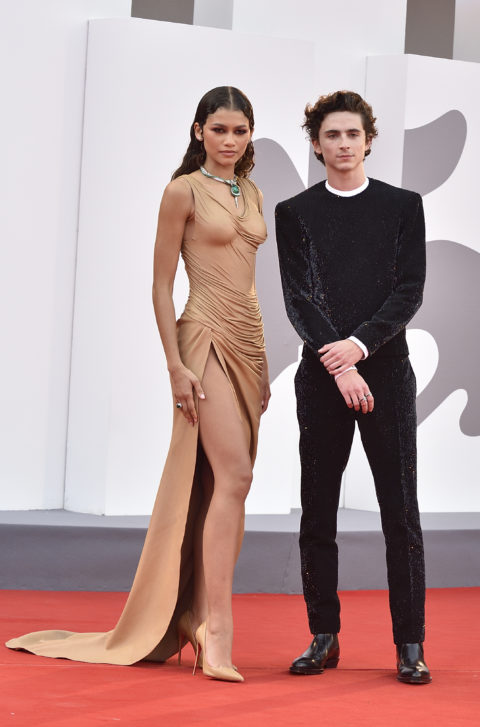 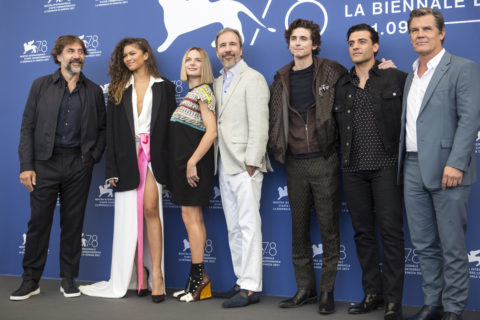 Zendaya in Rick Owns and Timothée Chalamet in Alexander McQueen

Zendaya in Vivienne Westwood and Timothée Chalamet in Stella McCartney

Zendaya in Alaïa and Chalamet in Tom Ford

Zendaya in Balmain and Bulgari and Timothée Chalamet in Haider Ackermann

Zendaya in Valentino and Timothée Chalamet in Haider Ackermann