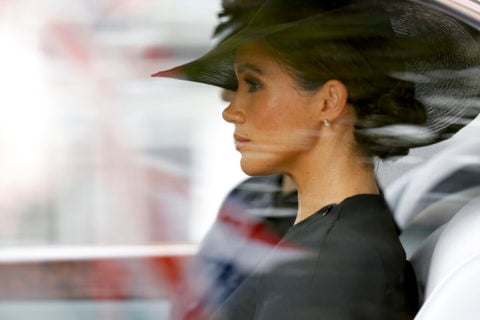 Photography by Tom Jenkins for The Guardian/POOL
Celebrity Style

The late Queen Elizabeth II knew the power of fashion. Throughout her 70-year reign, she used clothes, colours, hats and jewels to conduct soft diplomacy and developed a stylish language of covert symbols. So it was only fitting that today, as the world paid its final respects at the Queen’s funeral at Westminster Abbey and committal service at St. George’s Chapel in Windsor Castle, the Royal Family—from Meghan Markle to Kate Middleton—continued the late monarch’s stylish legacy.

Needless to say, black was the colour of choice for the 2000+ royals, politicians and dignitaries that attended, but the sea of monochromatic ensembles seemed even more striking than usual. It’s a well-known fact that the British Royal Family must adhere to a stringent dress code. While most rules address appropriate necklines and hem lengths, there is one that states members of the monarchy can only wear black for mourning purposes. Meghan has famously broken this rule on multiple occasions, but you can probably count on one hand how many times you’ve seen Kate or Camilla in a dark dress—and Charlotte even fewer. So to see everyone so sombrely attired at the Queen’s funeral was especially compelling.

To pay tribute to the woman who was so much more than a monarch—a mother-in-law, grandmother-in-law and great-grandmother—the females of the family accessorized their sombre attire with meaningful jewellery. Meghan Markle wore a pair of earrings her Majesty gifted her in 2018. Kate Middleton, the newly titled Princess of Wales, wore a pearl-and-diamond choker and earrings that once belonged to the late monarch. And Princess Charlotte wore her first-ever brooch, one of the Queen’s trademark accessories.

See for yourself below, as we’ve broken down all the hidden symbolism in the royal jewels. 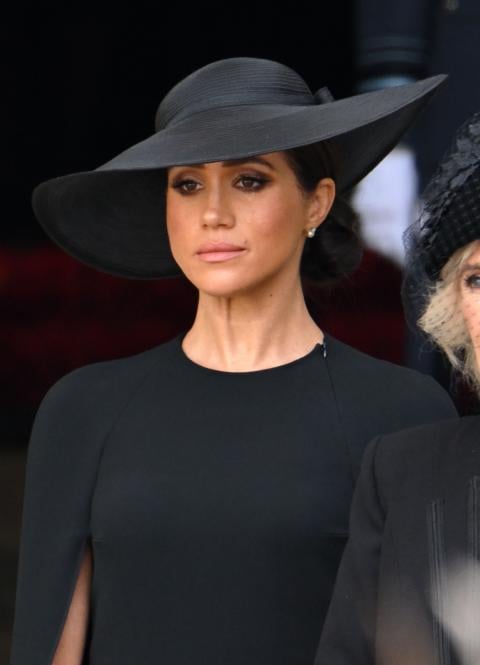 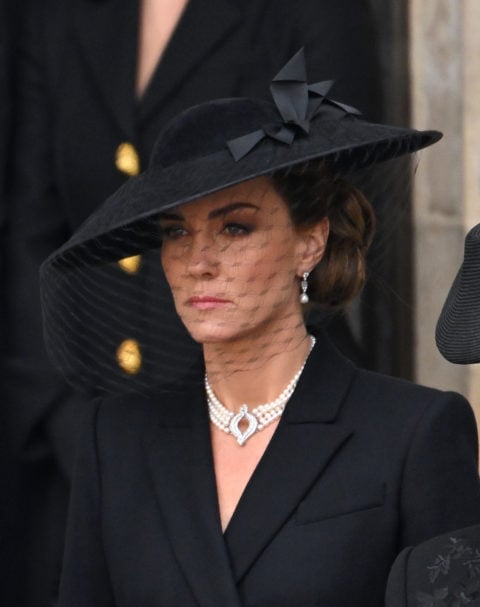 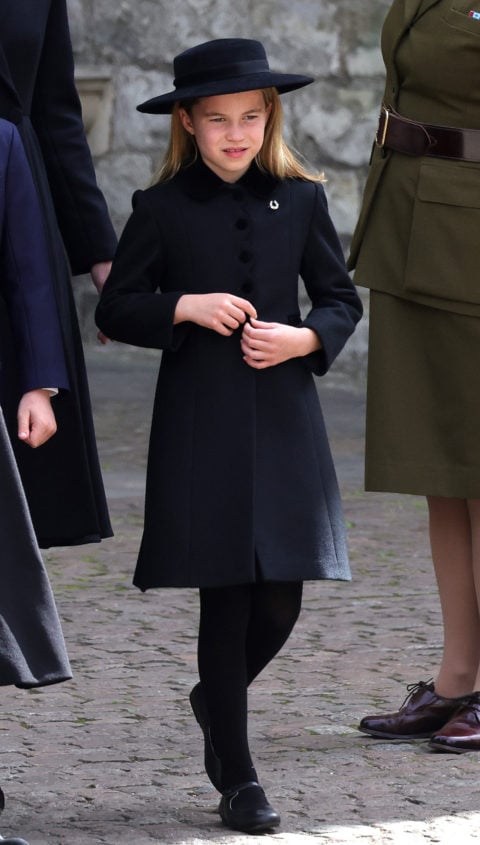 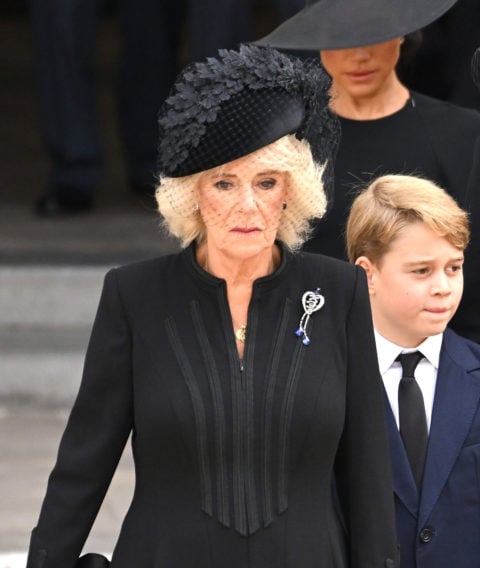 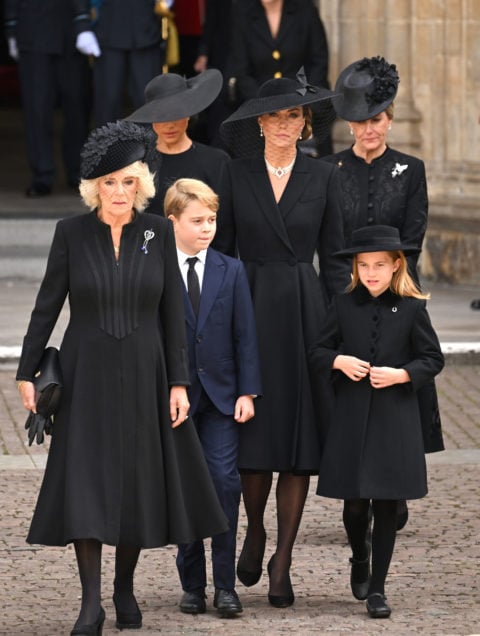 The Duchess of Sussex accessorized her Stella McCartney dress with the diamond earrings the late Queen gifted her in 2018. Reportedly, Queen Elizabeth gave them to Meghan in honour of their first solo outing together in Cheshire, and they are said to be similar to a pair of the late Queen’s favourite studs.

The newly titled Princess of Wales wore a pearl-and-diamond choker, plus earrings that belonged to her late grandmother-in-law. Kate also wore the necklace during the Queen and Prince Philip’s 70th-anniversary celebration, and it was previously loaned to Princess Diana for a banquet in 1982.

Princess Charlotte wore her first-ever brooch at the Queen’s funeral. She chose a diamond horseshoe style to honour her great-grandmother’s love of the equestrian sport.

Queen Consort Camilla also sported a brooch, but hers was heart-shaped and once belonged to Queen Victoria.