The week in celebrity style: See who made our top 10 best dressed

As the weekend comes rolling in (TGIF!) we couldn’t help but notice that our favourite celebs were seriously on point sartorially at the various events that took place this week. Prime examples? SJP wearing an exquisitely embroidered Mary Kantrantzou dress at the New York City Ballet 2014 Fall Gala (giving us a little Carrie Bradshaw nostalgia) as well as Dakota Fanning who was at Paris Fashion Week wearing an awesome Christian Dior LBD. The past week also saw Scandal star Kerry Washington wearing a series of great frocks, with our personal fave being the Giles dress she wore with metallic sandals and a Roger Vivier clutch.

Other favourites included Jessica Chastain at The Disapperance of Eleanor Rigby photocall wearing a custom orange and magenta floral cocktail dress by Dsquared2 as well as Rosamund Pike in a demure lace Erdem LBD, and Leighton Meester who wore a pastel Emilio Pucci dress to a fragrance launch event in Tokyo. Meanwhile, at the Metropolitan Opera House season opening, Girls actress Jemima Kirke showed off her freshly coloured pink hair in a floral Tocca maxi dress while Maggie Grace opted for a gold textured dress paired with simple black heels and a matching clutch.

Celebs who rocked a more casual look included Suki Waterhouse, who channeled a modern-day Chelsea girl by pairing a white duster coat with a painted Burberry purse and animal-print creepers, as well as Katie Holmes who opted for a classic navy blazer and denim ensemble. 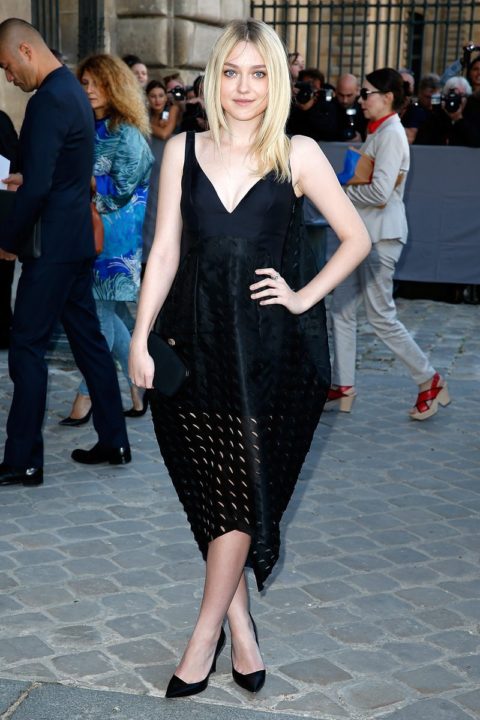 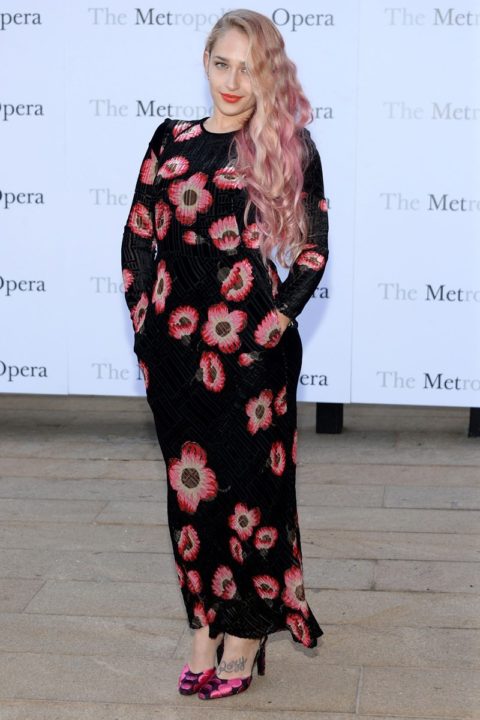 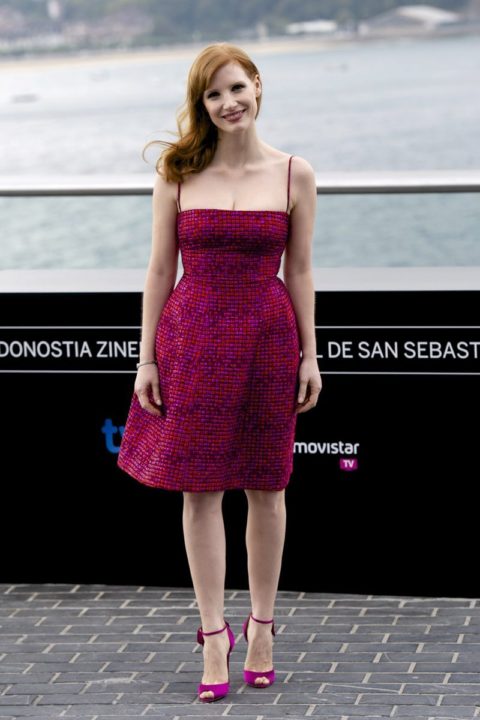 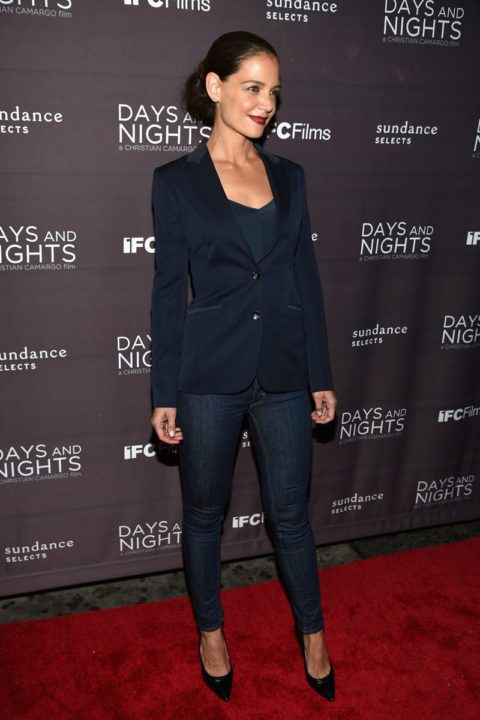 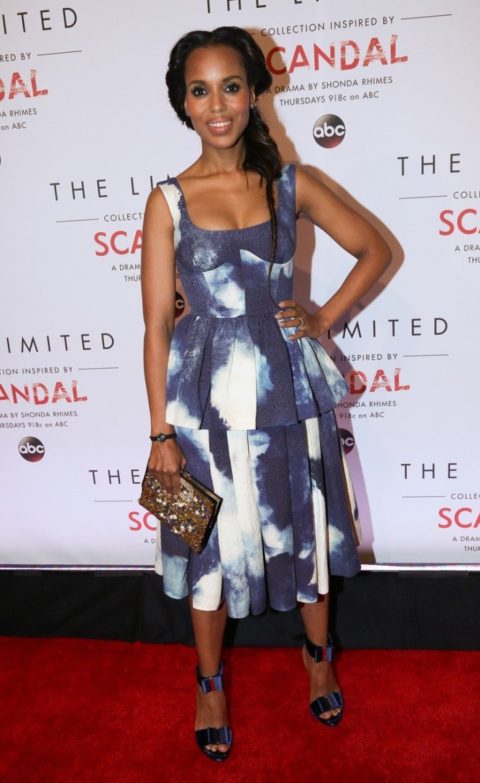 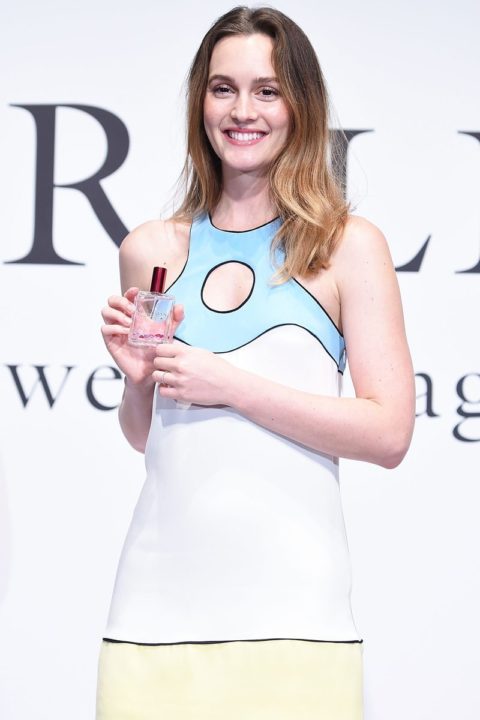 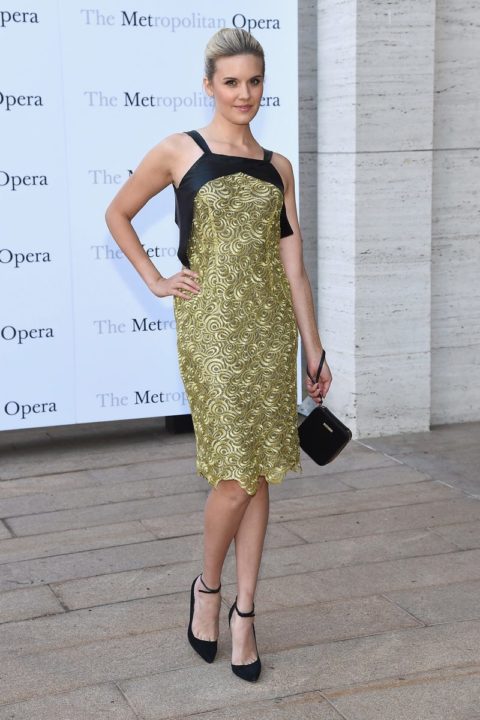 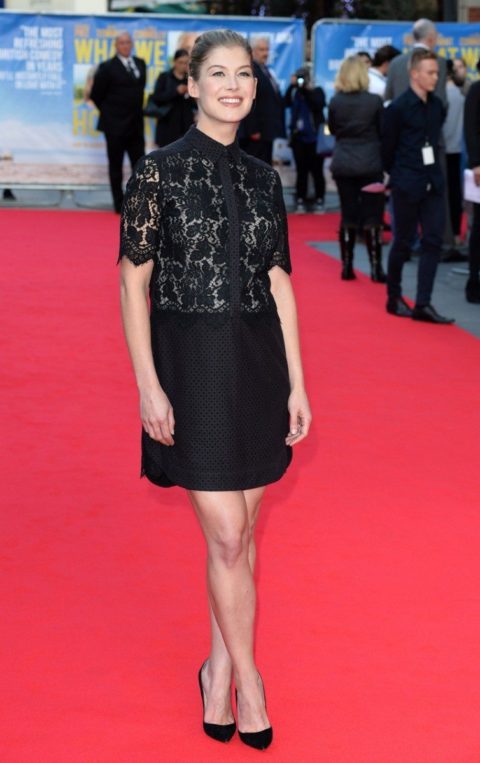 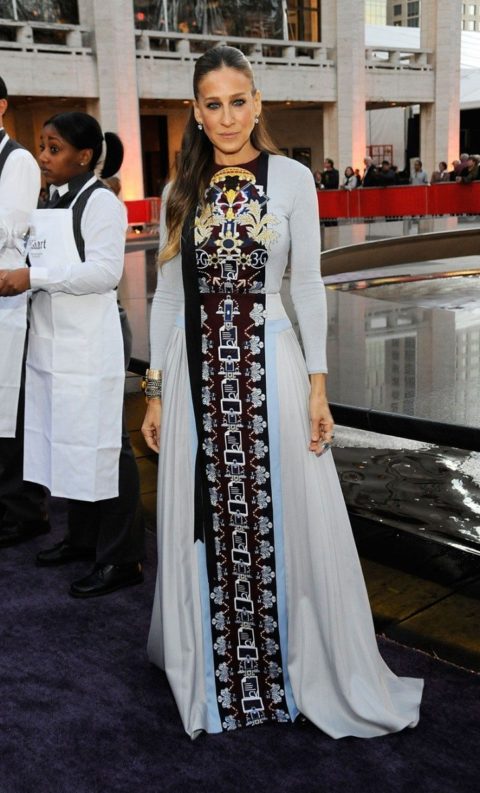 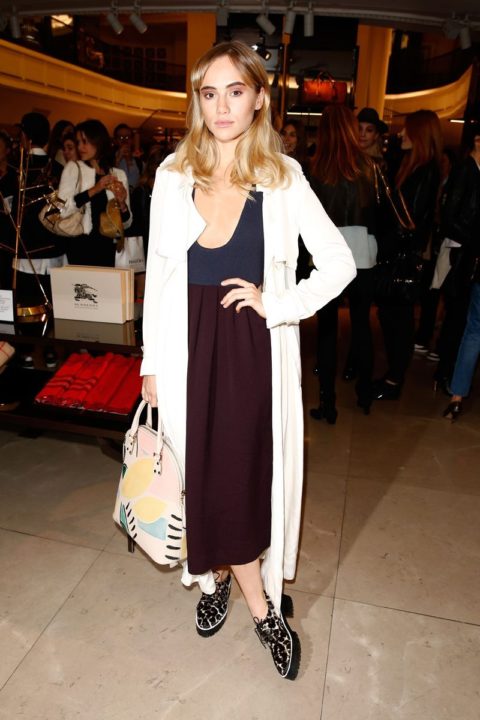 September 23, 2014: Jessica Chastain at the photocall for The Dissaperance of Eleanor Rigby in San Sebastian, Spain

September 25, 2014: Katie Holmes at the Days and Nights premiere in New York City

celebrity style rosamund pike what we did on our holiday premiere

September 22, 2014: Rosamund Pike at the What We Did on Our Holiday premiere in London

September 23, 2014: Suki Waterhouse at the Vogue Fashion Night Out at Burberry in London