The week in celebrity style: See who made our top 8 best dressed

Is it just us or were celebs really into the colour red this week? Leave it to the A-listers to show us how to rock one of the biggest Fall 2014 trends.

Taylor Swift has causing some buzz lately all over Hollywood. Between her much-anticipated Yahoo live stream (where she may or may not release an album), her performance at next week’s VMAs and the premiere of The Giver, we don’t know what we’re most excited for. After working a summery two-piece frock at the Teen Choice Awards red carpet, T-Swift glammed it up in Monique Lhuillier at the premiere of The Giver where she played to the night’s red theme. The whole female cast colour-coordinated and dressed in shades of pink and red, something we rarely see on the red carpet. That being said, the ladies totally rocked their individual looks while showing off their personal style, especially Meryl Streep, who may not have stepped out in a gown like her co-stars but then again, who needs to dress up when you’re Meryl Streep?

We’ve said it before and we’ll say it again. Young celebs just get it when it comes to hitting the best-dressed list time and time again. Photo evidence: Hailee Steinfeld and Elle Fanning at last night’s Hollywood Foreign Press Association Banquet. We weren’t much of a fan of her lace look at this past weekend’s Teen Choice Awards, but Steinfeld stepped it up with this chic black and white A.L.C dress. But leave it to our summer cover girl Elle Fanning to make us do a double take because she totally stole the show. While we thought the young Fanning was only about princess gowns, the starlet proves that she can also pull off the grown-up look. And boy, does it suit her. Dressed in a red-hot floral dress by Vivienne Westwood, we’ve got to say this frock actually looks like something pulled out of Angelina Jolie’s closet. Guess that’s what happens when you tour with one of Hollywood’s most glamorous actress. 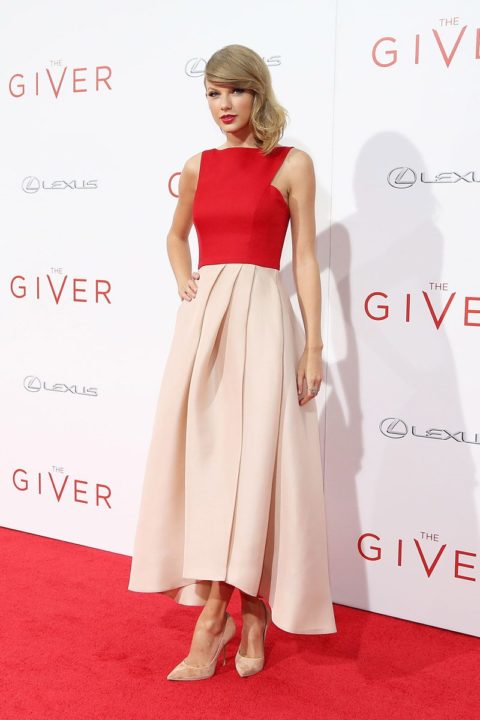 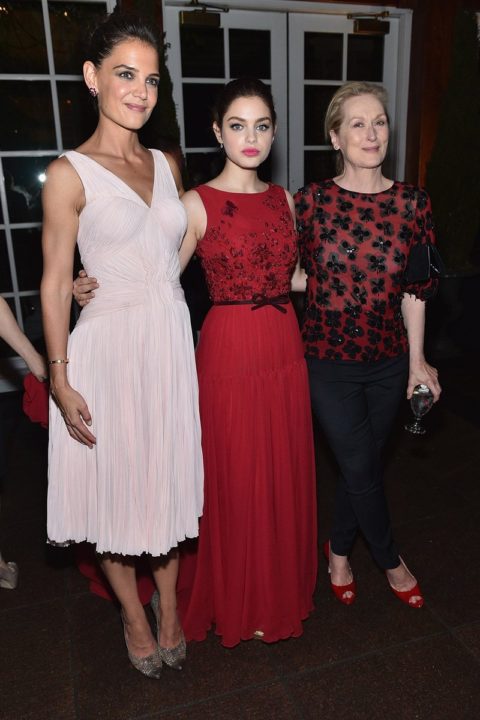 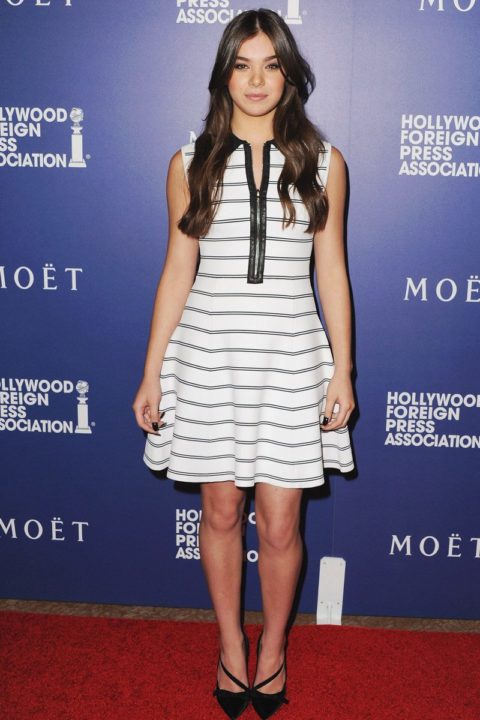 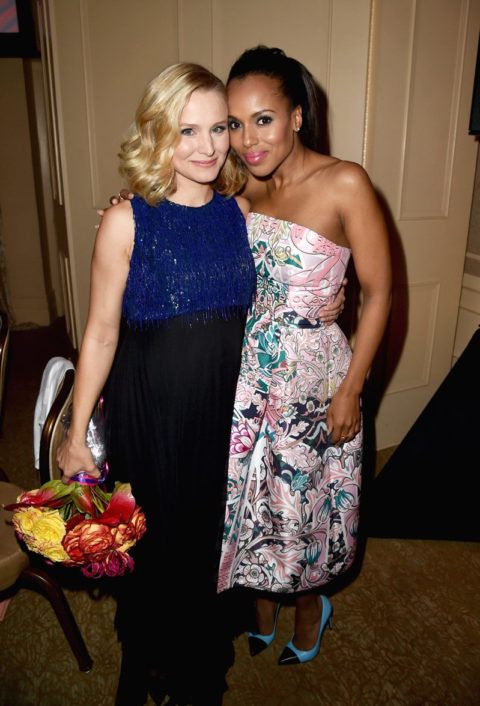 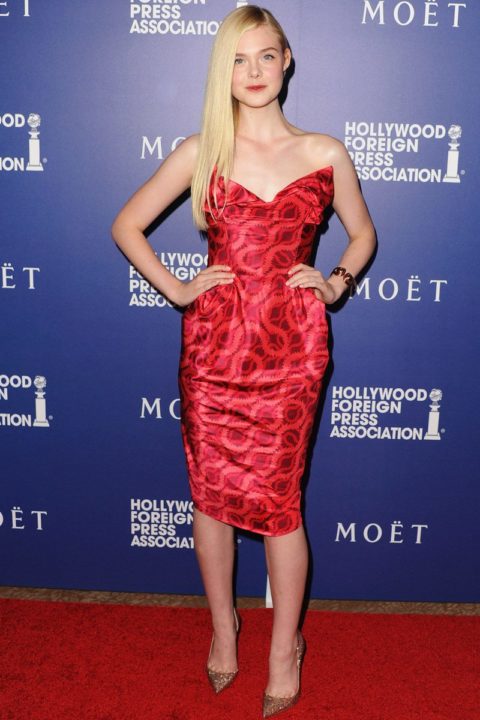 August 11, 2014: Taylor Swift wore a red and pink colour block gown by Monique Lhuillier from the Resort 2015 collection at The Giver New York Premiere. The singer continued the colour scheme down to her shoes, which were a pair of nude suede pumps by Casadei, and completed the look with Sylva & Cie rings and Brumani ear climbers.

August 14, 2014: Hailee Steinfeld arrived at The Hollywood Foreign Press Association Installation Dinner dressed in a black and white striped dress by A.L.C. that consisted of leather trimmings. She finished the look with black Christian Louboutin heels.

August 14, 2014: Kristen Bell and Kerry Washington chummed around at the Hollywood Foreign Press Association’s Grants Banquet. While Kristen Bell looked glamorous in a black and blue Andrew Gn Fall 2014 gown that consists of a beaded bodice and chiffon layered skirt, Kerry Washington stood out in printed strapless dress by Mary Katrantzou from the Resort 2015 collection and pastel blue toecap pumps by Saint Laurent.

August 14, 2014: Elle Fanning was a lady in red at The Hollywood Foreign Press Association Installation Dinner wearing a red hot strapless dress by Vivienne Westwood. The young starlet added some sparkles in the accessories department with gold glittery pumps by Christian Louboutin and jewellery from Neil Lane.