Endless Summer: Why so many designers are inspired by the California dream

See the California inspiration on the runway »

At the end of part 1 of On the Road, Jack Kerouac’s 1957 novel about freedom, self-discovery and the American experience, Sal Paradise—a desperately bored and mildly depressed writer who sets off from New York City in search of adventure and inspiration out West—arrives in Hollywood by bus on a dusty autumn morning. Having abandoned the East of his youth along with a sorry half-written manuscript, he arrives, after weeks of dreamy anticipation, in the West of his future: the glittering California coast. “I looked greedily out the window: stucco houses and palms and drive-ins, the whole mad thing, the ragged promised land, the fantastic end of America.” For Paradise, Calif., is the ultimate American mecca—endlessly inspiring, always changing, forever new.

It’s a sentiment that still rings true 50-plus years later. In fashion, Hedi Slimane is the industry’s Pied Piper of California dreaming. The French designer has made Los Angeles his home, his muse and the subject of much of his work, from his 2011 photography exhibition, California Song, which explores Americana via L.A., to his recent collections for Saint Laurent, which have channelled everything from California grunge to 1980s Sunset Strip. “I secretly love that the common perception of L.A. is shallowness,” Slimane told Style.com in 2010. “From the counterculture’s heritage of the ’60s and ’70s to the rise of Silicon Valley in the ’80s, from the Hollywood dream machine to the music industry majors, from Californian art to architecture, healthy lifestyle and food, California does rule the village.” 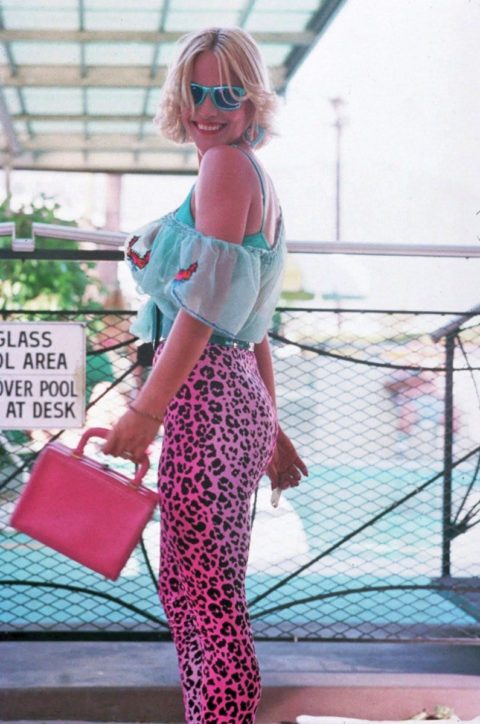 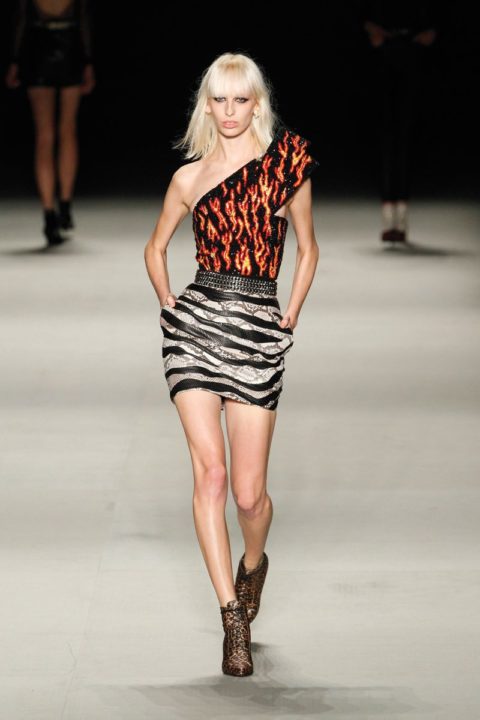 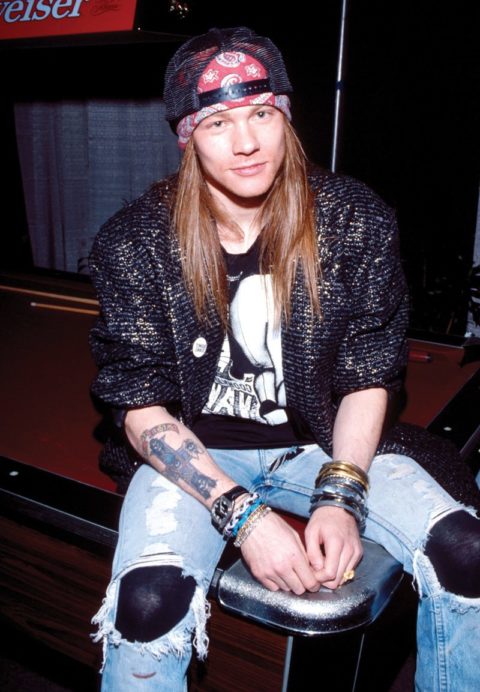 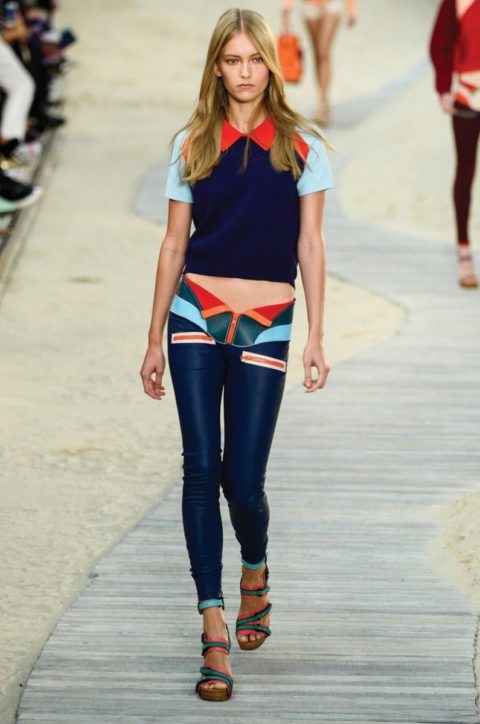 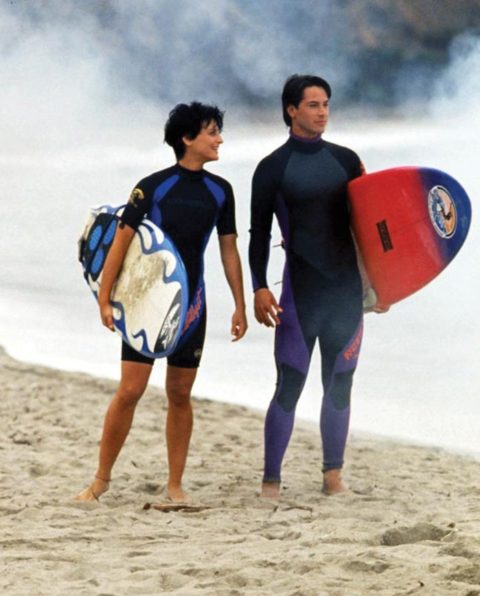 
Not surprisingly, designers have been following Slimane’s sartorial siren song westward ever since, and this season the good vibrations were hard to miss. Tommy Hilfiger, whose preppy all-American aesthetic has made it an unofficial outfitter of the Ivy League set, got the Malibu treatment via sporty scuba-influenced polo dresses in neoprene-bonded leather and zippered maillot swimsuits paired with country club-appropriate khaki shorts. At the presentation, models, laid-back and oozing California cool, strolled Hilfiger’s breezy beach set (complete with sand dunes and a winding boardwalk) to West Coast anthems like “Californication” and “Surfin’ U.S.A.” “I spent a lot of time in California early in my career and was incredibly inspired by what I saw people wearing out there,” says Hilfiger. “California has a relaxed spirit, a sporty lifestyle and an optimistic outlook that feel very inspiring right now.”

This optimism—in particular, American optimism—also shone brightly at J.Crew’s beach-inspired show of Hawaiian prints, sherbet hues and sculpted neoprene takes on surf and scuba. “There’s just something positive about California,” J.Crew womenswear designer Tom Mora says. “It’s lighter. You can feel the lightness and airiness.” Calla’s Calla Haynes also found herself on the beach for spring, drawn to the sun-kissed coast by her own teenage nostalgia over Bruce Weber photographs, ’90s supermodels and the pop culture icons of the day (Beverly Hills, 90210, Clueless, Baywatch). “Sexy, healthy, happy and fresh” is how the Paris-based designer describes her collection of Body Glove-inspired swimsuits, Malibu brights and—her signature—custom prints, including “Dogtown,” a smudgy, scratched-out floral that was inspired, she says, by well-worn decals on surfboards in Venice Beach.

Meanwhile, Humberto Leon and Carol Lim of Opening Ceremony skipped the beach altogether, paying homage instead to Southern California’s underground street-racing culture of Leon’s youth. At their runway show, staged on a cavernous industrial pier, models stepped out of luxury sports cars before taking a spin around the track in tire tread-emblazoned outfits as if they’d been run over, very neatly, by a semi.

Band of Outsiders’ Scott Sternberg, a California resident, sent up an ode to “the ghosts of Malibu,” combining the sportiness of L.A. hiking culture (for his show he recreated the view of the Hollywood sign from behind by erecting life-sized replicas of the famous letters) with an ethereal bohemian vibe inspired by Nina van Pallandt’s character in the 1973 film noir The Long Goodbye. “I love that no matter where she was going, she was basically wearing a beach cover-up,” says Sternberg, who modernized the idea in sheer ponchos done in a techy nylon, billowy maxi-skirts and oversized T-shirt dresses.

Californians Kate and Laura Mulleavy of Rodarte offered a gritty take on Los Angeles that mixed ’80s hair metal bands and the Sunset Strip with rockabilly and (because why not?) Old Hollywood. The result is a flashy-bordering-on-trashy portrait of L.A. on the fringe and the colourful characters who live there. “We are attracted to imperfection and the beauty of chaos,” explains Kate. “Growing up, our house rested right on the San Andreas Fault. I can remember a huge earthquake happening one summer—I was standing in our kitchen, and within a few seconds every porcelain plate, bowl and cup had shattered on the floor around me. I remember being mesmerized by the shards. A broken plate will always be more interesting to Laura and me than a perfect, untouched object.”

And that’s the beauty of California. Whether broken and shattered or sun-kissed and shining with optimism as a place, a state of mind, the promised land at the end of the road, it has always caused the mind to dream. “It is almost about a utopia,” Slimane said in The New York Times of his L.A.-inspired photography exhibit in 2011. “I discovered Los Angeles in the late ’90s. The city was not at its best at the time, but I fell for it right away. There is something almost haunted about it, a vibrant mythology I find rather inspiring.” It’s a sentiment that’s echoed by Sternberg, who, despite having lived in L.A. for more than 15 years, can’t shake the California dream. “There’s an exotic nature to this city—the unknown, the Wild West, the great beyond—that has been curious and pervasive for some time to a lot of people. There’s a mystery to how things work out here,” he says. “And mysteries are super appealing.”