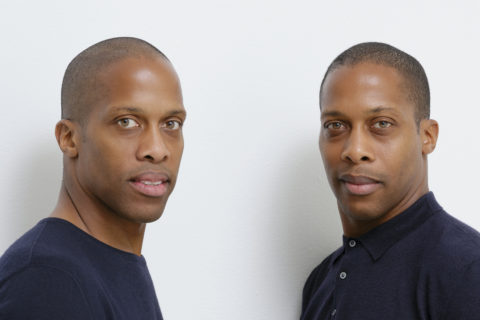 “It’s more than just having a job; it’s about being around the people that are a reflection of your belief system can help you grow as a person.”

This is Life Lessons, a new series encompassing interviews with figures in the fashion industry whose success we admire and can learn from.

Twins Byron and Dexter Peart founded the luxe accessories company Want Les Essentiels with the mission statement of selling only products that were beautiful, intelligent, universal and purposeful. They ran the business for two decades, before selling their stake in the label in 2017. Earlier this year, the Montreal-based brothers launched GOODEE, a social enterprise marketplace offering luxurious yet socially-concious homewares that aims to redefine the value of “good.” Over the years, the two have learned a thing or two about high quality design, entrepreneurship and how to differentiate oneself in the fashion industry along the way. These are life lessons, as told by Byron and Dexter Peart.

On being early adopters

Byron: “I believe that there are cycles in life, and you have to recognize when there is an opportunity and when the market is changing too. When we first started [Want Les Essentiels] in 2000, we were developing a retail concept around Scandinavian design at a time when no one anticipated that brands like Acne would come in and dominate [the market]. We’ve generally been too early.”

On why the world needs more editors

Dexter and Byron: “Things are much more interesting when they are diverse; when there is more then just one point of view. We’re getting to the point right now where there’s just a tremendous amount of product out there in the market and people want to know about ingredients or where things are from or how things are made. The world needs a few curators and editors to play an active role in trying to make that edit.”

On the future of fashion

Dexter: “We are entering a moment where the ideas of seasons and collections are likely having their day. The conversation about luxury and how we distribute these luxury products is changing. There’s something that feels less modern about [thinking about clothes in terms of] spring/summer, fall/winter for these times. Instead, we want to talk about products that are going to last a long time. I’m still wearing most of the clothes that I’ve had for 7 years from Want.”

On the importance of community

Byron: “I think that we have an individual human need to be part of groups, to learn from each other, and feel a sense of belonging.  With a diminishing influence of religion, we’re all yearning for this sense of community, more than we even realise. [We are all] having the same issues, trying to navigate these uncertain times, making difficult choices, and we need a community to make that easier.”

Dexter: “We’re in those times now where we’re all getting up in the morning and trying to figure out what to adopt in our lives.  What restaurant do we want to go to? What neighbourhood do we want to live in? What office do we want to work at? Now more than ever, it’s all about community. It’s more than just having a job; it’s about being around the people that are a reflection of your belief system can help you grow as a person.”

On the importance of having a clearly defined value system

Dexter: “It helps to create guidelines and aspirations towards what you’re trying to accomplish. [When we started Want Les Essentiels,] we took the opportunity to sit down and hash down what our belief system was, personally and professionally.  Beautiful, intelligent, universal and purposeful are what came out of it.”

Byron: “Knowing what it is what you stand for and having the confidence to establish that early on, to me, is the most important thing. We are constantly telling young people is to find their point of view and own it.  It can be hard to commit, especially when everyone else looking at Instagram influencers and thinking, ‘I have to do that.’  Instead think, ‘This is who I am, and that’s what I’m trying to communicate.’ That is very much our mindset.”

Photography by Richmond Lam
Get the best of FASHION in your inbox Thanks for signing up!
The latest fashion, beauty and celeb news delivered right to your email #FASHIONforall Now, check your inbox to complete your subscription
We won’t ever use your email address for anything else
Want even more FASHION? Follow us on social media.