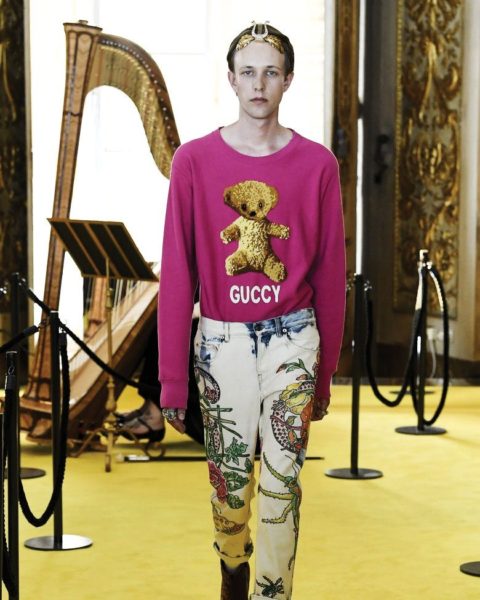 Designers are blurring the boundaries 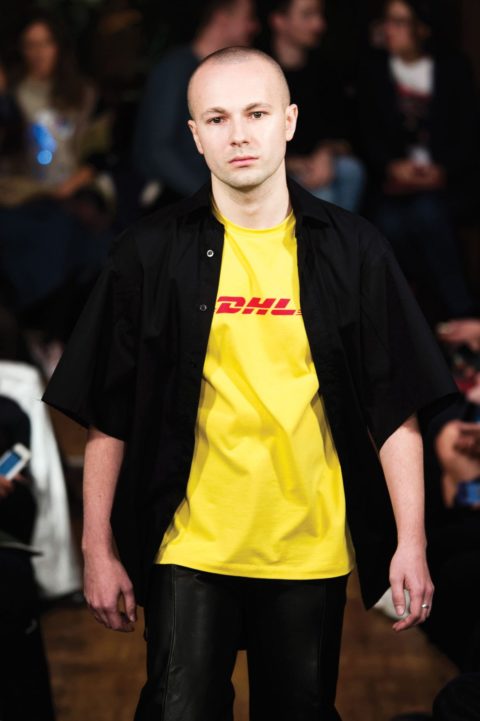 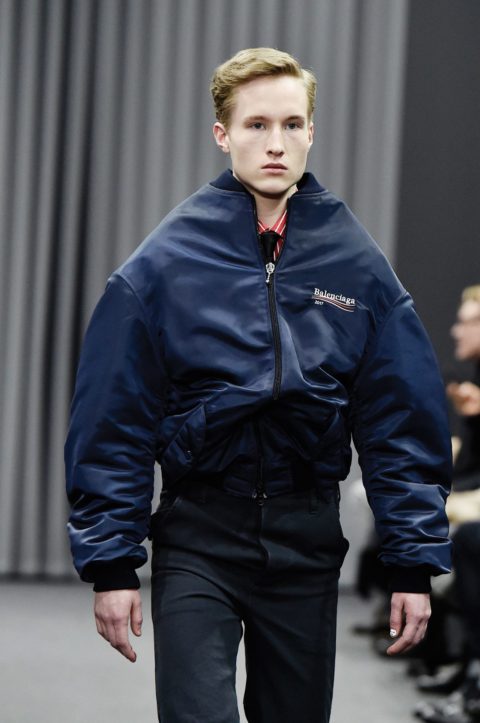 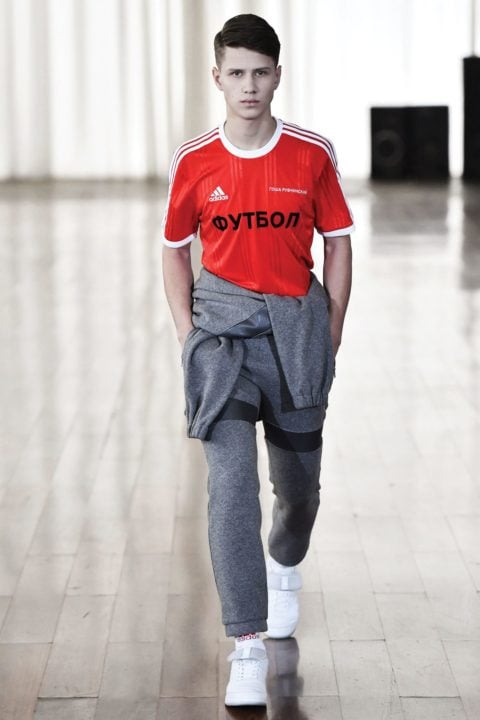 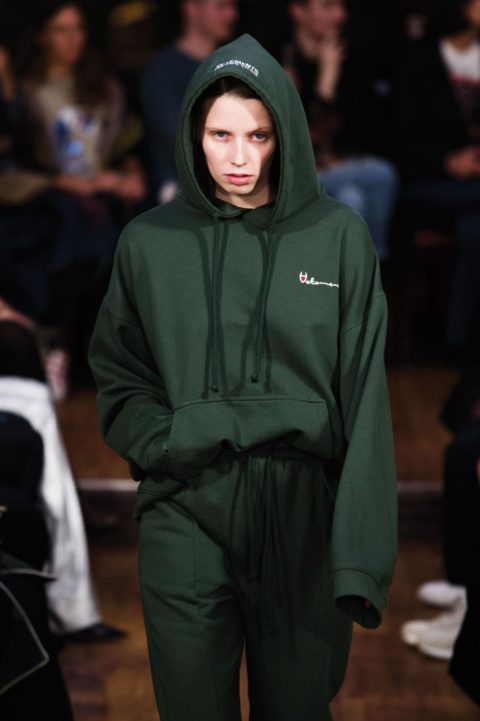 When I was a kid, every time my family went on vacation, my mother would break out her fabulously fake Louis Vuitton fanny pack. We have photo albums filled with her posing in New York, Boston, L.A. and Quebec City, a white tee tucked into faded mom jeans and the fanny pack around her waist. She didn’t care that it was so blatantly fake. It was a gift from her girlfriends (before she moved to Canada from South Korea in 1975), and although she did own an authentic LV Speedy, she was more interested in the hands-free practicality of her “travel bag” than the inauthenticity of a perfectly fine and damn-fly-looking fanny.

Clearly my mom was ahead of her time, because fakes have gone from fashion faux pas to must-have, thanks primarily to the high-end bootlegging ways of Demna Gvasalia at Vetements and Alessandro Michele at Gucci. Gvasalia was the first to turn the fake on its head with his high-end appropriations of brands like Thrasher, Champion and Canada Goose. (Legit collabs with Champion and Canada Goose would follow.) He took his logo-subverting skills to Balenciaga via his cheeky flip on the Bernie Sanders logo for Fall 2017. Michele began toying with luxury Gucci bootlegs last year when he showed “fake” Gucci tees (inspired by the popular ’80s Chinatown knock-offs) for Resort 2017. And this past May, he one-upped himself with a series of blatantly faketastic “Guccy” sweatshirts.

This tongue-in-cheek parodying of counterfeit culture has been directly influenced by the rise of streetwear—because, despite its four-figure price tags and posh clientele, Vetements is a streetwear brand. And if you squint really hard, Gucci is starting to look like one, too. “The boundary between high and low fashion has blurred so much that it has almost disappeared,” says Hannah Watkins, senior editor of prints and graphics for global trend-forecasting agency WGSN. “Street culture has been so influential on the catwalk and vice versa. There is no line anymore.”

Harlem couturier Daniel Day (better known as “Dapper Dan” of Dapper Dan’s Boutique) was one of the first to blur that line. Day became famous in the ’80s for co-opting luxury logos for his over-the-top, hip hop-inspired designs. The idea first came to him in 1983, when a customer in his shop was bragging about his new Louis Vuitton clutch. “I thought to myself, ‘Wow, if he’s so excited about that little pouch, imagine if he had a whole outfit made out of logos?’” Day began custom-making his own all-over-print “Gucci” bombers, “LV” sweaters and “Fendi” track suits for clients like Run DMC, LL Cool J, Bobby Brown and Salt-N-Pepa. “I didn’t do knock-offs…I did knock-ups,” says Day. “The original styles were drab and boring. I created something that was more exciting than what the brands themselves were doing.” In the end, litigation forced Day to shutter his shop in 1992.

Twenty-five years later, fakes have come full circle. In perhaps the most epic “real fake” fashion moment to date, Michele paid homage to a Dapper Dan design, sending a fur bomber jacket with enormous double-G-printed balloon sleeves down the runway for Gucci’s Resort 2018. It was a luxury appropriation of a Dapper Dan appropriation of an original Louis Vuitton logo. “It’s pretty bonkers,” laughs Shannon Schafer, senior fashion director at Nordstrom. “But maybe things need to be a little bonkers right now to break through all the noise and really be disruptive.”

Even Louis Vuitton is getting in on the crazy logo play. Take, for example, its recent bag collaboration with Jeff Koons. The pop artist’s “JK” initials appear in the brand’s insignia.

“The big designers are almost embracing the idea of the bootleg because they’ve realized it’s driving their brands,” says Watkins. “They’re not taking themselves so seriously anymore. But they’re clever—they know it’s a trend right now.”

The trickle-down has been hardcore—Aritzia riffed on Vetements with its own capsule of DHL-esque sweats. And indie brands and millennial artists have also taken up the appropriation call: Ava Nirui is Helmut Lang’s digital editor by day and makes luxury-logo mash-ups by night; Imran Moosvi sells his flashy custom bootlegs to the likes of YG, Lil Yachty and Tyga; and 17-year-old Austin Butts made his own Yeezy tees, which Kanye liked so much that he included them in his own pop-ups. Not long ago, a “cease and desist” would have been the response, but now it’s a different story. “If the big designers were to go after these pop-up people now, I think it would be detrimental to their brands,” says Watkins. “Whether it’s a fake or a real design that’s being spread on social media, it’s increasing their visibility and creating hype, which is what every brand wants.”

The rise of the faux fake has also increased the cachet of the obvious fake. Instagram is flooded with selfies of swag-y millennials showing off their so-bad-they’re-good duds. Even Vogue fashion news writer Liana Satenstein recently posted a photo of a fakes haul (a “Versace” tee and blatantly bad “Chanel” totes) from Tbilisi, Georgia. This trend is more about the ironic attitude than the actual garment—it trumps authenticity and even bad taste.

In the spirit of shameless fakery, I wore my mom’s “vintage” fanny pack (which I dug out of storage a couple of years ago) to an industry party. It’s a little crushed on one side, and the lettering on the “leather” patch has practically worn off, but this only adds to it’s subversive charm. Of course, it was all anyone wanted to talk about. “That is pure perfection,” said a friend. “It’s realer than the real thing.”