While New York show-goers may be all bundled up, the stars sitting in the front row are sporting some stellar spring looks. This morning Rose Byrne and Blake Lively held court front row at the Michael Kors Fall 2014 show, both dressed in designs from the Spring 2014 collection.

Looking like a statuesque goddess—as is her nature—Blake Lively arrived at the Michael Kors Fall 2014 show dressed in an all-navy outfit from the designer’s spring collection. The ensemble consisted of a navy floral-print skirt with a matching bustier and blazer, cinched with a camel-coloured leather belt. Lively accessorized her look with a pair of neutral studded pumps by Christian Louboutin and two pendant necklaces. (One was a dog paw charm and the other a charm with the letter R, most likely for her hot hubbie Ryan Reynolds.) With her signature flowing blonde hair and that naturally bronzed complexion, Lively sat comfortably in the front row alongside Freida Pinto and the aforementioned Rose Byrne.

Also wearing a look from Michael Kors Spring 2014, Bryne opted for a blue polka dot dress. Demure at first glance, the dress has two thigh-high slits on each side—because hey, a girl always needs the option of an exposed leg. The Australian actress finished her look off with a brown leather belt, tied up in the same effortless fold as Lively’s, and stacked blue sandals. Whether she’s rocking a blunt fringe bob or curly blonde waves, Byrne’s hair always looks flawless and this morning’s soft, ’70s style was no exception.

So who wore Michael Kors Spring 2014 best in today’s front row battle? Cast your vote now for Blake or Rose in our poll. 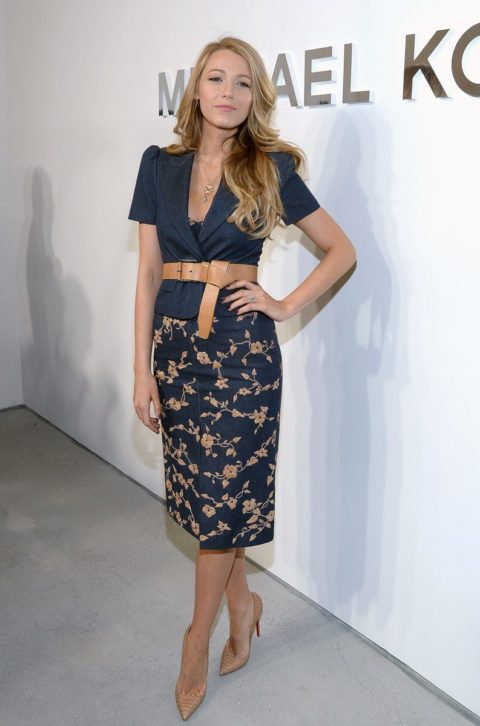 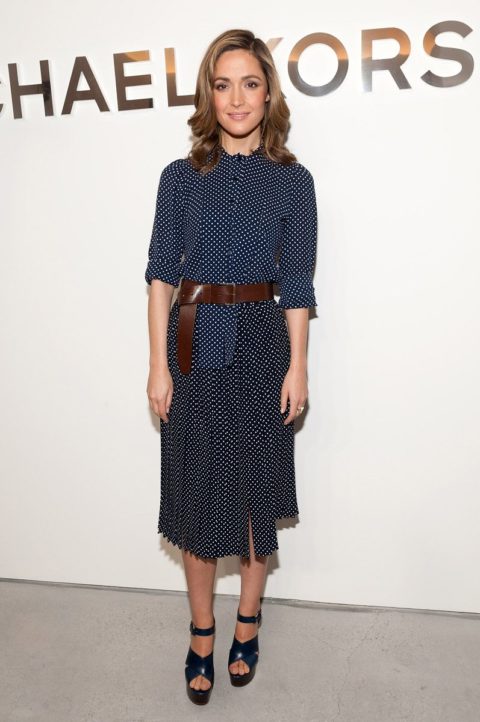