The week in celebrity style: See the best-dressed, from the Juno Awards and beyond

After weeks of heavy promotion, the much-anticipated Disney re-make of Cinderella has final hit theatres. But prior to the Friday debut, the stars were busy globe-trotting and promoting the film. While Lily James donned a semi-casual princess-like dress by Dior with promo-appropriate accessories (a “Cinderella” Olympia Le Tan clutch and Altuzarra burgundy pumps) for a special Toronto screening, Cate Blanchett flew solo Down Under in a zesty, colour-blocking look by Roksanda just for the occasion. Celebs have a knack for consistently making us mortals envious of their Spring 2015 pieces, but leave it to Rihanna to be already rocking Fall 2015 clothing during the photocall of her newest animated feature Home.

Our home and native land also got some red carpet action this past weekend with Juno Awards 2015 taking place in Hamilton, Ontario. With Jacob Hoggard of Hedley playing host to Canada’s biggest stars in the music industry (The Weekend, Shawn Mendes and Magic! to name a few), it was no doubt a night of star power. Kiesza was a big winner of the night, on stage and on the red carpet thanks to her mermaid-esque sheer Birks dress (right on trend!) and the celeb-fave heeled-sandals by Stuart Weitzman. And with the warmer weather in the air, showing skin was definitely called for. While Nikki Yanofsky and Alysha Brilla showed off legs in mini dresses, Lights displayed a little more in a sexy black dress with cutouts. 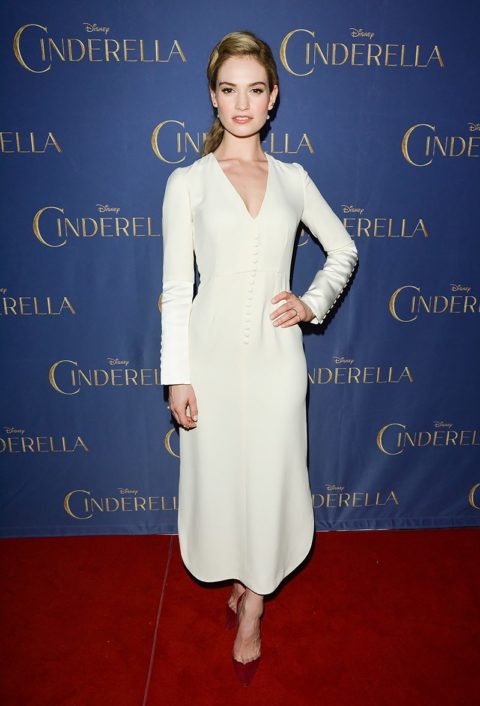 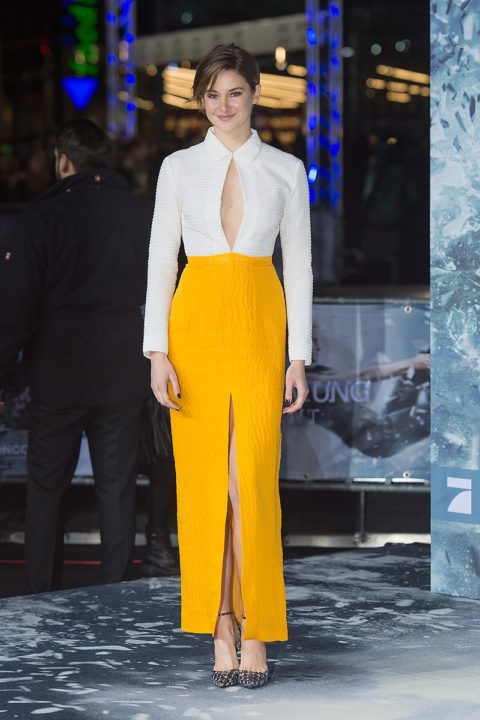 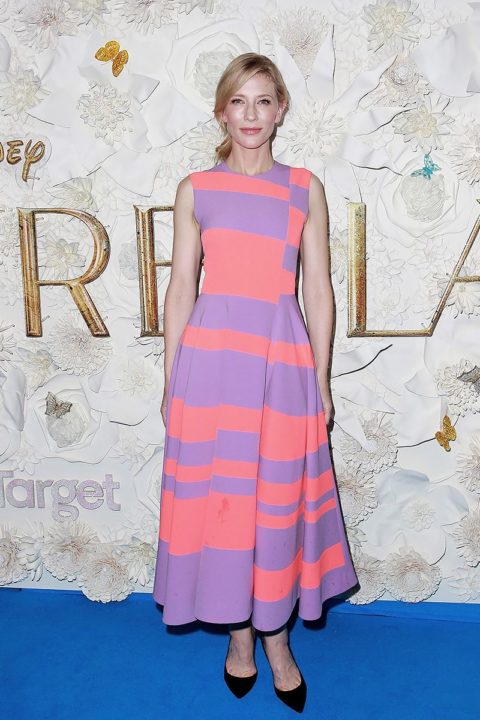 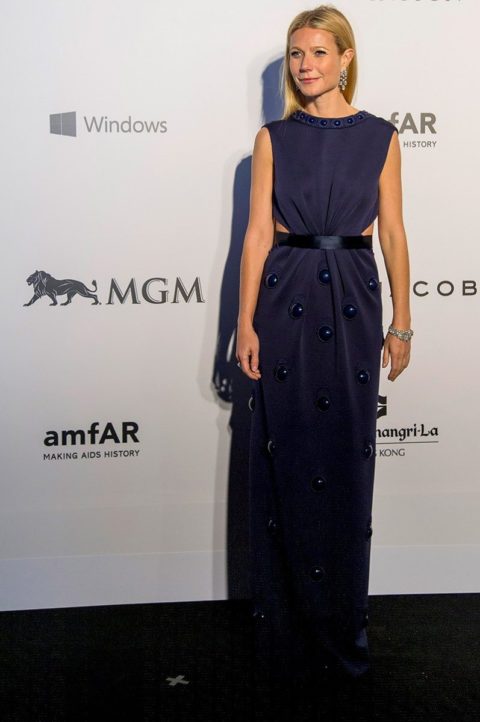 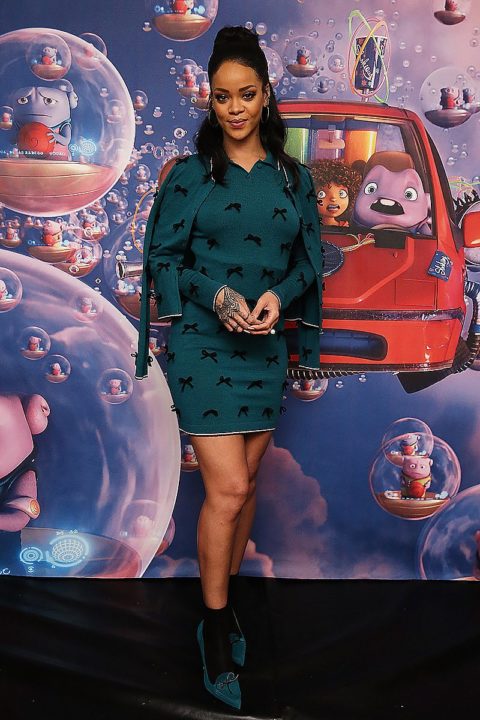 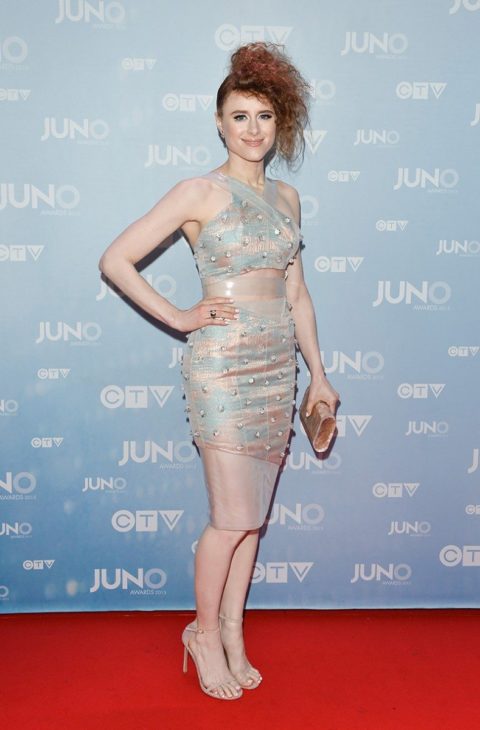 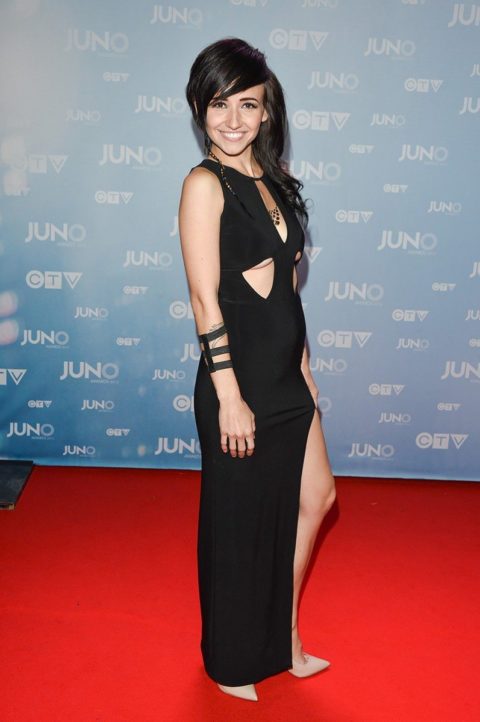 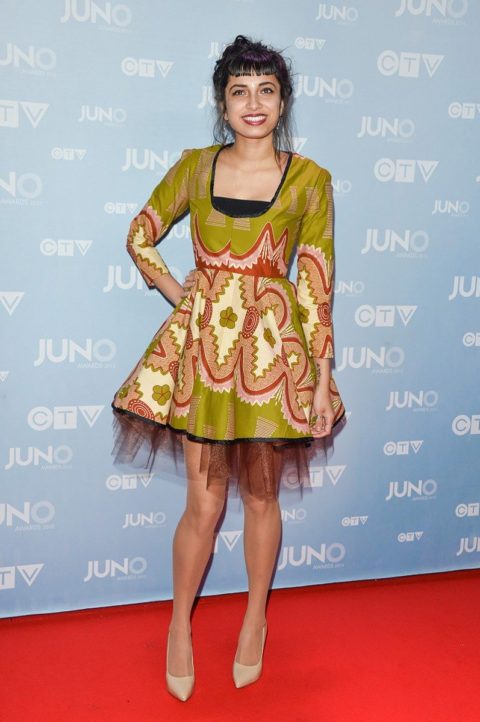 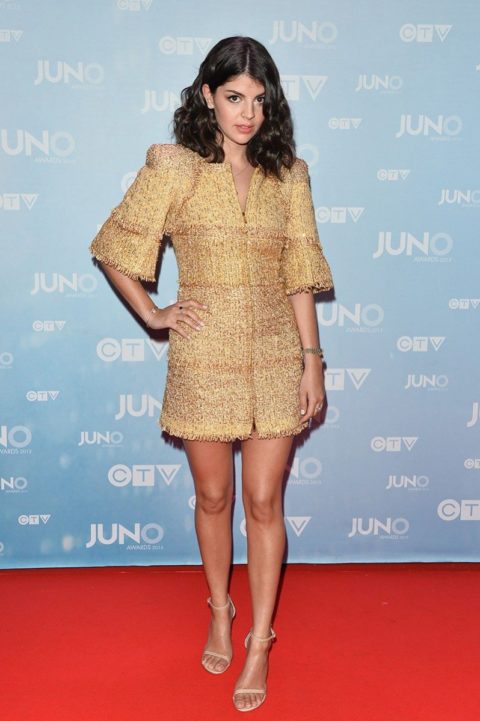 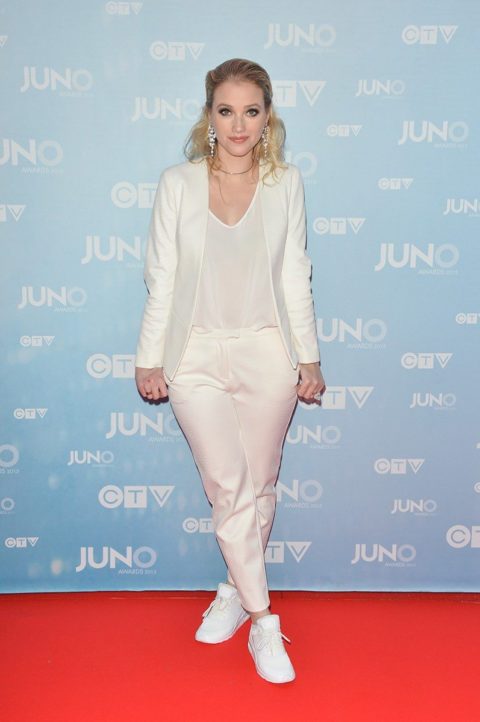 March 13, 2015: Shailene Woodley wears a white and yellow long-sleeved dress by Emilia Wickstead from the Spring 2015 collection that features a keyhole detail at the German premiere of Insurgent.

March 15, 2015: Cate Blanchett wears a colour-blocking dress by Roksanda from the Pre-Fall 2015 dress at the Australian premiere of Cinderella.

March 15, 2015: Rihanna wears a green Adam Selman outfit from the Fall 2015 collection that features black bows throughout at the NYC photocall of Home. She finishes off with matching Manolo Blahnik pointed-toe pumps.