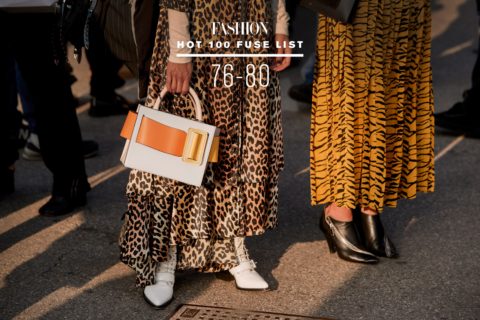 The Anti-It Bags Fashion Insiders Can’t Get Enough Of

In our Winter issue, FASHION editors rounded up the 100 people, products and experiences we think will blow up in 2019. It’s our inaugural Hot 100 Fuse List. From the workouts you’ll be doing, to the new designers and artists you’ll see on your feed, this is your guide to being in the know this year. We predict 2019 will be less about logomania and more about minimalism and personal taste. Introducing Anti-It Bags.

For the longest time, It Bags were defined by a few key factors: designer pedigree, easily identifiable features like logos or buckles, and a hefty price tag. They ranged from the Fendi Baguette to the Louis Vuitton monogram Speedy to the Gucci Dionysus, and were spotted on pretty much every A-list celeb you could think of.

But now, we’re firmly in the era of Anti-It Bags. Spurred by the success of Mansur Gavriel, whose minimalist bags spawned massive waiting lists when they launched in 2013, a new culture arose. Influencers and those “in the know” no longer wanted the bags that people could recognize from a mile away. They wanted the bags that only fashion insiders knew about, the ones that would earn them knowing nods on the street and were produced by little-known independent labels as opposed to historic fashion houses. A slew of brands slowly emerged that fit the bill, each one distinctive in its own right thanks to thoughtful design: unique shapes, bold features and inventive colour palettes. Proudly logo-free yet bursting with street cred, these are the bags you’re likely seeing all over Instagram.

There was a time when you couldn’t scroll through Instagram without coming across an image of a woman walking down the street in a fabulous outfit, structured bucket bag in tow. Launched in 2015 by a former fashion director at Reformation, Staud quickly became synonymous with both this sleek ‘Bissett’ style in sophisticated shades like cognac and burgundy but also the ‘Moreau’ version, which features a macrame netting over the leather exterior.

Christmas is all about bringing everyone together?

Based in London, this new handbag label has quickly developed a reputation for its architectural shapes and punchy use of colour. Inspired by abstract artists like Picasso, Brancusi and Miro, Danse Lente’s founder creates playful styles that range from oversized bucket bags to hexagonal totes.

Prettiest in the world ? @georgia_tal – hortensia in white with golden studs #Wandler

This Amsterdam label’s most recognized style might be the trapeze-shaped ‘Hortensia’—which comes in a variety of materials from croc-effect leather to suede-corduroy—but it’s also developed a following for its mini belt bag, available in hues both neon and neutral, and its colour-blocked shoulder bag, ‘Luna.’

This Bangkok-based brand has been around for over a decade but it’s only in recent years that we’ve begun seeing it on pretty much every street style star worth her salt. By far their most popular style seems to be the ‘Karl,’ identified by its boxy shape and oversized buckle. Colours range from the subdued (neutral hues like brown, cream and black) to joyful (one particularly exuberant version comes in colour-blocked purple, red and turquoise).