See the black and white looks up close »

Simple and demure was the name of the game for two of Hollywood’s style mavens.  This past week, Allison Williams and Scarlett Johansson ditched the glitz and opted for a softer approach to dressing, sporting similarly casual black and white looks.

At the opening party for Diane Von Furstenberg’s “Journey of a Dress” retrospective exhibition at the Wilshire May Building in Los Angeles (on through April 1, 2014), Williams went apropos in a signature DVF wrap. The dress featured a simple black top and contrasting flared black and white polka dot skirt, which she paired with white Jimmy Choo ankle-strap heels and ‘40s glamour girl curls.

Across the country in New York, Scarlett Johansson celebrated her new role as the official ambassador of SodaStream in a Proenza Schouler top and skirt with Saint Laurent T-strap pumps. While she may have been visually absent in her most recent starring role as the voice of Joaquin Pheonix’s OS in Her, the bombshell be back in the spotlight with SodaStream’s upcoming commercial spots during the Superbowl.

Who wore black and white best? Vote in our poll! 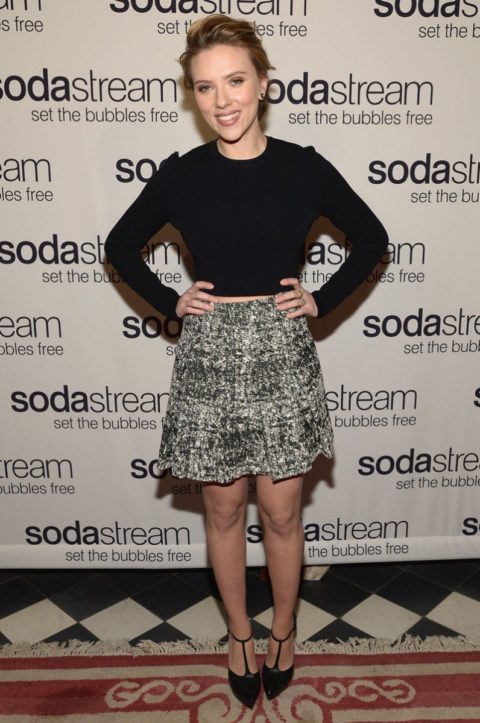 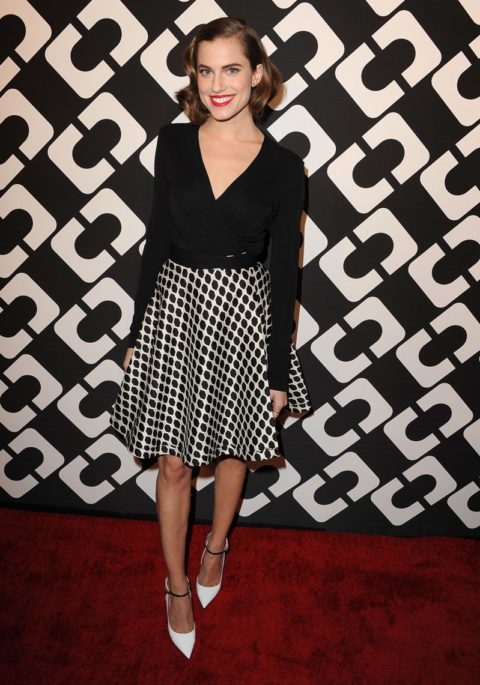 Scarlett Johansson wears a Proenza Schouler top and skirt with Saint Laurent heels to a SodaStream event in New York.

DVF The Journey of a Dress Alison Williams

Alison Williams wears a DVF dress and Carbon & Hyde studs to the premiere of Journey of a Dress in Los Angeles.

Left: Photography by Steve Granitz/WireImage
Get the best of FASHION in your inbox Thanks for signing up!
The latest fashion, beauty and celeb news delivered right to your email #FASHIONforall Now, check your inbox to complete your subscription
We won’t ever use your email address for anything else
Want even more FASHION? Follow us on social media.