Maybe it’s the British class system, or the stiff upper lip, or maybe it’s the Queen, but there’s something about the Brits that makes them born to rebel. From Teddy Boys and indie kids to skinheads and punk rockers, the desire to challenge social convention is somehow quintessentially Made in England. And, more often than not, that rebellious spirit has gone hand-in-hand with a pair of beat-up Dr. Martens. Worn loose and undone, high and tightly laced or studded with a chunky platform sole, the iconic leather boot with its signature yellow stitching has become a symbol of individual self-expression. And if Docs are the symbol, model-turned-actress Agyness Deyn is the muse.

True to her British roots, Deyn, whose third collection with Dr. Martens launches this fall, has always stood out from her model peers with her rock ’n’ roll edge and tomboy style, in which her Dr. Martens have played a starring role. “I probably have about 10 that I wear regularly,” she says. “My favourite is a pair of cherry ones that I’ve had since I was a teenager. I think I’ve had them longer than I’ve not had them.”

For her new collection, Deyn took inspiration from the classic clean-cut stylings of the British Mod movement. Characterized by a smart Eton jacket with a cutaway collar, a narrow tie, white socks, desert boots and a short Tony Curtis haircut, the Mod look was less a political statement than it was the pure pursuit of cool. Girls wore straight, knee-length skirts with collared shirts and sweaters, boxy jackets and round-toe shoes. “It was all about being groomed and taking it back to the classic,” explains Deyn, who says her interest in Mod culture stemmed from her own personal style evolution. “When I was younger it was all a bit punk and like, ‘Aahh, let’s just put on whatever’s on the floor,’ but lately it’s evolved to a more refined look. I feel like that’s what Mods were; they had their uniform and it was very put-together.”

Key pieces from the collection include a wool shadow-check jacket with faux fur detailing, a crisp white dress shirt with an oversized pointed collar and a patterned tea dress featuring this season’s signature motif, the teapot. But the highlight, of course, is the shoes, which range from desert boots to two-tone lace-ups to heeled Mary Jane sandals. It appears a grown-up Deyn has put a grown-up spin on the classic Dr. Martens silhouette. “I feel like I’ve been raised with the brand,” says Deyn. “It really feels like you’re wearing history on your feet. When I wear my boots, it’s symbolically like strength. Especially for a woman to be wearing Docs… it’s like, ‘Yeah, I’m here.’” Rebellion with a touch of tailoring: very British indeed. 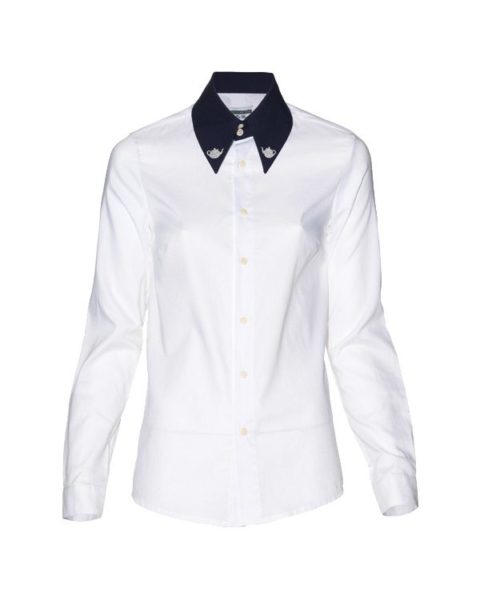 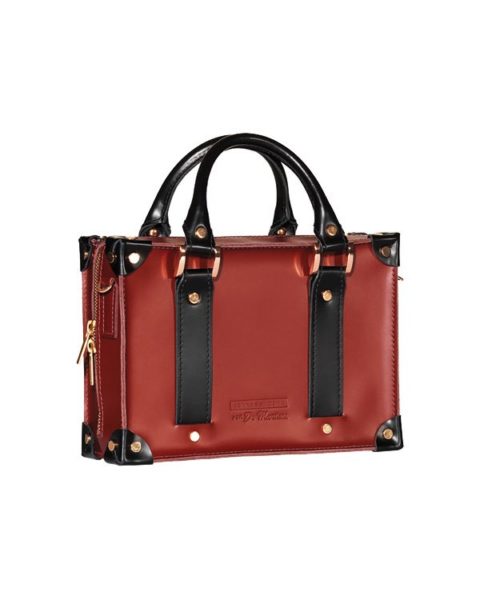 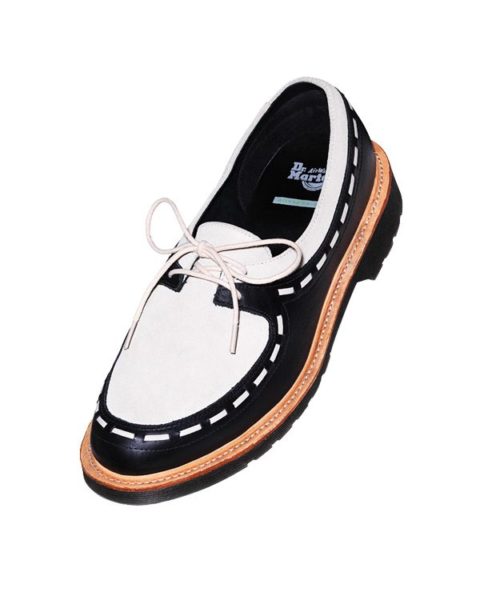 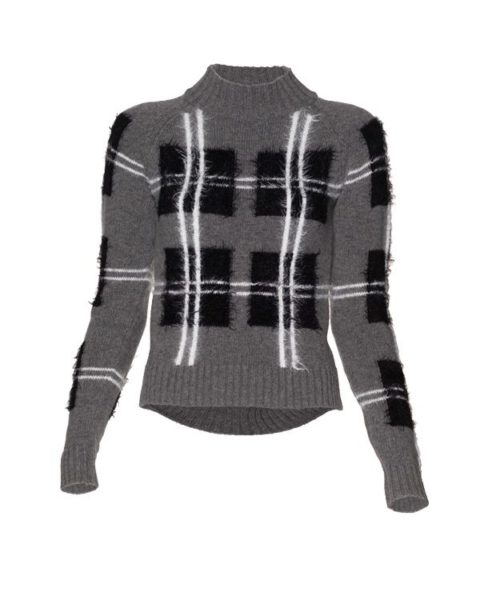 A white dress shirt is a Mod must-have. Teapots on the collar add a playful touch.

Complete a crisp, clean outfit with a boxy briefcase-inspired handbag.

Pair a fitted grey sweater with a straight knee-length skirt and Mary Janes.