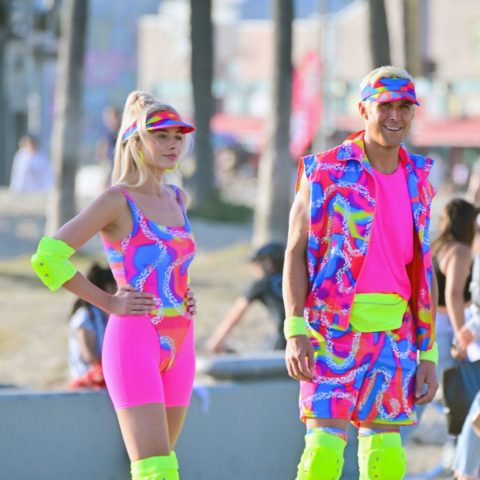 When Did It Become Cool Again to Like Barbie?

In the immortal words of TikTok: you know how men acted when The Joker came out? The upcoming Barbie movie — directed by Greta Gerwig and starring Margot Robbie, Ryan Gosling, Will Ferrell and more — will be my Joker.

To say I was a Barbie fan growing up is to put it mildly — I lived and breathed hot pink. On any given day, you could see dozens of dolls lining my bedroom floor, interspersed with small clothing and even smaller shoes, resembling a colourful explosion of plastic and fabric. But a few years after I graduated from toys to tampons, Barbie became uncool. And not just because I was now a “grown-up” (trust me, no one feels more grown-up than a teenage girl), but because the world seemed to turn on her, and they were kind of right.

It’s no secret that the traditional Barbie bod is unrealistic. In fact, according to Medical Daily, if Barbie was real, she wouldn’t be able to walk upright because her height, weight, waist and bust size are too disproportionate. Also, trying to hold anything with those fused fingers and unbendable arms would be a nightmare.

So when the early 2010s saw the beginnings of the body positivity movement, Barbie was (understandably) one of the first pop culture icons to take a hit. Multiple studies around that time explored Barbie’s negative impact on young girls’ body expectations and self-esteem. Research also revealed how the toy perpetuated the feminine beauty ideal of a young, thin, straight, white, cis-gendered woman with blond hair and excluded the other 99 per cent of the population. Simply put, Barbie hadn’t evolved since the 1950s, and that was a problem.

But when the first photo of Gerwig’s Barbie movie was released in April, the internet lost its mind and seemingly its memory. No one appeared to care so much anymore about the problematic body standards or the lack of diversity that ruled the conversation 10 years ago. Instead, nostalgia beat out the naysayers, and social media was abuzz with praise of the personification of the doll.

So what changed? Well, a few things.

First, the 2000s are cool again. CDs are making a comeback. The Miu Miu miniskirt went viral. And toxic body ideals are finding a new home on TikTok, thanks to Gen Z. Nostalgia is running rampant, and the wish to return to a childlike state can also be thought of as a reaction to these uncertain pandemic times.

Also, in fairness to Mattel, the company that produces Barbies, the brand has worked hard to address the criticism. In 2016, they released four new body types; original, tall, petite and curvy. In 2019, it introduced more natural and braided hairstyles. And in May 2022, they released a new “Fashionista” line featuring a doll with a prosthetic leg, a hearing aid and a Ken with the skin condition vitiligo.

Then, the choice to have Greta Gerwig at the movie’s helm was a brilliant PR move. A burgeoning feminist film icon, the director has been a vocal advocate for more women in leadership roles in the industry and has been the driving force behind successful women-led projects such as 2016’s Lady Bird and the modern adaptation of Little Women in 2019.

And according to internet murmurs, Gerwig’s Barbie movie will not shy away from the issues with the blond-haired doll but embrace them. It’s rumoured that Barbie (Robbie) and Ken (Gosling) will somehow find themselves outside of Barbieland and in the real world. While Barbie struggles with her new reality, Ken thrives in it (because, of course) as the Mattel CEO (Ferrell) tries to bring them back home. But even though we can’t confirm the accuracy of this plotline, we can confirm that the costumes are already living up to the Barbie legacy. From Ken’s “Ken” brand boxers to the matching neon rollerblading outfits and the bedazzled cowboy ensembles, the camp is being served on a hot pink platter, and we are all eating it up!

And that’s okay. Being excited about the Barbie movie doesn’t make you less of a feminist or a body positivity advocate. The key is being aware of the good and the bad. Toys and films are a form of escapism and rarely actually reflect reality. Do I wish I looked more like Margot Robbie? Of course! I’m only human. But do I also acknowledge she has a team of nutritionists, trainers, beauticians and stylists whose sole purpose is to make her look as perfect as possible? Also, yes. Like Barbie, she’s a fantasy, and fantasies aren’t real. And as we might soon learn on the big screen, life in plastic might not be so fantastic anyways.