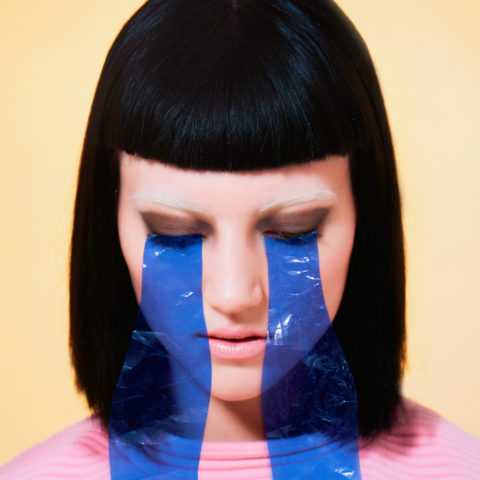 On Being A Cry Baby

In honour of International Women’s Day, writer Alena Papayanis shares how she found her way back to feeling.

As a young child, I was quick to tears. My emotions were not tended to by my parents and, at some point, I stopped tending to them as well. To my mother, a child of Ukrainian immigrants, and my dad, an immigrant from Macedonia, life was much more pragmatic. I was taught how to behave, not necessarily how to feel. But I felt everything. I’d cry uncontrollably when faced with most things I found too daunting: swimming lessons, gymnastics, the first day of school. With no one to hold space for my big emotions, I became numb to them and followed a life path that was more passively found than actively chosen: go to university, get a job, find a man to marry, have children. I was socialized to be a nurturer in a society that was suspect of emotional women. And as a people-pleaser, I didn’t allow myself to have needs of my own.

Only in the last handful of years have I been able to truly listen to and understand my emotions. I’m a 42-year old mother now managing life on my own, one that I’d been brave enough to explode and completely transform with no guarantee of success. I came out as queer from a straight marriage in my late 30s after years of ignoring and intellectualizing the feelings my mind had worked for years to override.

Don’t get me wrong, I was still emotional. I just wasn’t actually processing my feelings. They stayed there inside me, bouncing around and inevitably surfacing at an inopportune time. I used to view my emotions as enemies, as intruders I needed to not let through, but now I see them as the messengers that they are.

In her now-famous Ted Talk, researcher and academic Brené Brown explained that vulnerability is in fact a deeply courageous act of emotional exposure, one that’s required for true connection. Yet, feelings are still often considered a weakness, and reclaiming their validity is still often met with resistance.

A few people I’ve dated have implied that I’m too emotional. But I’m not afraid of a few tears. One girlfriend, while I was tearfully processing some sad news, diverted the conversation to detail all the reasons I should not feel that way. I was left a bit stunned at how quickly she’d tried to sweep my sadness under the rug. She also read my desire for intimacy with her as insecurity. Emotional connection was, to her, a visceral threat to her independence.

Years ago, I would have been mad at myself for not being able to shapeshift into the person she had wanted. I would have swallowed my needs if I was even able to identify them at all. I would have felt small, like I had gotten in trouble for having any feelings at all.

But this time, there was nothing for me to change about myself. I no longer needed anyone else to tend to my feelings for me. I’d spent the last few years healing my relationship to myself and had never felt stronger or more centered.

Historically speaking, women’s emotions have been pathologized – treated as abnormal and unhealthy – beginning as far back as ancient Egypt. Hysteria, as doctors called it even up until the 1950s, was the first mental disorder attributed to women and there’s been a whole slew of “cures” proposed for it over its 4000 year history.

Even though studies show that those who identify as men and women are equally emotional, society still largely holds onto the stereotype of the (overly) emotional woman. Black women operate under even stricter limitations than their white counterparts, always fighting the still-prevalent “angry Black woman” stereotype. Society is particularly bad at holding space for women’s anger, especially women of colour.

And yet, when I reflect on our history, I suspect that every great movement was sparked by an emotion – a feeling of injustice, anger, grief, pain, fear. As the 13th-century Persian poet Rumi told us about emotions, “These pains you feel are messengers. Listen to them.” Thankfully, our past is filled with those who have listened to their messengers – something that remains a revolutionary act even today. They knew that their personal feelings were not just their own but were in fact deeply connected to something more universal. They were able to make the crucial leap beyond themselves to feel a collective emotion.  Maybe that’s why emotion has been so consistently labeled as a weakness, because of its power.

I will unashamedly admit that sometimes I still need a good cry. In fact, I recently got a tattoo of a crying cherub holding a banner that says “cry baby.” Every time I see it, I’m reminded of a few important lessons: that I can ride any wave of emotion and have survived huge ones already; that if we don’t listen to our emotions, they’ll find a way to make themselves heard anyway; and that feelings are not something to fear, but can provide great wisdom. I wear this tattoo as I wear my emotions, like a badge of honour.