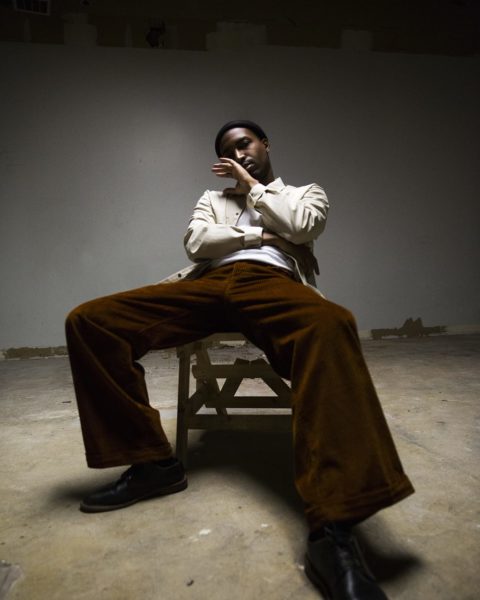 “In popular music right now everything is trending towards minimalism and I felt like I could do something different."

Most artists aspire to not needing an introduction. Yore, however, revels in getting his second chance at a first impression. The Los Angeles artist took a three-year hiatus from releasing music as a solo artist to rebrand under the moniker Yore, and though some of the songs had been started years before, it took the right creative team to execute his vision. The process starts with Yore writing the songs at home and then bringing them to vetted producers like grammy-nominated Robin Hannibal (Rhye, Little Dragon), and Jordan Reyes and Aaron C. Harmon (BASECAMP). He equates the process to sculpting: adding pieces and then taking them away, “it’s like when you’re building something that you haven’t ever seen before, you don’t really know what you’re building until it’s there.”

The EP is a nostalgia-steeped orchestration of neo-soul vocals, ambient strings and piano; informed by his solo travels and a reflection on time itself. If that sounds like a large topic to tackle, it’s because it is—but Yore fearlessly goes big, not only thematically, but also sonically. “In popular music right now everything is trending towards minimalism and I felt like I could do something different,” says Yore, “if I go in the opposite direction and just try to make things as big as possible, while still keeping the song and the vocal at the heart of it, that could be a cool thing to do.” The music is inspired by his affinity for ambient piano and meditative music, and the longing lyrics a corollary to films such as Spike Jonze’s Her and Yogros Lanthimos’ The Lobster.

In the online environment of immediate expectations and instant gratification it’s hard to let a project percolate, but Yore’s approach is pragmatic. “If I could have put it out in 6 months I would have. It’s just however long it takes.” The project also extends beyond the music; the visuals are an important part of the creative process, determining what Yore refers to as a “palette,” informing what it sounds and feels like. This “blurry image without the specifics” serves as a foundation for the textures.

What caught me off-guard about my conversation with Yore was his forward-thinking mentality. Enveloped by the nostalgia of the EP, it didn’t occur to me that reflecting on the past was his way to imagine the future. “It’s about a specific time in my life, a specific feeling, a specific philosophy, and a specific vision that I have for the future. I don’t really know where it’ll end but I have a good idea of what the beginning and the middle look like.” Now that he has his “pilot episode” there’s more to explore, and he’s one step closer to not needing an introduction.

You can listen to Yore’s EP here http://smarturl.it/yore-ep1 and click below to watch our Las Vegas fashion film.