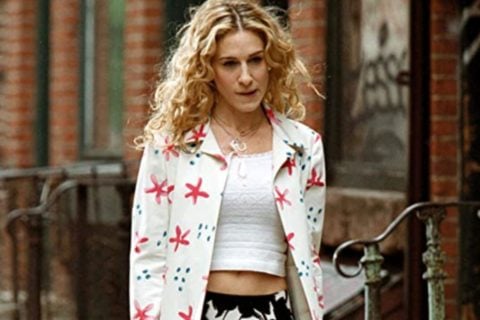 A Sex And The City Reboot Is Officially Happening

It’s officially happening: Sex and the City is getting a ten-episode reboot on HBO Max. The new chapter, called And Just Like That… will follow the lives of Sarah Jessica Parker as Carrie Bradshaw, Kristin Davis as Charlotte York Goldenblatt and Cynthia Nixon as Miranda Hobbes navigating life in their 50s. Filming is set to begin spring 2021; an air date hasn’t been announced.

Kim Cattrall, who played Samantha Jones in the original series, which aired from 1998 to 2004, and two movie adaptations, in 2008 and 2010, declined to participate. There’s no word yet on how her absence will be explained on the show.

In a 2017 interview, Cattrall suggested a non-white actress should be recast in the role, helping to correct the glaring lack of diversity on the original show. “It’s a great part. I played it past the finish line and then some, and I loved it. And another actress should play it,” Cattrall told Piers Morgan. “Maybe they could make it an African-American Samantha Jones, or a Hispanic Samantha Jones.”

Cattrall has also publicly stated that she and Parker were not the best of friends. Parker replied to an Instagram comment on the teaser trailer for the new show denying she herself did not like Cattrall. “No. I don’t dislike her. I’ve never said that. Never would,” she wrote. “Samantha isn’t part of this story. But she will always be part of us. No matter where we are or what we do.”

We couldn’t help but wonder…will the show be the same without Samantha? Time will tell – but according to comments on our Instagram post, above, many of you will be watching the show despite her absence.

Where can you watch the Sex and the City reboot in Canada? HBO Max is, unfortch, not yet available in Canada, however, its shows are often licensed to Crave. Fingers crossed Canadians will be able to watch And Just Like That on Crave’s platform. We’ll update this post when we know more.