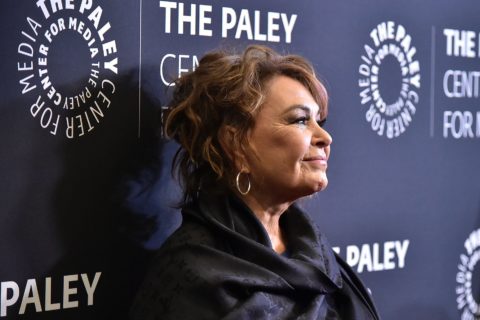 Yesterday, the reboot of Roseanne’s self-titled sitcom got cancelled after she tweeted a racist remark about the former aide to President Barack Obama Valerie Jarrett. Valerie Jarrett is an African American woman, who was born in Iran, which we mention because it’s relevant to this. It has been less than 24-hours and a lot has happened. Since we’re in the age of an overwhelming amount of information, I’m here to answer all your (hypothetical) questions to make sure that we’re all on the same page.

Great question. Although Roseanne has since deleted the tweet, the Internet is forever. The tweet in question read: “muslim brotherhood & planet of the apes had a baby=vj.” Roseanne tried to pass the tweet off as a joke, but calling a woman an ape did not read well to the rest of the world.

Twitter certainly reacted, but it depends on what you define as “poorly.” The Twitterverse blew up in support of Jarrett, including some of Roseanne’s costars, who were quick to clarify that she did not reflect the opinions of people on the show. It was the reaction the offensive tweet deserved/

Roseanne’s recent comments about Valerie Jarrett, and so much more, are abhorrent and do not reflect the beliefs of our cast and crew or anyone associated with our show. I am disappointed in her actions to say the least.

She CALLED HER AN APE.

Whose parents were Muslims

Who had sex with apes.

What will happen to her show?

ABC was quick to respond to the tweet by swiftly cancelling her show. In a statement the network’s entertainment president, Channing Dungey, said that “Roseanne’s Twitter statement is abhorrent, repugnant and inconsistent with our values.” People are praising ABC for their decision to nix the show and are showing particular love to Dungey, who is the first African-american woman to head a major network.

For the record, this is Channing Dungey. Sitting on top of your world like a Queen in full judgement of your garbage and taking it out. #Roseanne pic.twitter.com/GxEP2B61uq

Roseanne did apologize to her cast, tweeting “I just want to apologize to the hundreds of people and wonderful writers (all liberal) and talented actors who lost their jobs on my show due to my stupid tweet.” However, she has yet to issue any apology to Jarrett, who has yet to respond to the tweet. She also told fans not to feel sorry for her and that she would be leaving Twitter permanently.

Ha. No, Twitter is one hell of a drug. Hours later, Barr was back to Twitter defending her actions, while admitting the content of the tweet was indefensible. It’s a precarious argument, to be sure. Her explanation for the tweet? She was on Ambien. In a tweet that has also since been deleted, Barr said that “It was 2 in the morning and I was ambien tweeting-it was memorial day too-i went 2 far & do not want it defended-it was egregious Indefensible. I made a mistake I wish I hadn’t but…don’t defend it please.”

Wait. Ambien can make you racist? Talk about a hell of a drug.

No, Ambien can’t make you racist. Sanofi, the maker Ambien, was quick to respond to Roseanne’s allegations of the drug being the catalyst of her racist tweet in what I am hereby declaring as the subtweet of the century. Don’t believe me? See for yourself:

People of all races, religions and nationalities work at Sanofi every day to improve the lives of people around the world. While all pharmaceutical treatments have side effects, racism is not a known side effect of any Sanofi medication.

So what happens now?

Right now, we don’t know. Like Barr said, hundreds of people have lost their job over a tweet of 44 characters. I think it’s fair to say that the general public does not blame the cast and crew of the show for Barr’s racism, or connect them to her beliefs. While it’s unfortunate that so many people have lost their job after the wrongdoing of someone else, I don’t think that it will effect their career long-term. Except for maybe Michael Fishman, the kid who played DJ who is no longer a kid. He probably needed the work.

As for Roseanne, the damage has been done. She was also dropped by her talent agency, and I think that any project with her name will be likely to receive backlash. However, she does have one fan that is still on board: Donald Trump. In true 2018 fashion, Trump tweeting in defense of Barr and said that ABC should apologize to him for their portrayal of him in the media.

Bob Iger of ABC called Valerie Jarrett to let her know that “ABC does not tolerate comments like those” made by Roseanne Barr. Gee, he never called President Donald J. Trump to apologize for the HORRIBLE statements made and said about me on ABC. Maybe I just didn’t get the call?

With Trunp’s recent addition to the narrative, my guess is that the story is going to get much bigger. Now, it’s not just about a comedian making a racist tweet, it’s also about the President of the United States saying that he should get an apology too.