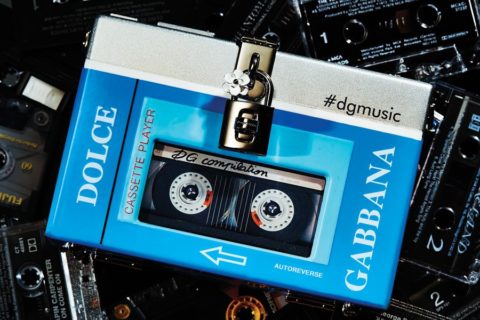 These TV Soundtracks Are Guaranteed to Give You All the Feels

I have always been fascinated with the process of creating a good soundtrack. Whether it be making mixed CDs back in the day or admiring the music advisers who create soundtracks for TV shows. In fact, I’m so into it that when it came time to start thinking about career prospects (years ago) I found myself researching how to become a music supervisor (turns out it is a really tough gig—for good reason!).

A good soundtrack plays a vital role in film and television and is what moves us and alters our emotions. It can set the entire mood of a show. (This was very apparent in HBOs Big Little Lies.) It can also put new artists on the map that we may not have heard of yet. (In 2004, Zach Braff introduced his roommate Joshua Radin’s music to the show Scrubs, which greatly increased his exposure.) But most of all, it can be that extra element that keeps you lured in, makes you want to dance, gives you shivers or makes you cry.

Being a kid of the ’90s, I now look back and feel extremely grateful for growing up in a time when making mixed tapes CDs was a thing. There was nothing better than putting your heart and soul into a CD and gifting it to a friend/boyfriend to see what they thought, and vice versa. Back then, there weren’t oodles of playlists at the touch of a button, with apps like Spotify. Instead, we’d pick up on new music from videos on MuchMusic (one of my favourite channels as a kid) as well as TV shows and movies. It required effort.

As of late, it feels like there has been a resurgence in the appreciation of good TV soundtracks. Specifically with Big Little Lies, it seems that discussing the soundtrack is one of the first things people bring up when talking about the show. For this reason, I decided to put together a curated list (both old and new) of some of my personal favourites. It won’t tickle everyone’s fancy, but if anything it may get you thinking about the soundtracks that have had an impact on you.

And then sometimes there are shows that are there to deliver new artists and songs but don’t truly change the essence or feel of a show. Made In Chelsea (the British version of the famous reality show The Hills) would be a case in point. While this show is definitely not everyone’s cup of tea, you’ve got to give it to them for being ahead of the radio and many other outlets on what’s current and to come in music. For instance, Alt-J’s “Dissolve Me” was played on MIC a full year before Girls picked it up.