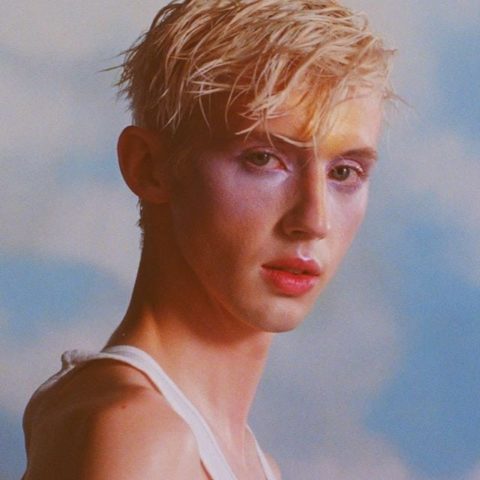 We Chat With Troye Sivan About The Release of His Brand New Album, ‘Bloom’

Troye Sivan, the South African-born, Australian-raised singer, released his debut EP all the way back in 2007 at only 12 years old. He followed it up with the release of his first album Blue Neighbourhood in 2015. But now, at 23, it seems that Sivan has officially found his sound and his new album Bloom, which debuted today, is the artist’s most authentic yet. We got a chance to chat with Sivan about heading back on tour, his biggest inspirations and how it feels to truly express himself.

How does this album compare to Blue Neighbourhood, what’s different about it?

I think the biggest difference is that it’s just a little bit more together. You know, I feel like I grew up a lot in the time between the two albums and I feel like you can really hear that and feel that on the album. I was a lot more confident and knew what I wanted a lot more and just had that stronger perspective and that really comes across in the music.

What’s your favourite track on the album?

I would say my favourite track is a song called “Animal” because I’m just really proud of it. I’ve wanted to write a song like that for a really long time and I don’t think I really knew how to do it before. So to be able to get there and to have a song that really feels the way I feel inside, that’s such a rewarding moment as an artist, where you can feel a feeling and then bring it to life. It’s super satisfying.

Was there a song that was the most difficult to write?

I would say “The Good Side” was really really hard, just because it was a sensitive situation that I wanted to make sure I communicated right. Like the only way I was going to write that song was if I felt like it really completely communicated every feeling that I had about that particular situation. I was just really happy when we finally got there in the end and dealt with all the complexities of it.

Personally I loved that song on the album because I feel like it tells a side of breakups that we don’t often see written about in songs. It takes a lot of honesty to write like that. So when it comes to the songwriting process, how close are your lyrics to your actual real life experiences?

Always as close as I can possibly make them. It helps that I write a lot with some of my best friends in the world. That really makes the studio a very comfortable place to express anything and everything that you’re feeling. We didn’t hold anything back.

One of your songs, “Seventeen,” [which addresses the subject of underage sex] definitely leaned more towards the dark side when compared with some of your others. In fact, it’s received a little bit of backlash over the age gap you sing about. Why did you ultimately choose to share this story? Why was it important for you?

I was in a bit of a tough position because it was a real experience that I wanted to talk about. Saying that, I kind of second guessed myself because I didn’t want to condone and I didn’t want to put anybody in an uncomfortable position. I started reaching out to friends and artists close by and almost all of my LGBT friends–not even almost all, literally all of them–said they had similar experiences. The song’s about that point where you’re not really sure where to turn and you’re just looking for a sense of community, of belonging. It’s about when you want to feel wanted, so you just end up putting yourself in these precarious situations as a way to navigate that. So I guess I was like, even if this is a little uncomfortable to talk about, it’s still something that should be spoken about because we shouldn’t pretend like it’s just not happening at all.

This album as a whole really feels really unapologetically you. You’re not afraid to broach your sexuality and celebrate it, for example in songs like “Bloom”. How do you stay so sure of yourself and so strong in a profession that carries so much constant judgement.

I think the thing is, I’ve always let honesty guide me and I think that if you’re being honest people can’t really fault you for that. I’m really lucky that I have a super supportive team and record label and everyone is just kind of like down for me to share my experience. So yeah, I just kind of fall back on the fact that if it’s real, then hopefully it will connect with someone else and I rely on that.

There aren’t a lot of artists out there like you and you’re kind of paving the way for these LGBTQ voices to get accepted more on the radio. Do you feel any pressure from inhabiting that role?

I do and I don’t. I feel really confident in where things are heading as far as representation goes. I feel like there’s a kind of school of young queer artists who are coming up right now that I’m so happy to see. I feel like maybe I’m part of some sort of movement in the right direction, but I don’t feel solely responsible for anything.

You’re about to go back out on tour, are you excited and how are you preparing?

We’ve already started rehearsals, we’re planning the stage design right now and the set list for the songs. Yeah, I’m so, so excited. I feel like this album has been such a visual album for me and I’m really excited to kind of bring that to life in a physical space.

Speaking of visuals, I know your Bloom music video was all about fashion and serving looks. Where did you find inspiration?

For inspiration we pulled a bunch of really incredible references. Everyone from Leigh Bowery to David Bowie to Madonna. We started there and then began to pay tribute to all of those. We got together this incredible team of creators, everyone from makeup artists, to stylists, to hair and just tried to make this extremely visual fantasy come to life.

Who in the music industry do you look up to?

I look up to different people for different things. I look up to Taylor Swift for her songwriting–regardless of if she was Taylor Swift or not, I think she’d be a tyrant in the writing world and that’s really inspiring to me. I look to Robyn for cool pop. I look to Frank Ocean for always keeping things super fresh. Yeah, there’s a bunch of people I really admire.

And speaking of Swift, you recently met up to perform with her at one of her concerts. How was that experience?

Completely surreal, like the craziest thing that’s ever happened to me. It was one of those moments where I just kind of looked up and could not believe what was happening to me.

Tell me about The Bloom Book.

My boyfriend’s a photographer and he’s constantly taking photos of everything–especially me. We have this album that’s so intimate and I really wanted a visual representation of this time in my life. So, we got together a bunch of the photos and we made this really beautiful book that we’re planning on releasing as a coffee table book one day.