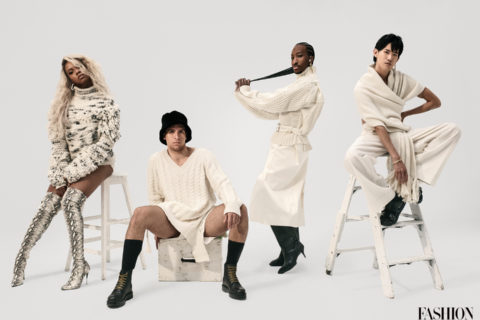 Members of Toronto’s Ballroom Community on Racism, Identity and Acceptance

Ballroom competitions have provided acceptance and accolades for many who grew up feeling lost—or worse. We spoke to some Toronto ballroom community members as they modelled a selection of the season’s coziest knits.

In March, members of the Toronto ballroom community, including Tamar Miyake-Mugler and Aura Louboutin West, were in Chicago for the 19th annual Midwest Awards Ball when the news came that the Canada-United States border was closing. The event was cut short as they rushed home to Toronto.

This early period of the pandemic, with all the grief, anxiety and isolation of lockdown, was destabilizing for many. Cracks in our society—issues like systemic racism and police brutality—had widened. But under the pressures of the pandemic, these fissures, which disproportionately impact our poor, elderly, migrant and racialized populations as well as those living with disabilities or addiction, have been thrown into high relief. Though often invisible to white, middle-class, heteronormative society, their existence was not a revelation to anyone in ballroom.

After being raised in a conservative Seventh-day Adventist household, Miyake-Mugler found ballroom at the age of 20 and is now, at 28, known as “the Queen of Canada.” She wants to be a visible presence for kids struggling with identity—to create a blueprint for how to live unapologetically and authentically and maybe even wind up in bright lights in Yonge-Dundas Square, one of the places where the Absolut Changemakers campaign she was cast in aired.

“There are not many scenes or communities where people like myself—who are Black, queer, underprivileged or all those things—can come together,” she says. “You feel like you belong, you feel you have a seat at the table, you feel ownership over the space.”

Ballroom was, in fact, created as a response to societal inequities, oppressive systems and the poor treatment of queer and trans people of colour. Its very existence was an act of resistance.

The roots of ballroom can be found in the extravagant drag balls of the 1910s, ’20s and ’30s held in New York, New Orleans, Chicago and Baltimore, the most notable of which were the Harlem festivities. Filled with pageantry and cross-dressing, these drag balls were elite, cosmopolitan affairs that mimicked debutante balls and other high-society events. But their status and popularity weren’t enough to save them from moral purity campaigns’ increasing preoccupation with homosexuality.

The drag circuit survived underground, but it was the racism within these balls that drove pioneers like Crystal LaBeija, a Black trans woman, to create a new scene in 1970s New York. The categories that entertainers could compete, or walk, in evolved along with the aesthetic. Gone was the Las Vegas-showgirl act. Performers emulated Hollywood icons like Marilyn Monroe and Elizabeth Taylor and, later, supermodels like Iman, Christie Brinkley and Maud Adams.

Another pioneering icon, Paris Dupree, invented voguing, a new style of dance that incorporated poses from high-fashion magazines as well as ancient African art and Egyptian hieroglyphics. She helped shape competition categories like vogue, runway, face (beauty) and realness (the artistry to pass as a traditional member of the assigned gender- and status-coded archetype). When so much of the world is closed to you, walking is a way of taking back power. In ballroom, if you work hard, you can win—even if it is only in this arena.

“Being from a Christian Jamaican home, it’s very hard to live in the skin I’m in,” says Matthew Cuff, also known as Snoopy Lanvin of the House of Lanvin. “It wasn’t until I found vogue that I could be genuinely free in my skin and didn’t have to worry about gender boundaries or looking a certain way.”

Today, Cuff teaches at a premier studio, The Underground Dance Centre, and last year, he vogued onstage with the Toronto Symphony Orchestra. But as a founding member of the Canadian House of Monroe in 2006, he also remembers the struggle to establish a community here. At the time, he says, dance hall and calypso were the most prominent sounds within the Black, gay club scene and even getting venues to play their music was a challenge. Finding allies like DJ Blackcat (a.k.a. Charmed Monroe) and opening key international house chapters in Canada helped to cement ballroom here.

The house system, founded by LaBeija in the 1970s, was more than just a way of organizing teams for competitions. Run by a “mother” or “father,” who serves as a mentor and surrogate parent, “children” take on the name of their house. Divided into mainstream and kiki (the training ground), people can join houses and walk different categories—sometimes with or against their “siblings”—in each scene. When the world doesn’t expect anything of you, having people to be accountable to can be a matter of survival, explains Miyake-Mugler, who first attempted suicide in grade school and never expected to make it to 18. She believes that if she had been exposed to more stories like hers growing up, she might not have had the same struggles with her mental health. As a mother in the House of Louboutin in Canada, she sees supporting her children as her life’s purpose.

“What I have to bring to the table is going to supplement what your biological mom could not do,” explains Miyake-Mugler. She wants kids to know it does get better. Today, she has a close relationship with her mother but with the first-hand understanding that not every parent or community is equipped to raise a queer or trans or even questioning child. Even the most accepting of these may not have the life experience to be the guiding force or role model their child needs.

Louboutin West, whose given name is Nikolaos Théberge-Dritsas, is the youngest, newest ballroom member on-set for FASHION’s knitwear shoot but he is already father of the Toronto chapter of the House of Louboutin and has co-hosted and organized balls at venues like Artscape Daniels Launchpad and Soho House Toronto. Still, he always carries with him a historical awareness and is cautious not to step on anyone’s toes. “I’m still a guest,” he says.

Miyake-Mugler, who recruited Louboutin West into the role of father, believes there’s space for everyone in ballroom as long as they enter as an ally and behave with integrity and respect. “It’s really important to have a space for LGBTQI people to just be and exist and let loose and feel welcome and feel included,” agrees Matthew Chiu, known as Dynasty Milan, who helped bring categories like runway, best dressed and hand performance to Canada. “Now more than ever, it’s amazing to hear people in Montreal or Vancouver say ‘I never saw an Asian person vogue until I saw you do it.’”

Milan discovered ballroom after moving to New York at 18 to attend the Alvin Ailey American Dance Theater. He would tag along to rehearsals for the House of Ninja, founded in the 1980s by Willi Ninja. Known as “the godfather of voguing,” Ninja elevated the style of dance to new heights, becoming a sought-after choreographer in the process. He died of AIDS-related heart failure in 2006 at age 45, but the iconic house lives on in his name.

For a community that has endured so much, it’s a sense of belonging that has helped sustain them. “To just create something out of nothing—it’s really the tenacity of the human spirit,” says Milan. “It really is the beauty of inclusion.” 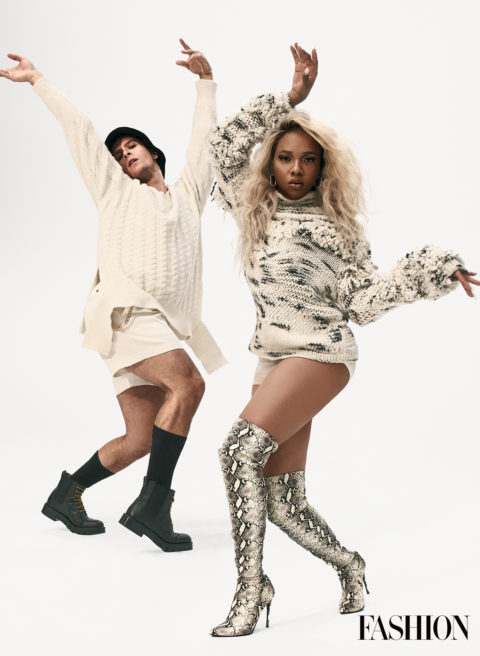 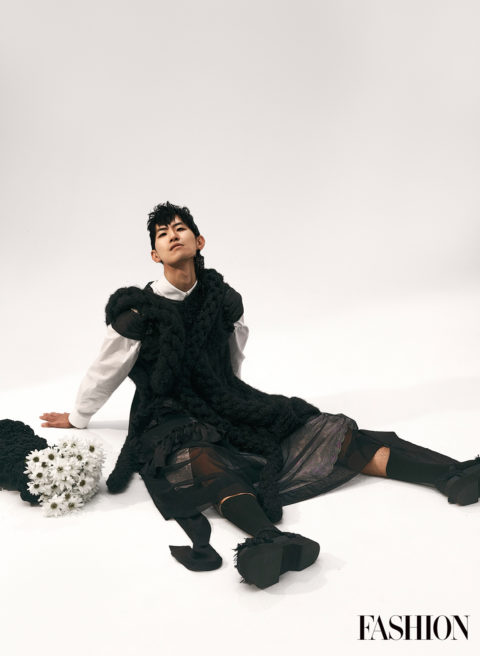 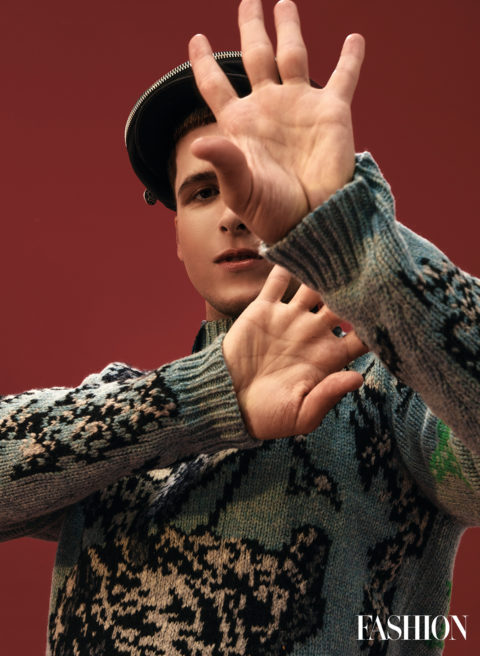 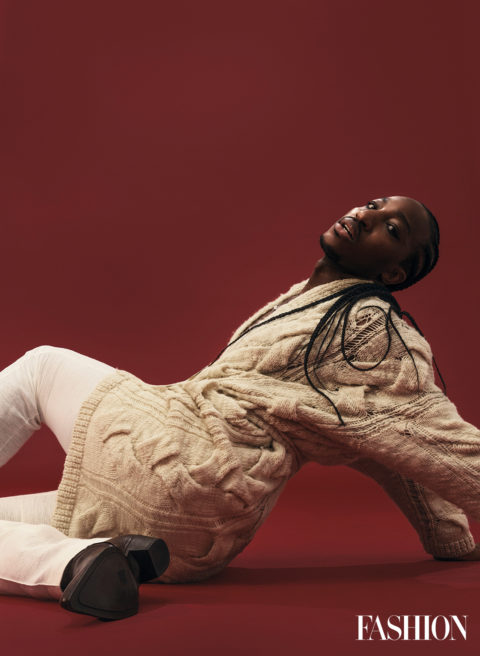 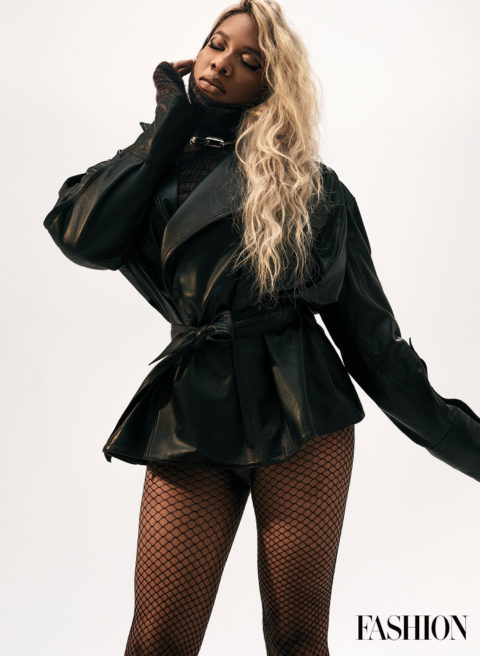 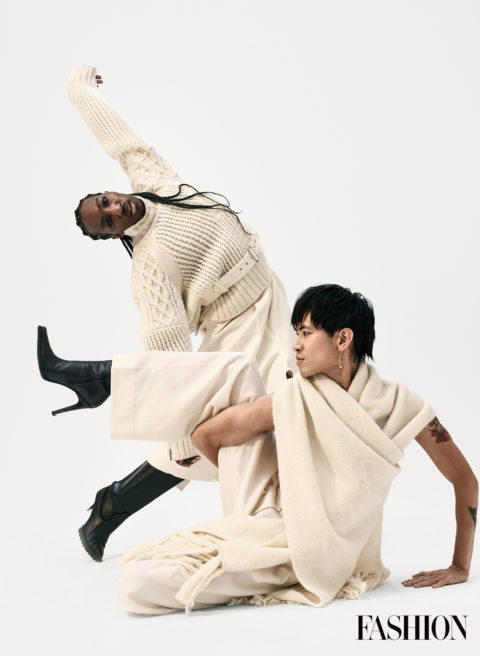 Photography by William Ukoh.
Get the best of FASHION in your inbox Thanks for signing up!
The latest fashion, beauty and celeb news delivered right to your email #FASHIONforall Now, check your inbox to complete your subscription
We won’t ever use your email address for anything else
Want even more FASHION? Follow us on social media.