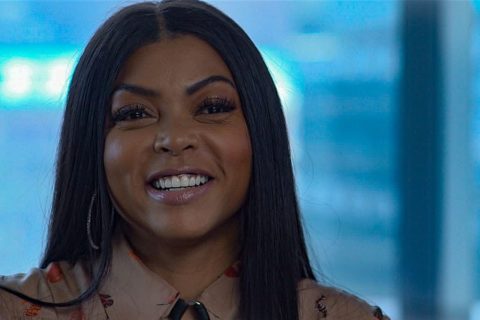 I was not expecting to tear up at the press screening of This Changes Everything but I did, and several times at that. Mostly because it brought into relief two key things: i) women have been thwarted time and again, over decades, in their fight for a more equitable space in Hollywood ii) our own complicity in the creation of a misogynist, patriarchal culture runs deep, thanks to the sexist and gender bias-ridden bedtime stories and fairytales we feed our kids right from the age when they first learn to, you know, think.

As a culture, we might be talking about Hollywood’s gender problem a lot more lately but this film helped me fully grasp the scope of the issue in ways I hadn’t before. In 97 minutes, it revealed how deep-rooted and insidious these systemic biases are, how long we’ve been trying to fight them, and just how much we have lost because of them. Executive produced by Geena Davis, whose non-profit The Geena Davis Institute on Gender in Media (GDIGM) has been charting the gender imbalance in film representation since 2004, the documentary brings together the experiences and voices of some of the leading women in television and Hollywood—from Meryl Streep and Taraji P Henson to Tracee Ellis Ross and Reese Witherspoon —as well as filmmakers and showrunners like Jill Soloway, Shonda Rhimes and Callie Khouri. It also brought to the fore so many women who have been fighting for change behind the scenes, like Susan Lyne, former president of ABC Entertainment; Keri Putnam, executive director of the Sundance Institute; and Sherry Lansing, former CEO of Paramount Pictures.

It’s easy, considering the outpouring of anger in the wake of Donald Trump’s election and the recent exposés on Harvey Weinstein and other powerful men in the industry, to think that this is the watershed moment we’ve been waiting for. The rise of women-helmed production companies is a positive sign, to be sure. But what this film helps drive home is the fact that there have been many “game-changing” moments like this before, such as Thelma & Louise’s resounding box office and critical success in 1991, and Kathryn Bigelow’s big moment in 2010 as the first female director to win a Best Director Oscar in nearly a hundred years (for The Hurt Locker). These were milestones that didn’t change as much as they should have. The documentary also shows that this is hardly a new fight we’re fighting; it’s just the latest in a long line of battles. In fact, back in the 1980s, a group of female directors known as The Original Six even took Hollywood studios to court for discrimination, only to have their lawsuit dismissed. How many of us know the names of those six women?

The film also does a great job of pointing out the many different ways women have been subjugated over the years—women with commercial and critical successes behind them, who should have gone on to become household names like their male peers. Take for example, Kimberly Peirce, who directed and co-wrote Boys Don’t Cry in 1999, for which Hilary Swank won an Oscar. Although widely celebrated for her film, Peirce’s next feature film wouldn’t hit screens until nine years later. For male directors with similar successes—and Oscar recognition—the opportunities would have come in fast and strong. In 2017, Patty Jenkins became the first woman to direct a $100 million dollar film. But think about that for a second—in 2003 she directed Monster, which won Charlize Theron her Oscar, and it took 14 years for her to make her next feature film, Wonder Woman. That is unconscionable.

As I mentioned earlier, the documentary also perfectly encapsulates our own role in creating this imbalanced culture. The fairytales we read our children, the animated films we queue on iPads for our nieces and nephews, they all feed into the problem—if we always show the princesses as waiting to be saved, and the princes as doing the saving, what other worldview can we expect our kids to grow up with? The film revisits scenes from the beloved classics we all grew up on—from Little Mermaid to Cinderella—and their now-glaring sexism made me shudder. This is why Davis’ non-profit was founded: specifically to address the problem of gender imbalance in kids’ movies. Davis reiterated her mission not just in the film but also at the Share Her Journey rally during TIFF last weekend. “Onscreen representation in media made for little kids is the easiest fix, but it’s also the most urgent,” she said. “Why are we training kids to have unconscious gender biases from the very beginning?”

There’s no way to move forward without accepting and understanding the things that got us here—the opportunities missed, the lessons learned, the strides made. And now, at a moment in time when the air seems electric with change, when the #MeToo and Time’s Up movements have given women the strength in numbers we didn’t seem to have before, this film is especially important. I just wish, when the film ended and those credits started rolling, that the first name to appear on the screen had been a woman’s. Ah well, baby steps.

Photography courtesy of TIFF
Get the best of FASHION in your inbox Thanks for signing up!
The latest fashion, beauty and celeb news delivered right to your email #FASHIONforall Now, check your inbox to complete your subscription
We won’t ever use your email address for anything else
Want even more FASHION? Follow us on social media.