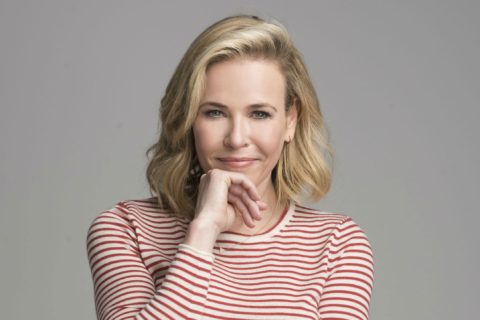 6 Things That Have Chelsea Handler Cracking Up

Keep scrolling to see what makes the comedian herself LOL.

Let’s get something right: Chelsea Handler is many things. She’s a best-selling author, talk show host, documentarian, stand-up and of course, she’s one hell of a funny woman. So, what does it take to make her laugh? Well, that’s what we wanted to find out. Ahead of her first Canadian cannabis-focused series tour with Civilized, which kicks off Sept. 20, we called up the 43-year-old comedian on a break in LA to get the insider info. Below, you’ll find 6 things that she *actually* finds hilarious. Unsurprisingly, the answers she gave us are in true Handler style, so just be prepared to laugh, cry and get informed.

“I posted a video of a baby elephant taking a bath on Instagram that I got from some Instagram page. I’ve watched about 20 times because it makes me laugh,” says Handler. “It also makes me want to molest an elephant,” she adds deadpan. And to that we say: “You do you.”

“I’m writing a book that’s funny, but I don’t have a title for it yet,” she tells us. “I was going to use Are You There God? It’s Me Chelsea, but then I realized I already wrote a book called Are You There Vodka? It’s Me Chelsea, and I’m wondering if people will be confused by two titles that similar,” says Handler. “What do you think?” she asks. “I have to come up with a title soon, so I better keep thinking.”

“It’s happening. It’s the way of the future,” says Handler, “What’s important for me, being an advocate for cannabis use, is to have women talking about it. This isn’t some male thing. It’s not a stoner thing. There are different ways to use cannabis now, whether you have anxiety or trouble sleeping. With micro-dosing and the labelling of everything, there’s something for everyone” she says. “I rediscovered cannabis in my 40s and now I’m just in love with it. It just takes the edge off. I’m much more relaxed, and I’m able to harness my outrage into something positive. That makes me laugh, you know?” she continues. “The great thing about cannabis is that I take an edible and an hour later I’m in a better mood. I forget why, and then I remember, ‘oh yeah, I’m a bit stoned.’”

“I’m doing a Netflix documentary on white privilege,” says Handler of her upcoming project. “It’s just about going around the country and going to people who don’t think it’s a white person’s problem, to people who don’t think white privilege exists, that we’re born with more opportunity,” she says. “It’s something I came to grips with in the last couple of years, realizing how fortunate my life has been simply because I was born in the right place, and I’m white and I’m presentable. I really want to highlight that because so many people don’t understand what white privilege means,” she continues. “It doesn’t just mean you went to Harvard or Yale. It means the colour of your skin is white, and you’re born with an advantage. Being a person of colour in the US, in Canada, in any part of the world, isn’t an advantage. It holds you back, and I really want to elucidate that for a lot of people,” explains Handler. “Obviously, I want to do everything with humour involved. It’s not a funny topic, but I think we can make it funny and silly, and I’ll hang myself out to dry, which is easy to do. I like to start with myself and then build out.”

“Succession is a pretty funny show,” says Handler. “Do you want me to quote lines?” Umm, we definitely wouldn’t mind.

Check out civilized.life/chelsea for more on Handler’s tour with Civilized, in association with the World Cannabis Congress.