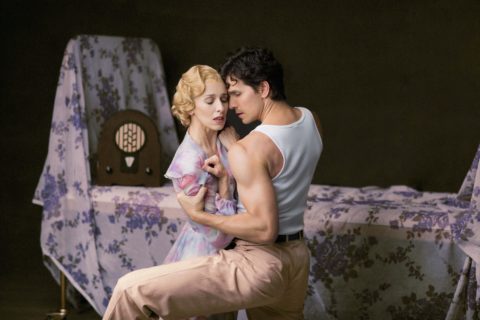 Making its premiere at The National Ballet of Canada on June 3, A Streetcar Named Desire, by John Neumeier, is set to wow audiences with its balletic interpretation of the Pulitzer-prize-winning play by Tennessee Williams, which was released in 1947.

But while the play follows the lead character, Blanche DuBois, through a journey of emotional turmoil that starts in her hometown of Laurel, Mississippi, to her sister’s home in New Orleans to an asylum post-breakdown, the ballet looks at her through a different lens. “The ballet starts where the play ends, with a very distinct two acts,” says Sonia Rodriguez, principal dancer at The National Ballet of Canada who will play the role of Blanche. “So the first act starts when she is in the asylum, and she basically starts getting flashbacks of her previous life in Belle Reve. You get a really good sense of why she’s in the state that she’s in and where she’s coming from.”

Of all the scenes, one in particular stands out to Rodriguez. “I love the opening scene, where she appears—the curtain comes up and there’s no music, there’s nothing, and she’s just sitting there, and you don’t know how long she’s been sitting there for. It’s a beautiful way to introduce this character, and she’s having these flashbacks.”

Some of the events that are alluded to: Blanche was married to a man, with whom she was deeply in love, who came out as homosexual and subsequently died by suicide; she was fired from her former job as a school teacher for an inappropriate relationship with a student; and she lost the family home because of a mortgage foreclosure, which had her staying in a flea-ridden hotel, where she gained an unsavoury reputation for her many sexual relationships.

In act two, we’re taken to New Orleans, where she arrives with one suitcase to stay with her sister, Stella Kowalski, and her sister’s husband, Stanley Kowalski. Despite her aristocratic upbringing and the luxurious life she was once accustomed to, Blanche is left with no option but to stay in their teeny apartment. Stanley is an abusive man not only to Stella but also to Blanche, which is another storyline unto itself that may be the final straw in driving Blanche to madness. Along the way, Blanche meets Stanley’s friend Mitch, with whom she has a brief relationship, but Stanley reveals her sordid past to Mitch, who then decides he could never marry Blanche.

Despite the drama, the classically based ballet is one of great subtlety. “All the technicalities are really hidden within the expression of the movement and the emotion that we’re trying to portray, so there’s nothing flashy about it,” says Rodriguez. “Everything comes from a real sense of emotional intent, so there’s a meaning to every movement, every step that you take, it comes from a place within yourself before you do it. So no step is empty in anyway.”

Another important element of storytelling is the wardrobe, also designed by Neumeier, which plays its own role. “For Blanche, her appearance and her wardrobe is so crucial to who she is as a character,” says Rodriguez. “I think she’s always so preoccupied with what she looks like and what everybody else around her looks like.” Her five outfits are all she brings to her new life in New Orleans, transported in a single suitcase.

“She’s dressed all in white in the very beginning, and there’s something very fragile about that with a sense of innocence. She’s sort of dressed like she’s going to a tea party,” says Rodriguez, who’s been with The National Ballet of Canada for 26 years. “Everything about her is flowy and soft, which is a huge contrast when she arrives to New Orleans, where everything is about colour and passion and there’s jazz music—everything’s bright. It’s obvious that she doesn’t fit in the environment she’s in, not only physically but also mentally.”

Perhaps the following onstage moment, which Rodriguez recalls, says most about Blanche’s eventual demise: “That first scene that I was mentioning to you before, when she’s sitting there looking back, the flashback she’s having is from the Flamingo hotel, but then as she tries to push that aside her suitcase opens and everything falls in front of her. And it gives a sense of panic, and you see this is her entire life in front of her. This is all she’s got and all she’s holding onto.”

A Streetcar Named Desire runs from June 3 to June 10 at the Four Seasons Centre for the Performing Arts.

See below for a few pieces from Blanche’s and Stella’s wardrobe: 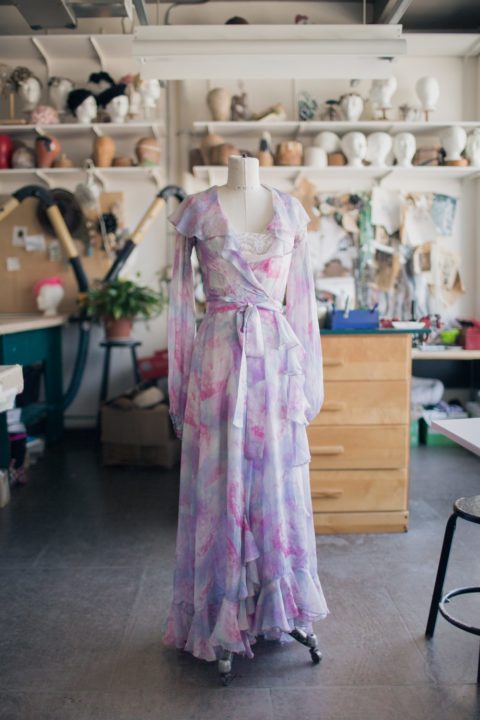 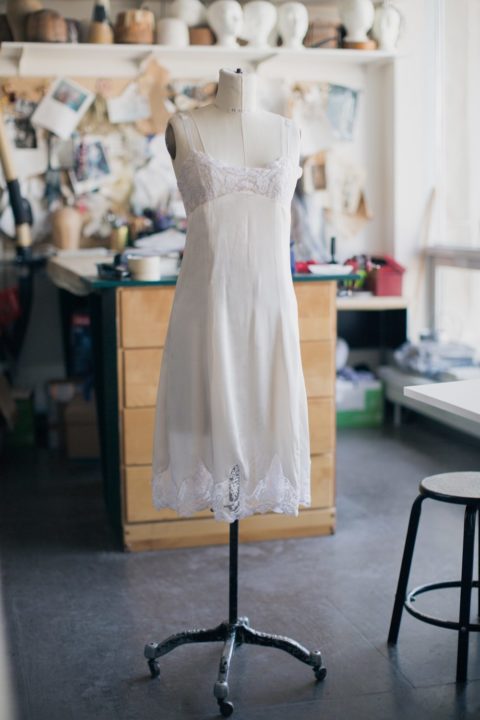 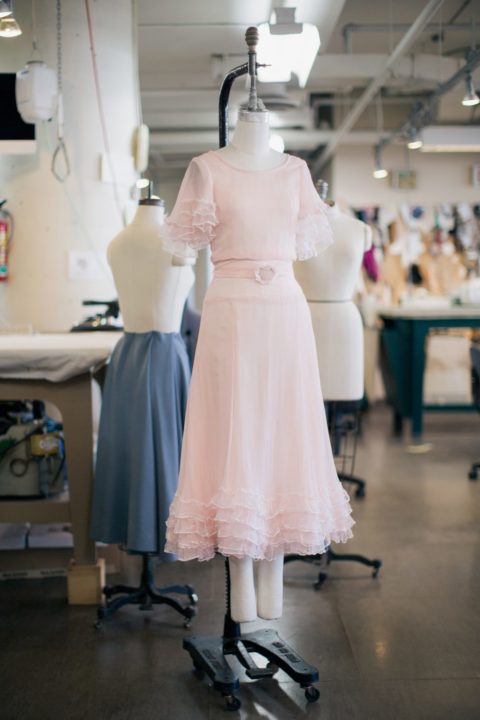 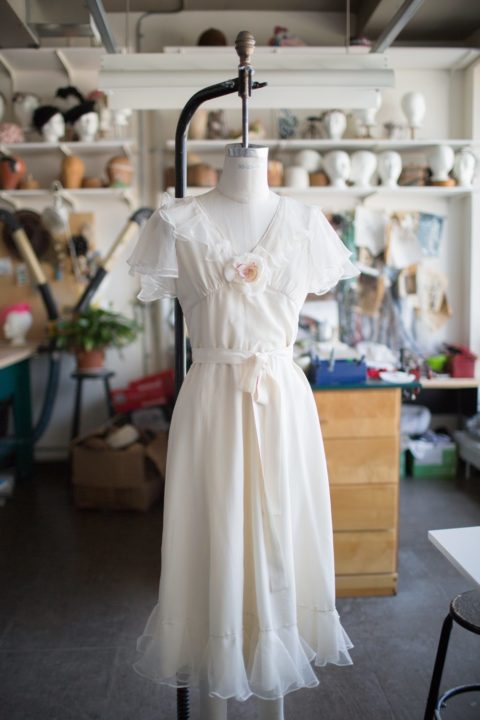 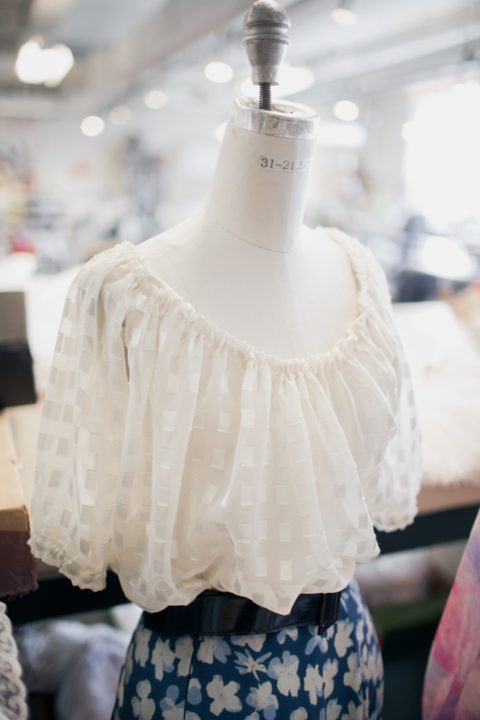 Photo by Karolina Kuras
Get the best of FASHION in your inbox Thanks for signing up!
The latest fashion, beauty and celeb news delivered right to your email #FASHIONforall Now, check your inbox to complete your subscription
We won’t ever use your email address for anything else
Want even more FASHION? Follow us on social media.