Although the next installment of The Hunger Games doesn’t hit theatres until November, seven new haunting posters have been revealed as teasers for the upcoming Mockingjay – Part 1 have been released and well, don’t they look just like Benetton ads? Gripping, stylish and slightly disturbing, these images highlight the unfamiliar faces that the posters claim are the real heroes of each district. With no trace of Peeta (Josh Hutcherson) or Katniss (Jennifer Lawrence), it’s an IRL mimic of the film’s dystopian nature.

“Today we celebrate the proud men and women who live and breathe their districts. Today we are one Panem,” says President Snow on The Capitol’s faux website. We can’t help but be taken with the new heroes, which probably has a lot to do with how they are cleverly styled to complement their district. Take Naida Dolan of The Fishing District’s runway-ready fish net gown, or Felix Stam, representing the Livestock District in a mammoth-like dark fur jacket, for example. Or the young girl from District 12 covered in coal soot with a mining helmet beside her and mask in her lap. Stark.

Truly intriguing, this marketing campaign has almost made us forget about the cliff hanger at the end of The Hunger Games: Catching Fire. But even with Katniss and Peeta aside, these posters have us longing for November. 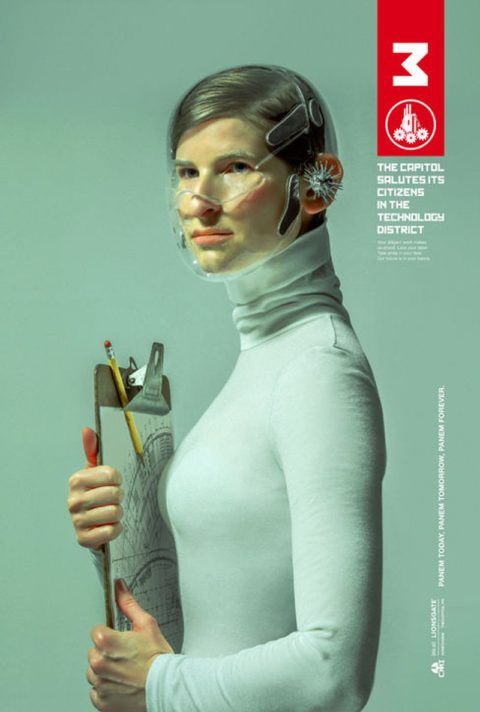 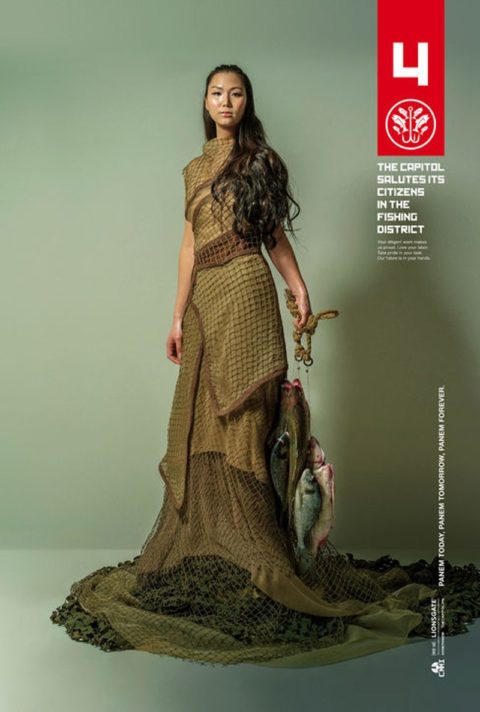 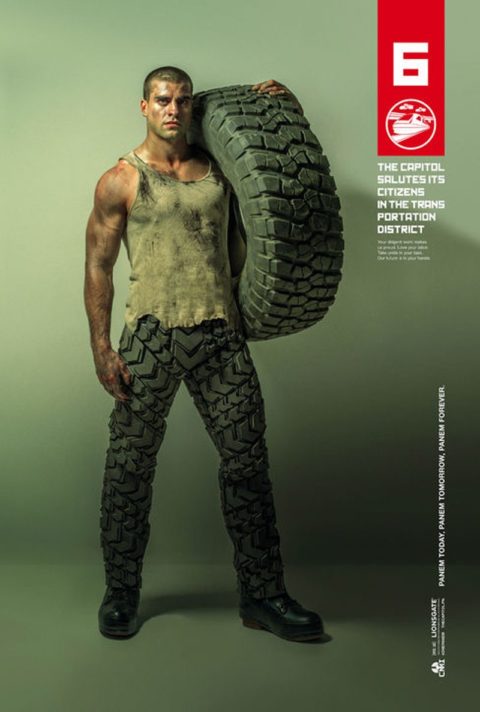 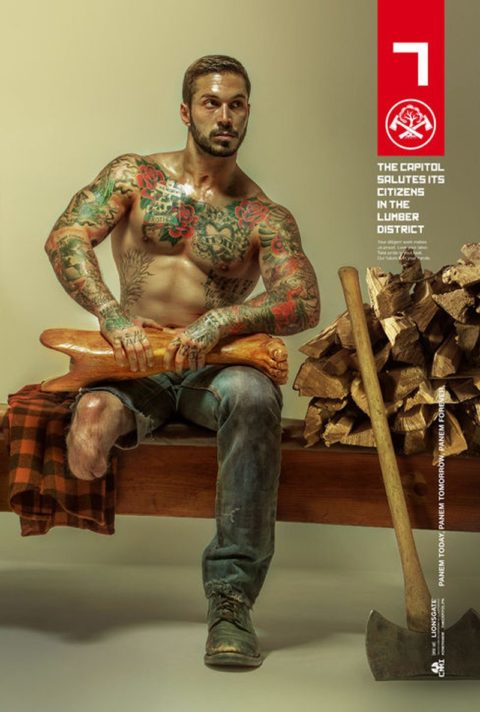 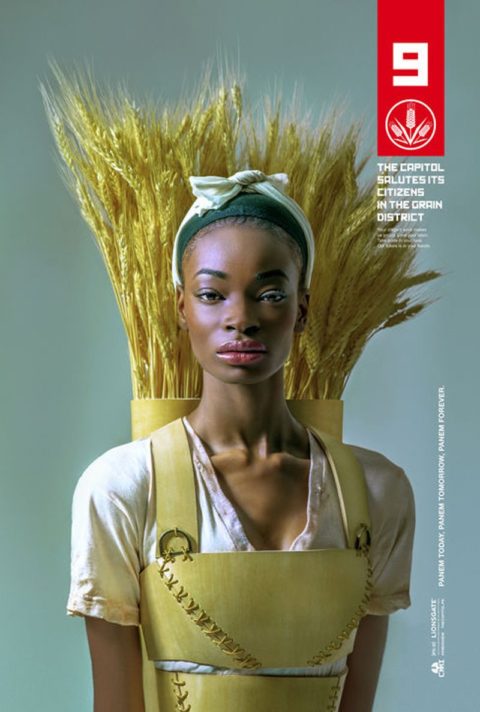 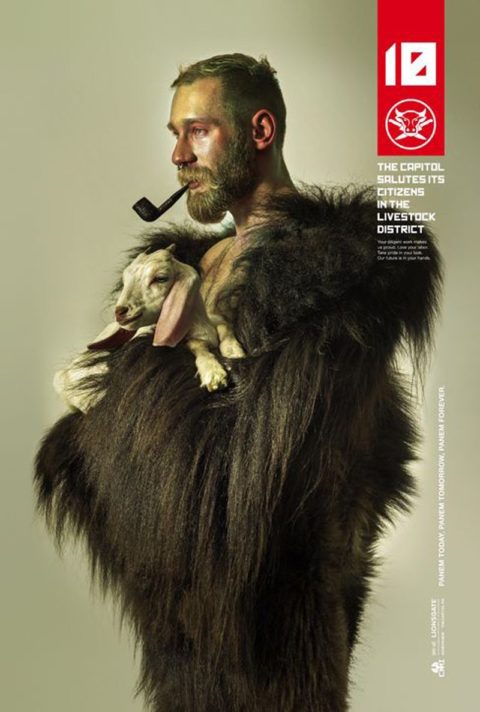 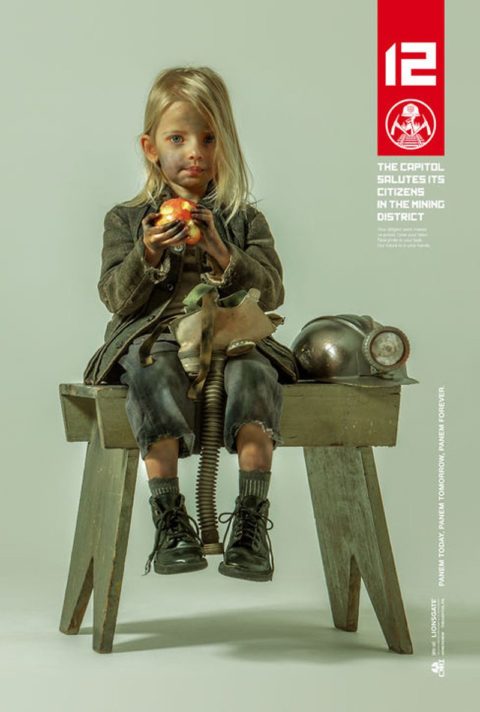 “After shorting out, then quickly repairing District 3’s mainframe at the age of nine, Fibre Bissette, 32, has proven her fearlessness in the face of any challenge.” – The Capitol

“The proud daughter of a deep-sea fisherman and a sixth-generation pearl diver, Naida Dolan, 22, channels her legacy as she proudly holds the day’s catch.” – The Capitol

“Thought to have gasoline pumping through his veins, Malcolm Kastel, 31, is devoted to District 6’s mission of keeping Panem moving.” – The Capitol

“Elias Haan, 26, has kept the axe handed down to him by his great-grandfather as a reminder of the hardships he and his great District have overcome.” – The Capitol

“After a day in the fields, Triti Lancaster, 17, graciously offers a bundle of wheat to her fellow citizens of Panem.” – The Capitol

“Raised amongst the herd, Felix Stam, 35, possesses a quiet understanding of the ways of animals and the circle of life that unites us all.” – The Capitol

“Lily Elsington, 6, captures the spirit of the next generation of District citizens: ready, willing, and eager to fuel the Panem of tomorrow.” – The Capitol