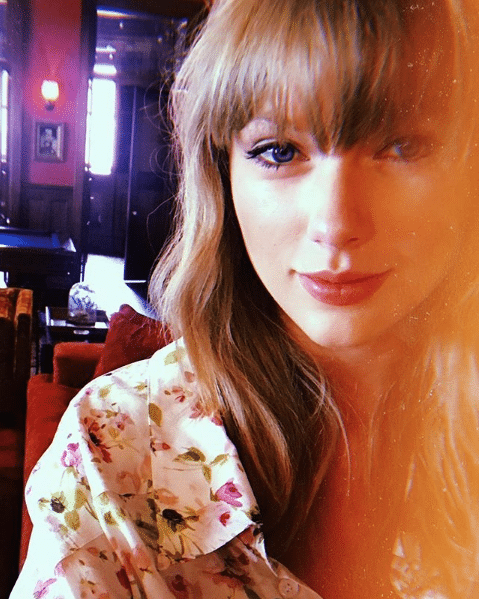 Here’s All the News You Missed Over Thanksgiving Weekend

After three days of family time, overeating and binge-watching TV it’s time to return to the real world. Here’s a roundup of all the headlines you might have missed while you were on laying on the couch in a daze after your third slice of pumpkin pie.

Taylor Swift got political
Taylor Swift has long been notorious for taking a strongly apolitical stance even in the face of things like Donald Trump’s election, Charlottesville, family separation at the border and the Kavanaugh hearings. However, in a rare political post sent out to her 112 million followers on Instagram, she voiced her support for two Democratic Senate and House candidates in her home state of Tennessee. “In the past I’ve been reluctant to publicly voice my political opinions,” she wrote. “I feel very differently about that now. I always have and always will cast my vote based on which candidate will protect and fight for the human rights I believe we all deserve in this country.” She went on to disavow the Republican candidate for Senate, Marsha Blackburn, writing, “Her voting record in Congress appalls and terrifies me. She voted against equal pay for women. She voted against the Reauthorization of the Violence Against Women Act… She believes businesses have a right to refuse service to gay couples. She also believes they should not have the right to marry. These are not MY Tennessee values.” Her lengthy post drew praise from liberals and Democrats, and predictably angered not just her Republican and conservative fanbase. President Trump, who endorsed Blackburn earlier this year, said in response to Swift’s post that he “like[s] Taylor’s music about 25% less now.” (Always taking the high road, this guy.)

Swift ended her post by calling on fans to visit Vote.org, which, as Buzzfeed reports, resulted in nearly 65,000 people registering to vote in just the 24-hour period following the time the post went live.

I’m writing this post about the upcoming midterm elections on November 6th, in which I’ll be voting in the state of Tennessee. In the past I’ve been reluctant to publicly voice my political opinions, but due to several events in my life and in the world in the past two years, I feel very differently about that now. I always have and always will cast my vote based on which candidate will protect and fight for the human rights I believe we all deserve in this country. I believe in the fight for LGBTQ rights, and that any form of discrimination based on sexual orientation or gender is WRONG. I believe that the systemic racism we still see in this country towards people of color is terrifying, sickening and prevalent. I cannot vote for someone who will not be willing to fight for dignity for ALL Americans, no matter their skin color, gender or who they love. Running for Senate in the state of Tennessee is a woman named Marsha Blackburn. As much as I have in the past and would like to continue voting for women in office, I cannot support Marsha Blackburn. Her voting record in Congress appalls and terrifies me. She voted against equal pay for women. She voted against the Reauthorization of the Violence Against Women Act, which attempts to protect women from domestic violence, stalking, and date rape. She believes businesses have a right to refuse service to gay couples. She also believes they should not have the right to marry. These are not MY Tennessee values. I will be voting for Phil Bredesen for Senate and Jim Cooper for House of Representatives. Please, please educate yourself on the candidates running in your state and vote based on who most closely represents your values. For a lot of us, we may never find a candidate or party with whom we agree 100% on every issue, but we have to vote anyway. So many intelligent, thoughtful, self-possessed people have turned 18 in the past two years and now have the right and privilege to make their vote count. But first you need to register, which is quick and easy to do. October 9th is the LAST DAY to register to vote in the state of TN. Go to vote.org and you can find all the info. Happy Voting! ???

Banksy pulled a very Banksy stunt
At a Sotheby’s auction in London over the weekend, anonymous street artist Banksy’s famous ‘Girl with Balloon’ artwork sold for $1.4 million—and self-destructed just moments later. “Just as the gavel hammered down, and auction house staffers burst into applause at the sale – conveniently, the final lot of the evening – the painting appeared to drop from its faux-gilt frame, shredding itself into ribbons, and triggering a security alarm,” reports Frieze.com. “It appears we just got Banksy’d,” Alex Branczyk, Sotheby’s head of contemporary art in Europe, tells The Art Newspaper.

In an Instagram post that went up the day after the auction, Banksy (sort of) explained: “A few years ago, I secretly built a shredder into a painting in case it was ever put up for auction…” A video shows him inserting the machinery into the frame, and then cuts to the flabbergasted faces of the people at the auction as the artwork begins to self-destruct. Banksy captions the post with this Picasso quote— “The urge to destroy is also a creative urge” —basically closing the chapter on what is one of the Banksy-iest stunts ever pulled.

. "The urge to destroy is also a creative urge" – Picasso

Melania Trump’s outfit in Egypt sparked an avalanche of memes
Towards the end of the First Lady’s first solo trip to Africa, during which she visited Kenya, Malawi, Ghana and Egypt, her outfit choices took over news headlines. During an impromptu press conference, Trump said—likely in response to a photograph of her in a colonial-era hat that was already circulating on the internet— “I wish people would focus on what I do, not what I wear.”

“Within minutes, her remark was all over social media, along with a picture of her wearing a sand-coloured Ralph Lauren jacket, a white Chanel shirt with a black tie, and a cream fedora,” writes Vanessa Friedman of the New York Times. “She looked like a character straight from Out of Africa crossed with Belloq, the nefarious Frenchman from Raiders of the Lost Ark.”

The comparisons didn’t stop there. Twitter was soon flooded with memes comparing FLOTUS to Michael Jackson in his iconic “Smooth Criminal” video and also to Carmen Sandiego.

Melania Trump: “I wish people would focus on what I do, not what I wear.”

Kanye West deleted his social media accounts
The rapper deleted both his Instagram and Twitter accounts on Friday for mental health reasons, according to a source. “Kanye got to the point where he realized his rants were becoming unhealthy. This is why he deleted his account,” the source tells PEOPLE. “When he gets into these Twitter rants, it’s very difficult for him to stop. It’s like an obsession and it actually affects his life. He knows it’s not healthy, so he wants to take things down a notch.”

West might have dialled things down a notch by distancing himself from social media, but his actions IRL don’t seem to be telling the same story. As if things couldn’t get more Twilight Zone-y, West is scheduled to meet with Trump for lunch at the White House this week while Taylor Swift is out there endorsing Democratic candidates in a consequential midterm race.

So… Kanye is MAGA and Taylor Swift is endorsing Democrats in TN. This screening of Interstellar 2 is fascinating. Buy a lottery ticket. Anything is possible in this timeline.

Photography via instagram.com/taylorswift
Get the best of FASHION in your inbox Thanks for signing up!
The latest fashion, beauty and celeb news delivered right to your email #FASHIONforall Now, check your inbox to complete your subscription
We won’t ever use your email address for anything else
Want even more FASHION? Follow us on social media.