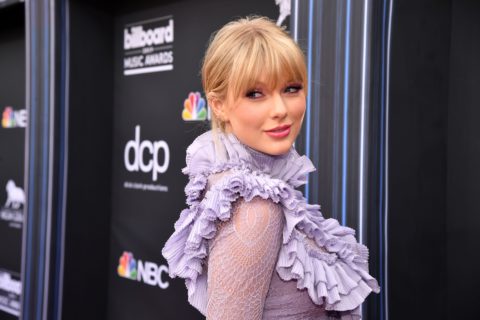 The star opens up in her most candid interview ever.

Taylor Swift and Kanye West’s relationship is one that has been well documented. It began in 2009 at the MTV VMAs when Taylor won the award for best album and Kanye rushed the stage to proclaim that Beyoncé had “the best album of all time”. It was (and still is) uncomfortable viewing – and its impact lingers even today.

In a new interview with Rolling Stone, Taylor said of that moment, “All I ever wanted my whole career after that thing happened in 2009 was for him to respect me. When someone doesn’t respect you so loudly and says you literally don’t deserve to be here – I just so badly wanted that respect from him, and I hate that about myself, that I was like, ‘This guy who’s antagonizing me, I just want his approval.’ But that’s where I was. And so we’d go to dinner and stuff. And I was so happy because he would say really nice things about my music. It just felt like I was healing some childhood rejection or something from when I was 19.”

She then went on to discuss how in 2015, West called her to ask her to present him with the Vanguard Award. “He’s like, ‘I really, really would like for you to present this Vanguard Award to me, this would mean so much to me,’ and went into all the reasons why it means so much, because he can be so sweet,” she said, before recalling how on the night, after she introduced him, West took the stage saying, “You know how many times they announced Taylor was going to give me the award ’cause it got them more ratings?” Swift said the move left her blindsided once again. “I’m standing in the audience with my arm around his wife and this chill ran through my body. I realized he is so two-faced. That he wants to be nice to me behind the scenes, but then he wants to look cool, get up in front of everyone and talk shit. And I was so upset.”

West then sent her flowers as an apology and Taylor said she didn’t want any bad blood any longer, so decided, “I’m just going to move past this.” And then Famous happened in 2016.

In the song, West raps, “I made that bitch famous”, causing Taylor to call him out publicly, only for Kim Kardashian West to release audio recordings of the phone call which seemingly proved Taylor gave her OK for the track to go ahead. She later addressed the controversy on Reputation, telling the magazine, “I wanted to play on the idea of a phone call – because that’s how all of this started, a stupid phone call I shouldn’t have picked up.”

The song, she says, was the ultimate tipping point. “When I heard the song, I was like, ‘I’m done with this. If you want to be on bad terms, let’s be on bad terms, but just be real about it. It’s the same thing. Getting close to you, earning your trust, detonating you. I really don’t want to talk about it anymore because I get worked up and I don’t want to just talk about negative shit all day, but it’s the same thing.”

Swift says the past three years have made her more cautious. “I used to be like a golden retriever, just walking up to everybody, like, wagging my tail. ‘Sure, yeah, of course!’ What do you want to know? What do you need?’ Now, I guess, I have to be a little bit more like a fox.”

Photo by Jeff Kravitz/FilmMagic for dcp
Get the best of FASHION in your inbox Thanks for signing up!
The latest fashion, beauty and celeb news delivered right to your email #FASHIONforall Now, check your inbox to complete your subscription
We won’t ever use your email address for anything else
Want even more FASHION? Follow us on social media.