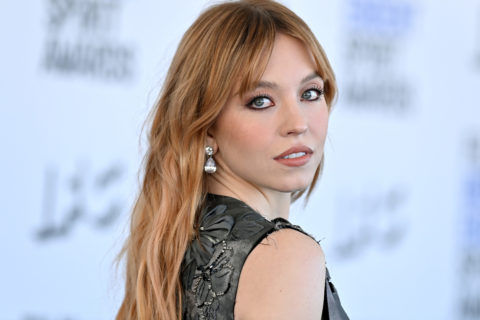 The “Euphoria” actor and her new strawberry strands are off the market.

After being photographed in Los Angeles earlier this week with a rock on her ring finger, People confirmed that Euphoria actor Sydney Sweeney and Jonathan Davino (her beau of almost four years) are officially engaged.

The notoriously private FASHION cover star, 24, has been linked to the Chicago restaurateur, 37, since October 2018. But in a recent interview with Cosmopolitan UK, Sweeney shared some honest (albeit non-specific) tidbits about her romantic life. “I don’t date people in the spotlight. I don’t date actors, musicians or anyone in entertainment because I can just be normal Syd that way and it’s easiest,” she divulged. “I look for a best friend. I need to be with someone who I can hang out with 24/7 and never get sick of, and we laugh every single day.”

And here’s to hoping she found just that! But the affianced actor’s diamond ring wasn’t all that caught fans’ attention. As the rumour mill churned around her now-confirmed engagement, Sweeney shared her newly red-hued hair to Instagram in a shot from the upcoming film National Anthem.

The actor coloured her signature blonde strands copper for the role of Penny Jo Poplin in Tony Tost’s directorial debut about the hunt for a rare Lakota Native American Ghost Shirt. And while the change is sure to get her into character, Sweeney’s dye job begs the question: Are we on the cusp of a red-head renaissance?

Just this past week, a ginger-haired Kendall Jenner was snapped on the streets of Milan and Paris between her runway gigs at Prada and Off-White. Naturally, the internet took notice.

Of course, the model is known to make some drastic changes to her hair in the name of fashion (including dying her hair blonde for London Fashion Week in 2019). But as statement-making styles step to the fore in 2022, Sweeney and Jenner may just be on to something. And what pairs better with a diamond than the colour of love?