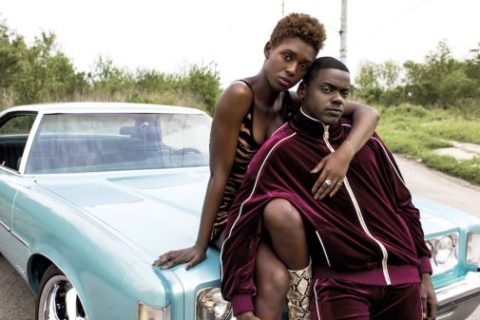 Including The Baby-Sitters Club, Canada's Drag Race, and Season 2 of Hanna.

We’ve got a lot of time on our hands right now. Here are all the movies and television shows we can’t wait to watch on streaming services in July 2020.

The Baby-Sitters Club
Based on the best-selling books about a group of middle-schoolers from different backgrounds who start their own babysitting business, this series champions friendship, female empowerment and entrepreneurship, all while delivering a heady hit of nostalgia. Available July 3

Down to Earth with Zac Efron
In this travel show, actor Zac Efron journeys around the world with wellness expert Darin Olien in search of healthy, sustainable ways to live. “We need to start rethinking how we consume everything, from our food to our power,” says Efron in the series trailer. “Change has to start somewhere. Maybe it’s time we all change.” Available July 10

Canada’s Drag Race
12 of the fiercest drag queens in the country are competing to win the inaugural season of Canada’s Drag Race, with each episode testing the queens’ talents by challenging them to master singing, dancing, acting, impersonation, costume making, and improvisation. Available July 2

Expecting Amy
This three-part documentary series offers an intimate view into comedian Amy Schumer’s life on tour and the process of creating a stand-up special during her difficult pregnancy. Available July 9

Harriet
This Oscar-nominated drama starring Cynthia Erivo tells the extraordinary tale of Harriet Tubman’s escape from slavery and transformation into one of America’s greatest heroes, who freed hundreds of slaves and changed the course of history. Available July 10

Portrait of a Lady on Fire
Winner of the Queer Palm at the 2019 Cannes Film Festival, this French film explores the relationship between two women on an isolated island in Brittany in the 18th century. One, a young painter, is commissioned to do a portrait of the other, without her knowledge. The film follows the two as they get closer in the brief time they spend together on the island. Available July 24

Hanna: Season 2
The second season of this action drama sees Hanna, the teenager at the heart of the series, risking her freedom to rescue a friend from the clutches of the same top-secret assassin program that she discovered—and escaped—in the previous season. Esme Creed-Miles and Mireille Enos return for season 2, along with guest star Dermot Mulroney. Available July 3

Queen and Slim
Directed by Melina Matsoukas and written by Lena Waithe, this film follows a young African-American couple who go on the run after killing a police officer who pulled them over as they drove home after their first date. The film stars Daniel Kaluuya and Jodie Turner-Smith. Available July 9

Little Women
In Greta Gerwig’s take on the beloved classic, Jo March reflects back and forth on her life as she tells the tale of the four March sisters, each determined to live life on her own terms. Saoirse Ronan, Emma Watson, Florence Pugh, Eliza Scanlen, Timothee Chalamet and Laura Dern star in the Oscar-nominated film. Available July 30