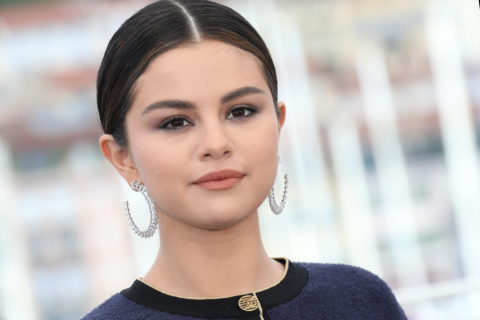 We’ve got a lot of time on our hands right now. Here are all the movies and television shows we can’t wait to watch on streaming services in August 2020.

Selena + Chef
Like many of us, Selena Gomez has been forced to spend a lot more time in the kitchen lately. In an effort to improve her cooking skills—and to provide some culinary inspiration to everyone else quarantining at home—the singer has launched a 10-episode cooking series. Each episode sees Gomez reaching out to world-renowned chefs like Angelo Sosa, Jon & Vinny, Roy Choi and Tanya Holland for tips, tricks and guidance, and will highlight various food-based charities. “Having some of the best chefs open up their kitchens to me was a humbling and fun experience. I definitely discovered I have a lot more to learn. I’m also really happy that we were able to highlight and raise money for some incredible charitable organizations,” said Gomez. Available August 13

An American Pickle
Seth Rogen stars in this comedy as Herschel Greenbaum, a struggling labourer who immigrates to America in 1920 with his wife, and begins work at a pickle factory. A workplace accident causes him to fall into a giant vat of brine, perfectly preserving him for 100 years. He awakens in modern-day Brooklyn, where he meets his great-grandson Ben. Succession’s Sarah Snook co-stars with Rogen, who plays both Herschel and Ben. Available August 6

Birds of Prey (and the Fantabulous Emancipation of One Harley Quinn)
Following her breakup with the Joker, Harley Quinn teams up with an unlikely group of women to take down one of Gotham’s most sinister villains and his right-hand man. Margot Robbie reprises her role as Quinn, with co-stars Mary Elizabeth Winstead, Jurnee Smollett-Bell, Rosie Perez, Ewan McGregor and Chris Messina.

Run This Town
This 2019 film details the turbulent final year of Rob Ford’s tenure as the mayor of Toronto, after a video surfaces of him smoking crack cocaine. Deviating from the true story in which reporter Robyn Doolittle uncovered the video, Ben Platt plays a fictional character who accidentally discovers the scandalous video and attempts to pry information from Ford’s aides, played by Nina Dobrev and Mena Massoud. Available August 7

Chemical Hearts
In this film based on a novel, Lili Reinhart stars as a high school transfer student with a secret past, who finds a new passion when she begins to work on the school’s newspaper. Austin Abrams co-stars as her love interest. Available August 21

(Un)Well
This docuseries takes a deep dive into the lucrative wellness industry, worth trillions of dollars globally. From fasting to ayahuasca to bee venom therapy, the documentary explores the lure of countless wellness trends promising health and healing, and whether they really live up to the promises. Available August 12

Dirty John: The Betty Broderick Story
In this chilling retelling of real-life events, Amanda Peet plays Betty Broderick, who was sentenced to 32 years in prison for killing her ex-husband (played by Christian Slater) and his second wife. Available August 14

Photo by Tony Barson/FilmMagic
Get the best of FASHION in your inbox Thanks for signing up!
The latest fashion, beauty and celeb news delivered right to your email #FASHIONforall Now, check your inbox to complete your subscription
We won’t ever use your email address for anything else
Want even more FASHION? Follow us on social media.