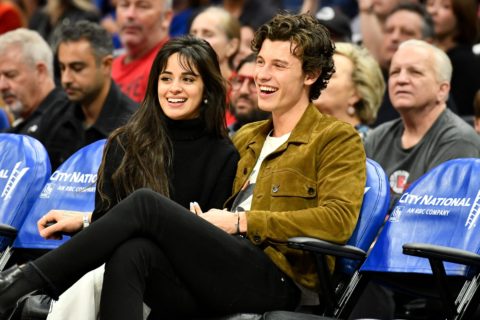 A Complete History of Shawn Mendes and Camila Cabello’s Relationship

Wait… you can leave the friend zone?

Publicity stunt or actual true love? The hottest couple of 2019, Shawn Mendes and Camila Cabello, can’t seem to get away from this pressing question. The two lovebirds have been close friends since their rise to fame back in 2014 but now, they’re clearly something more. Here’s the official breakdown of the pair’s sweet five-year (and counting) relationship.

The two started off as friends during her then-boyfriend Austin Mahone’s world tour, where they performed as opening acts. Cabello was still a part of the all-girl group Fifth Harmony, and Mendes was working on his first album, Handwritten.

During an interview where Mendes was asked who he would kiss, diss or marry, he dished, “I would probably wife Camila”, and the Shawmila possibility was born.

November 2015: I Know What You Did Last Summer collab

The two collaborated on a hit single that grabbed the attention of pretty much everyone and quickly rose to the Canadian Hot 100 charts, winning the iHeartRadio Much Music Video Award for Fan Fave Video and Best Pop Video.

After the release of their first collab, the pair took to The Late Night Show with James Corden, where he asked all the questions we’ve been dying to get answers to. “There’s no way you guys haven’t made out,” Corden pushed, hoping to uncover a hidden love affair, but to his dismay (and ours) Mendes and Cabello both stated it was simply a platonic relationship. “Every time I try to make a move she just swerves me off,” Mendes shared. Even Cabello chimed in saying, “He friend-zoned me, he calls me kid!”

March 2017: A cover of Ed Sheeran’s Kiss Me is uploaded and everyone freaks out

A black and white video of the Canadian and Cuban-American stars singing together hit Youtube at full force, reaching almost 3.5 million views in no time. Not too shabby for a brisk 24-second clip.

Even though the two continued to deny any BF/GF ties to each other, they shared a lot of love and support through social media posts and shout outs.

Cuddled up side by side for a photo op, the two say they’re just best mates supporting each other.

so proud of this amazing human !!!!!! seems like yesterday we were just kids singing ed sheeran songs in the dressing room, now we’re kids trying not to throw up cause we’re at the Grammys!!!! i love you forever ❤️

After posting two photos where the “friends” were seen singing and braiding hair (yes Shawn can do it all!), fans found new hope in the notion that the dynamic duo were finally coming out as a pair. But, it was not to be as they denied any relationship progression. Ugh, come on guys!

Cabello took to Twitter to share her support for Mendes, saying, “My mind was blown listening to this album, I’m in awe of you! I love you, I’m so so so so happy these incredible songs and stories are out!” Now, it’s not the first time she dropped the L-word for Mendes, but at least this time she didn’t add ‘friend’ to the sentence.

June 2019: The epic drop of music video Señorita had us all in heart-eyes mode

To say the video was intimate would be the understatement of the year. The duo were totally inseparable and unable to keep their hands off each other, all while making it look effortlessly sexy. The chemistry between the two had everyone double checking Cabello’s relationship status, which at the time was linked to British native Matthew Hussey. Although we’re not quite sure what the final straw was between Cabello and Hussey, it wasn’t too long after the video dropped that they called it quits.

July 2019: Fans come for the pair, claiming their new relationship is a fraud

Strolling hand in hand at Mendes’ LA pad, sneaking a kiss between bites at a restaurant and more mysterious lovey tweets by Cabello had their fan base pondering all kinds of theories. Many took to Twitter to come for the newly founded couple, saying that the timing of the relationship was all a PR stunt to promote their new single. The couple was also seen intertwined while floating around in the warm Miami waters while the Toronto musician was on his world tour. The Señorita star defended herself and her new beau by deleting any negative comments or tweets, which seemed to only confuse people even more.

During his birthday bash in New York City, Mendes and Cabello seemed to be in their own little world, unable to stay away from each other. Mendes made partygoers swoon as he grabbed her by the hand and went in for a kiss—ah, young love. She gave him another IG shoutout saying “Happy Birthday to this magic human, I love you!”, posting an old Polaroid along with it. Though the two are Instagram (semi)official, they still have yet to confirm their relationship publicly.

Happy birthday to this magic human, I love you!!!!❤️❤️❤️❤️

After months of intense speculation, Shawn Mendes confirmed to his fans that he and Cabello began “officially” dating in July, a month after they dropped their steamy single Señorita. “We haven’t been dating for that long,” Mendes told fans at a concert in Hindmarsh, Australia in footage that was later shared on Twitter. “We have been dating since July 4th officially.”

November 2019: The two engage in major PDA at a basketball game

At Los Angeles’s Staples Centre, where the LA Clippers were playing the Toronto Raptors, the two engaged in some very public displays of affection. Kissing, holding hands, gazing into each other’s eyes—the two seemed loved up and happy, and totally oblivious to the people around them.