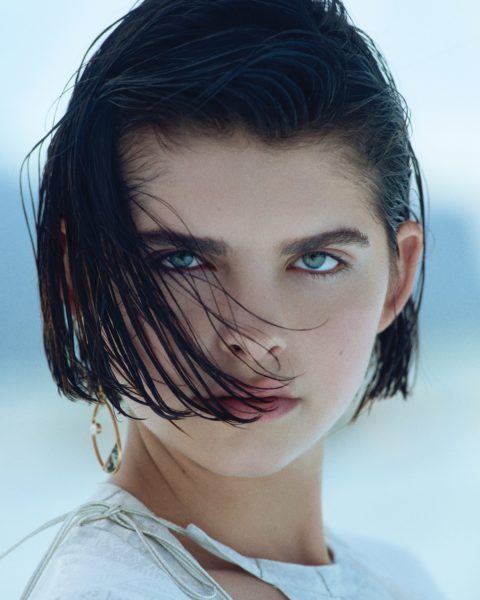 Meet Shaughnessy Brown, the Model Hand-Picked for Gucci by Alessandro Michele and the Cover Star of Our Summer Issue

While we were planning our Hong Kong and Phuket trip—basically a dream combo destination—we wanted to cast a model who could bring her personality and perspective to the project. We chose Shaughnessy Brown to star in this fashion/travel story because she’s an excellent model and because she’s feisty, adventurous and curious about the world.

Self-sufficiency isn’t just a fanciful #lifegoal for Shaughnessy. It defines and drives this 23-year-old model. A hardscrabble childhood in Orlando, Fla., likely prepared her—or at least gave her the courage—to strike out on her own at 17. She moved to Paris and later Los Angeles to study acting but eventually migrated to New York to model. She has appeared in Love, Italian Vogue, V and i-D, but this is her debut with us.

Two years ago Shaughnessy transformed from the “girl next door” with long hair to “the girl with the Dragon Tattoo” sporting a black ‘70s shag c/o noted hairstylist Jimmy Paul. The evolution reflected her desire to be more true to Marilyn Manson-loving self. “I think it is about becoming the person that you are,” she told Vogue. “You can be from a beach town in Florida or somewhere really proper in Paris, but once you step away from that and out of your comfort zone, you become the person you are meant to be.”

While modelling is her focus now, Shaughnessy hasn’t given up on the idea of being an actor; in fact, she tapped into that mindset for this project. “For this shoot, my character is playful, free and open because she has travelled the world,” she says. “She’s exotic, but there’s a bit of an edge.”

In real life, Shaughnessy credits travelling with teaching her how to cope with setbacks. “You can either push through or run away,” she says. “I’ve always had to push through.” She’s still figuring out her purpose in life but says her goal is to help others. “But not in a conventional way,” she adds. “I want to inspire people to be authentic, not just part of a club.” Let the adventure begin…

Find out more about our travels and enter for a chance to win a trip for two to Hong Kong and Thailand valued at $7,500 CAD here.

Photography by Arkan Zakharov. Creative direction by Brittany Eccles. Styling by Eliza Grossman. Hair and makeup, Susana Hong for P1M.ca/Amika. Fashion assistant, Nelly Akbari for P1M.ca. Photo assistant, Will Jivcoff. Model, Shaughnessy Brown at Dulcedo Management. Dress, $7,280, Etro. Earring, $60 for a pair, Ettika.
Get the best of FASHION in your inbox Thanks for signing up!
The latest fashion, beauty and celeb news delivered right to your email #FASHIONforall Now, check your inbox to complete your subscription
We won’t ever use your email address for anything else
Want even more FASHION? Follow us on social media.