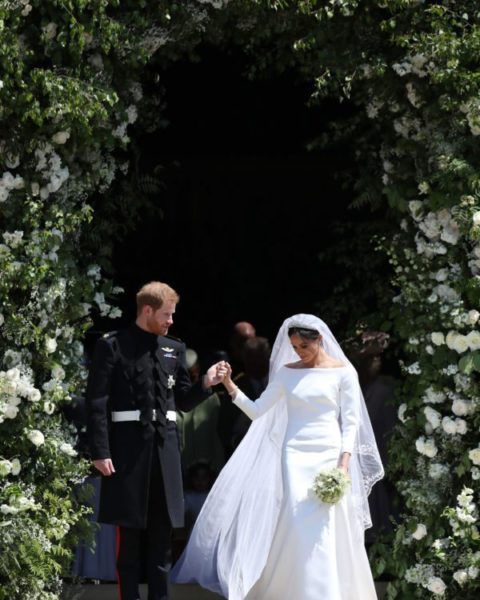 These Royal Wedding Floral Details Will Make You Weepy

Along with the arrival of Oprah, the unveiling of the dress and Prince Harry’s reaction to seeing Meghan Markle walk down the aisle, the floral details designed by Philippa Craddock were a highlight of the royal wedding.

Lush greenery not only framed the chapel entrance, it also acted as a stunning backdrop for the couple’s vows giving Windsor Castle the feel of a wild English garden.

Meghan’s white bouquet was as understated as her now-famous gown but, though minimal, the arrangement was filled with meaning. It included Princess Diana’s favourite flowers, forget-me-nots, alongside jasmine, sweet pea, lily of the valley, astilbe, astrantia and myrtle, which is a royal tradition. The particular myrtle included in Meghan’s bouquet came from the gardens at Osborne House on the Isle of Wight, from a plant which was planted by Queen Victoria in 1845. Queen Elizabeth had the same myrtle included in her wedding bouquet, as did Kate Middleton.

On top of all this, Harry hand-picked some of the blooms in the bouquet! He selected them from the couple’s private garden at their home at Kensington Palace and gave them to Philippa Craddock to include in Meghan’s arrangement.