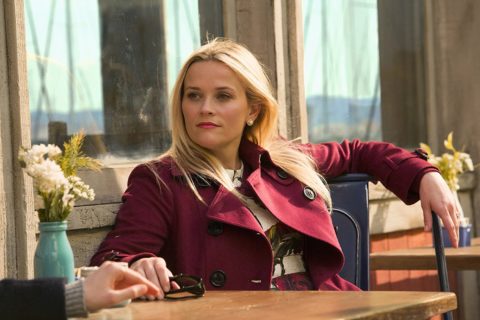 Yesterday, a picture from the set of Big Little Lies began doing the rounds on Twitter. It was an unlikely image: Reese Witherspoon, face set, hurling a fully-loaded ice-cream cone at the back of an unsuspecting Meryl Streep’s head. No, it wasn’t a moment of pure, unadulterated, juvenile anger or a case of Producers Gone Wild. It was, of course, Witherspoon’s character Madeline Mackenzie infuriated with Mary Louise Wright—mother to the now-deceased Perry—played by Streep.

Leave it to Witherspoon to respond to a Twitter user who tweeted: “I am praying Reese pelts Meryl with that ice cream.” Her reply? “Oh Matt! No need to pray. I got her ! ??”

There are already so many reasons to look forward to the second season of this award-winning show, but Witherspoon just gave us another.