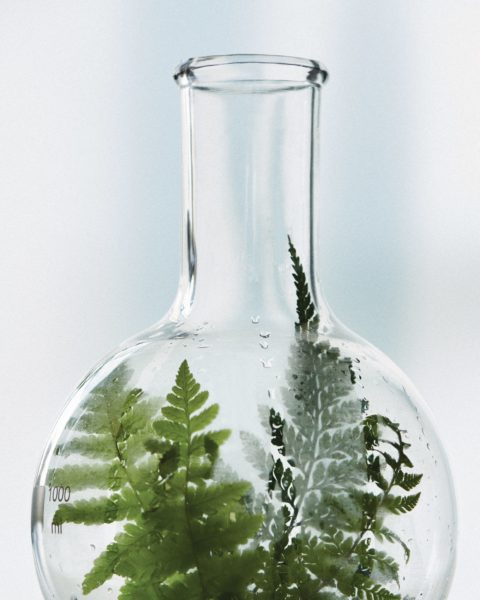 What Does It Really Mean When We Call Something “Sustainable”?

And should we stop?

Think of all the terms that have cropped up over the past several decades or so to describe the environmental movement. Reduce, reuse, recycle. Low footprint. Zero footprint. Zero waste. Going green. (NB: not the same as “going clear.”) Eco-friendly. Eco-chic. Eco-anything. In fact, the latter has become so prevalent that you can register a website with the suffix .eco.

Words have always been a big part of the environmental movement, and it’s no wonder why: It’s a movement that depends on communicating complex science in a way that will inspire people to change their behaviour. As the mainstream awoke to the ecological impact of their lifestyle choices, brands twigged to the idea that they could slap the word “green” on what they were hawking and call it a day. Along with all of this came, perhaps inevitably, “greenwashing,” a term introduced by environmentalist Jay Westerveld in the mid-1980s to describe the misleading techniques some brands used to market their products as more environmentally friendly than perhaps they were.

Words have always been a big part of the environmental movement, and it’s no wonder why: It’s a movement that depends on communicating complex science in a way that will inspire people to change their behaviour.

Which brings us to the term “sustainability,” the little black dress of the environmental movement, used by the general public, eco-warriors, politicians and corporations alike. There is sustainability branding and sustainable growth. Companies hire directors of sustainability, and some even release sustainability reports.

Every year, RobecoSAM, which calls itself a “sustainability investment firm,” totes up the sustainability practices of a host of businesses and ranks them gold, silver or bronze. Of course, others have different definitions. “Putting a warm beer in the fridge every time you take a cold one out” is what it means for one smartass on Urban Dictionary who was simultaneously poking fun at the ubiquity of the word and undermining it.

“Climate change has been transformed into a rhetorical contest more akin to the spectacle of a sports match.”

Yet the ubiquity of the word leads to other concerns, such as who has the authority to designate something as sustainable. “Climate change has been transformed into a rhetorical contest more akin to the spectacle of a sports match, pitting one side against the other with the goal of victory through the cynical use of politics, fear, distrust and intolerance,” writes Andrew J. Hoffman in his book How Culture Shapes the Climate Change Debate.

I asked Hoffman, who teaches sustainable enterprise at the University of Michigan, about the buzzwords he has come across over the years. “You can go back to the 1960s and they talk of ‘aesthetic pollution’ or ‘thermal pollution,’ among others,” he says. “Within the corporate sector, we talked of ‘pollution prevention,’ ‘waste minimization’ and ‘total quality environmental management.’” Where are we now? Today he points to buzzy terms such as “circular economy,” “sharing economy,” “conscious capitalism” and “sustainable consumption.”

“These kinds of terms create fodder for opposition. Green [whatever] is becoming code for a liberal agenda. All of this is a rhetorical war that distracts from the real issues.”

“These kinds of terms create fodder for opposition,” he says. “Green [whatever] is becoming code for a liberal agenda. All of this is a rhetorical war that distracts from the real issues.” But sustainability, in the way it is currently used, isn’t going anywhere, he admits.

So what do we talk about when we talk about sustainability? The term cropped up in its current context in the early 1970s as part of a study about the earth’s “carrying capacity,” according to American architect and design-thinker Lance Hosey in an article for Huffington Post. It took hold in 1987, when a United Nations-funded study offered up this definition: “Humanity has the ability to make development sustainable to ensure that it meets the needs of the present without compromising the ability of future generations to meet their own needs.”

“Humanity has the ability to make development sustainable to ensure that it meets the needs of the present without compromising the ability of future generations to meet their own needs.”

In other words, if we succeed at sustainability, our children’s children’s children will live in a world as rich—socially, economically and environment­ally—as the one we have now. The term only became zeitgeisty in the 2000s, after much more faddish neologisms (remember freegans and locavores?) began to fade away. Hosey was curious about when the word sustainability entered the mainstream lexicon, and, naturally, he noodled around on the Internet, discovering that it got more hits on Google than “Grand Canyon” or “Gandhi.” The point is that the term itself was becoming as popular as the actual practice of, well, living more sustainably.

Yet unlike “freegan” and “locavore,” the LBD of environmentalism is still a useful word. As Hoffman notes: “Sustainability is a broader term than climate change and focuses more on the solution than the problem.” The challenge is to reach people—and not only committed environmentalists—without alienating or, worse, boring them. Language, which we saw with greenwashing—and as Donald Trump’s Twitter activity has demonstrated—can be weaponized. And it is difficult to even write about all of this without using the very catchphrases that have become so cliché. “Our major obligation,” American broadcaster Edward R. Murrow once said, “is not to mistake slogans for solutions.”

“Sustainability is a broader term than climate change and focuses more on the solution than the problem.”

This would resonate with Joe Wade, who is the founder of Don’t Panic, a London and New York advertising agency that creates purpose-driven campaigns for charities such as Save the Children and Greenpeace, along with brands such as Google. I ask him how the language around sustainability has changed. He freely admits that he deploys a buzzword to describe Don’t Panic’s work: purpose. “Purpose is currently what all brands are looking to project to the public,” he says.

Wade suggests regulating the word so that something described as sustainable has the same kind of certification given to, say, organic products. But also at issue is what such a broad term actually means. While Canada and almost 200 other countries have adopted the UN’s 2030 Agenda for Sustainable Development, the word itself can be construed in many ways.

“Purpose is currently what all brands are looking to project to the public.”

The terms of the environmental movement keep changing, leading to what author and activist Douglas Gayeton called “term fatigue”: “[People] have climate fatigue because of terms like ‘carbon debt’: They didn’t really get it the first time, and they didn’t know what it meant the 20th time, so they just sort of tuned out,” he said in a 2014 interview about his project The Lexicon of Sustainability.

Whatever the challenges, Wade is not willing to do away with the language of sustainability. “We need corporations to want to modify their behaviour to earn the right to use the word sustainability.”

“Sustainability isn’t a trend; it’s an ethic. It can never become unfashionable, even if its language does.”

Even then, the challenge, Wade says, is not to become complacent. “Some people are going to think they are saving the rainforests with their choice of coffee, meaning they think their responsibility is over and no longer engage with a charity who may be doing some proper work.” Communicating the purpose behind the rhetoric will give these words we’ve been talking about true stickiness.

“Sustainability isn’t a trend; it’s an ethic. It can never become unfashionable, even if its language does,” averred Hosey. Or, as Wade told me, “more substantial and sustained action is required, whatever you call it!”

Photography by Florian Sommet/ Trunk Archive
Get the best of FASHION in your inbox Thanks for signing up!
The latest fashion, beauty and celeb news delivered right to your email #FASHIONforall Now, check your inbox to complete your subscription
We won’t ever use your email address for anything else
Want even more FASHION? Follow us on social media.